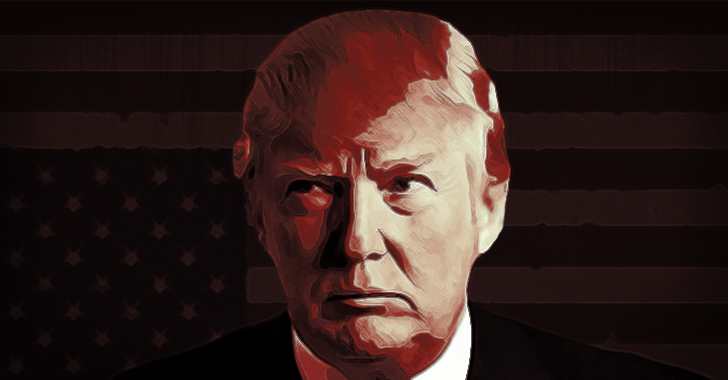 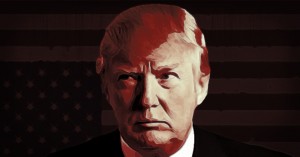 Here at The Anti Media, we have been a bit conflicted with our coverage of the 2016 presidential election. We tend to keep our discussion of presidential candidates to a minimum to avoid aching migraines. When it comes to Donald Trump (someone likely to give a fair amount of the population a migraine) we have tried to point out his flaws, his potential, and to highlight the stories the media ignores while it focuses on Trump’s traveling circus. However, for all the laughs to be had about Trump, one thing is certain: he has the media’s attention. Love him or hate him, he has somehow become the highest polling candidate in the Republican party.

Supporters of Trump like to point out that he is not afraid to be politically incorrect — that he speaks his mind. He is seen as a tough businessman who can get the economy back in shape. Or something like that.

The truth is that Trump is like all other politicians. He is after power and perhaps even believes he could do some good for the United States. That makes him even more dangerous. He believes his radical ideas are going to help unify this already heavily divided nation. Trump says that he would force millions of human beings to leave this country because they were born on the wrong side of a line on a map. Recently, Trump said he gets his military advice from watching television. Still, none of these issues are being ignored by the corporate media, so what exactly is “the question the media won’t ask Donald Trump”?

Why is Donald Trump’s name listed in a known pedophile’s “little black book?”

What is Trump’s role, if any, in the alleged sex rings operated by billionaire Jeffrey Epstein?

In early January of 2015, it was reported by the Daily Mail, then Gawker, and then Newsweek, that Donald Trump was listed among the friends of Jeffrey Epstein. Little is known about exactly how Epstein made his billions, but he is connected to many powerful businessmen — and royalty. Some of his friends include Prince Andrew, Duke of York. Newsweek wrote:

“‘An American woman called Virginia Roberts – now a married, 31-year-old mother of three – has filed an affidavit in a Florida federal court in which she swears in gruesome detail that the late press baron and pension fiddler Robert Maxwell’s daughter Ghislaine recruited her to satisfy the sexual needs of billionaire financier Jeffrey Epstein and his friends. Those friends, according to Roberts, included the Duke of York, now fifth in line to the throne, and celebrity lawyer Alan Dershowitz (best known for getting Claus von Bulow’s conviction for murdering his wife overturned). Buckingham Palace have denied everything more than once. Dershowitz is suing. From 1999 onwards, when she was just 15, Virginia spent much of her time on Epstein’s Boeing 727 – nickname, the ‘Lolita Express’ – on an unsavoury kind of world tour that included, she says, an orgy with Andrew on Epstein’s private island of Little St James, or ‘Little St Jeff.’ as it became known.”

Among the friends of Epstein are Stephen Hawking, Kevin Spacey, and even Bill Clinton (perhaps someone should ask Hillary about Epstein). So what exactly happened with “Little St. Jeff?” Newsweek continued:

“Some presidents and princes, having acquired a taste for the trappings of high office or monarchy, find it hard to resist the allure of the private jet. There were obviously other attractions for Prince Andrew and Bill Clinton – the private island in the Caribbean described by former staff as ‘like a five star hotel where nobody paid,’ the pretty girls offering massages, the on-tap chat about theoretical physics – but with his 600 flying hours a year to play with, usually with guests on board – Epstein had a lot of flight leverage. Which is why in this unseemly saga, just as Prince Andrew is being forced to issue what feel like daily denials about accusations of having sex with an underage girl at Mr Epstein’s many houses, eye-­popping names surface in the Caribbean sea.”

I am sure you are thinking, “Simply being associated with an accused pedophile does not make one a pedophile,” but allow me to continue before you close this article. Although the Newsweek story only gives Trump a one-line mention, his connection to Epstein still raises questions. The Daily Mail reported in January that it had obtained a copy of Epstein’s address book, which contained the list of all his associates. The address book came from Epstein’s former house manager, Alfredo Rodriguez, who was arrested in 2009 after attempting to sell it. Following the Daily Mail’s report, Gawker released a copy of the address book. Gawker reported:

“According to an FBI affidavit, Rodriguez described the address book and the information contained within it as the ‘Holy Grail’ or ‘Golden Nugget’ to unraveling Epstein’s sprawling child-sex network. But despite having been subpoenaed for everything he had on his former boss, Rodriguez didn’t share it with the FBI or Palm Beach Police Department detectives investigating Epstein. Instead, he tried to make a $50,000 score by covertly peddling the black book to one of the attorneys launching lawsuits at Epstein on behalf of his victims.

The plot backfired when the attorney reported Rodriguez to the FBI, and he was promptly charged with obstruction of justice. But not before he had, according to the FBI affidavit laying out the crime, marked up the book and an accompanying notepad with ‘handwritten notes’ that contained ‘information material to the underlying investigation that would have been extremely useful in investigating and prosecuting the case, including the names and contact information of material witnesses and additional victims.’”

When the story broke, Trump’s spokesman told Gawker, “Mr. Trump only knew Mr. Epstein as Mr. Trump owns the hottest and most luxurious club in Palm Beach, and Mr. Epstein would go there on occasion.”  With that, the media backed off the story and forgot about the Trump connection. The Donald officially launched his campaign on June 16, 2015. By that point, the topic had long since been buried under more sensationalist headlines and talking points. Hopefully, someone out there on the campaign trail will have the courage to ask Donald Trump to clarify his connection to this despicable situation. For what it’s worth, I encourage everyone to ask ALL the candidates tough questions and stop accepting their words as gospel.

For those interested in diving further down the rabbit hole of global sex slave rings and pedophile networks, I suggest further research on the royal families of Europe and the many reports that have surfaced over the years. Check this link (it is in Danish but there are English links at the bottom).

Don’t be fooled into thinking that all the vulgarity is reserved for the European authorities. American politicians also have a long, sordid history with these activities. One particular story worth knowing is called the Franklin Scandal. In short, it involves allegations of a child sex ring involving members of the Nebraska Republican Party from 1988 to 1991. The allegations led to investigations of Lawrence E. King Jr., who worked for the Franklin Community Federal Credit Union (FCFCU) in Omaha, Nebraska. Eventually, a grand jury would find that the stories were false, and the result of a vindictive former employee.

However, Nick Bryant, author of The Franklin Scandal: A Story of Powerbrokers, Child Abuse & Betrayal, said the story does not end there. As he told the American Commentary blog, “In the Washington DC section of the book I show — through the grand jury documentation I acquired about 200 of Lawrence King’s flight receipts.”

Bryant also discusses the now legendary documentary, Conspiracy of Silence. “It was going to be shown in the UK by the Discovery Channel, but they pulled the plug on it before it was finished. But someone in the production of this documentary felt it was so important that they leaked a copy of this documentary,” American Commentary noted. Bryant hosts a copy of Conspiracy of Silence on his website. For further studies, I also recommend The Franklin Cover-up: Child Abuse, Satanism, and Murder in Nebraska by John DeCamp, a former Republican member of the Nebraska Legislature.