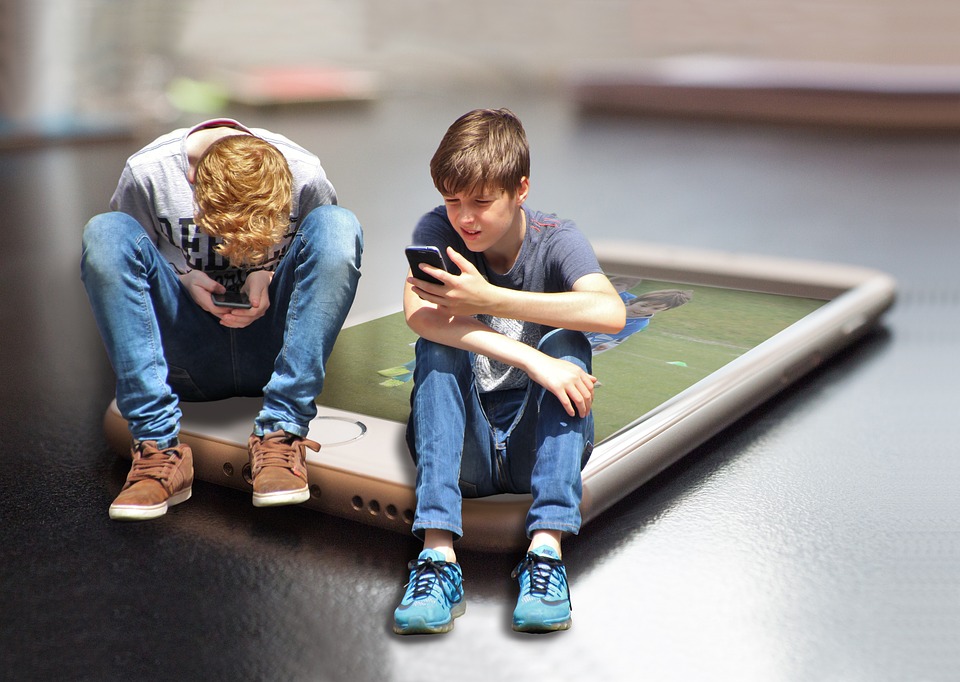 Technology has become a staple of modern education. Source: Time.

Australians have long moved past worrying about whether digital technology has a place in education, with schools, colleges and universities now replete with a catalogue of digital devices, systems and applications.

Because of this ubiquity, educational uses of technology tend to escape critical scrutiny and questioning, and most remain unaware of major privacy concerns raised when exploring how your children’s personal information is collected, stored and used at school.

TECHNOLOGY IN THE CLASSROOM

Technology in the classroom and schooling system in Australia has increased dramatically over the last decade, with ‘educational applications’ from a multitude of devices now used to deliver curriculum, and biometric technology used to record daily processes.

Students are now being given tablets, schools are teaching coding and standardised tests are delivered online or on a device – no longer on a piece of paper with a pencil or pen.

We first reported on a story in 2017 that parents have been told concerns about privacy are ‘unwarranted’ after being advised children as young as five will have their fingerprints scanned at school as part of a new biometric student attendance record-keeping program.

The Australian Privacy Foundation raised concerns at the time about the increasing use of technology in schools involving the collection and storage of personal information – such as fingerprinting for school library services, swipe cards for monitoring attendance, and the use of closed-circuit television (CCTV) for security purposes.

Since we first reported that story, the technological expansion of education in Australia has only gathered further momentum and justification.

Two weeks ago, The Age reported a story about an Australian mother, Marie-Claire, who discovered her eight-year-old daughter was being filmed at school without her permission.

The article describes how “well-meaning teachers” uploaded the footage to Seesaw, a popular app founded by a former Facebook executive, which sends parents regular updates on their children’s classroom progress.

This included test results, photos of their work and clips of class presentations.

It is all part of a trend in Australian classrooms towards ‘behaviour management apps’ that reward, penalise and compare young students learning curriculum, with the technology collating scorecards and storing data on your children instantaneously in the process.

Related: Big Brother is here, and his name is Facebook

The program is similar to Google’s G-suite for Education, which is used by 60 million teachers and students around the world, collects students’ names, year levels, home groups, schools, location information and stores their schoolwork.

Across the country, Darwin Languages Centre is currently using an app called ClassDojo, a behavior-tracking app that lets teacher’s award points or subtract them based on a student’s conduct.

Students sit before an interactive whiteboard and are fixated by flashing monsters and rewards called ‘Dojos’, and they are rewarded based on their engagement with the program, as reported.

For many teachers and parents, the trend is just a more technologically and visually advanced version of other reward systems, like marbles in a jar or star stickers on butcher’s paper.

In the United States and other countries where free apps like ClassDojo and Kahoot! are now used in most classrooms, the rise of these apps has been marred by controversy about data storage and privacy.

These apps are among innovations to emerge from the estimated $7.9 billion education software market aimed at students from prekindergarten through high school.

This includes Mark Zuckerberg throwing billions of dollars at personalised educational projects to ‘resolve’ the deep-rooted social problems that limit the success of education systems. He is also joined by fellow billionaire Bill Gates, who has a keen interest in this field.

All data used is owned by the free software’s developers, and apps like ClassDojo also do not seek explicit parental consent for teachers to log detailed information about a child’s conduct.

This information is then stored in data centres in the United States, Chile, Taiwan, Singapore, Ireland, Netherlands, Finland and Belgium.

There are also concerns about tracking features of the app, along with other unproven technologies that record sensitive information about students being adopted without sufficiently considering the ramifications for data privacy and fairness – like where and how the data might eventually be used.

Monash University education professor Dr Neil Selwyn said while technology played an important role in the classroom, parents were right to be concerned:

“There is often no due diligence or broader thinking about what the consequences are.

A lot of these apps are based on collecting data.”

According to Dr Selwyn, this data is used to improve products and then often sold to other companies for the creation of new services.

“Data about how people learn is very commercially valuable,” he said.

“These products are often free. If you aren’t paying for the product, you are the product.”

He said schools have to deal with data and privacy issues that they were not equipped to handle, and raised questions about tying up teachers’ time with technology and making education too focused on reporting, statistics and aggregated data.

He says the ‘carrot-and-stick method’ of classroom discipline as outmoded, and that behavior apps themselves are too subjective, enabling teachers to reward or penalise students for amorphous acts like “disrespect.”

Related: Secondary education was established to create “unity of thought”

The comments mirror a 2015 OECD report, which found students who used computers very frequently at school performed “a lot worse in most learning outcomes”.

In fact, a study of nearly 200 adolescents showed that those who were very high users of smartphones had significantly more problematic behaviours, including somatic symptoms, attentional deficits, and aggression, than did those who were low users.

In addition, the investigators note that the effects of smartphone overuse were similar to those of Internet overuse. Internet use has been included in Section 3 of the just-released fifth edition of the Diagnostic and Statistical Manual of Mental Disorders (DSM-5), the section of the manual reserved for conditions considered worthy of further research.

An Education Department spokesman said the department had conducted “privacy impact assessments” for a large range of online services.

“Schools access and use online services to support students to develop the skills they need to work online, and to gain the skills they will need to thrive in the digital economy and emerging career pathways,” he said.

The department said schools put in place alternative arrangements for students who opted out of technology.

Is your child protected at school?

Ring them and find out about your opt-out options today!!

Privacy Concerns for ClassDojo and Other Tracking Apps for Schoolchildren

Big Brother is here, and his name is Facebook

‘It was creepy’: the parents opting out

Secondary education was established to create “unity of thought”