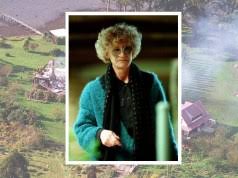 It is well time we rescued Martin Bryant from political prison. I believe the evidence confirms Martin Bryant was a manipulated victim at the Seascape Cottage siege, and did not kill anyone at the Port Arthur historical site. This is the only rational judgement that can be substantiated from all the information in its totality that is accessible to all Australians.

If Martin had been afforded proper legal counsel and process this is exactly what Martin’s testament and the forensic evidence would have revealed. Martin Bryant was persecuted by the responsible investigating authorities, he was persecuted and defamed by the media, and he was abandoned by the Australian public who were also victims of this horrendous caper.

It is somewhat a burden to have to stand up for truth when lies are the popular choice, but this matter is unique in modern Australian history. It has potent poisonous effects and dynamic impact on the free discussion of the conspiratorial dimensions of political power, and the bewitching role the media plays with clever associating word spells and targeted “witch” declarations.

Yes, conspiracies are real and are evidenced regularly in our courtrooms. Our history books are drenched in the criminal schemes of power.

The mob were instantly seething and frothing at Martin Bryant as a result of the overwhelming judgmental media crucixion. It was conducted both against him, and also against the social, legal, journalistic and political sensibilities of our Nation.

Shock was exploited to the maximum degree by willful political opportunism. Legal standards and due process that are the foundations and protector of civilized society, were trampled and abandoned. Gun confiscation was the visible result but deeper possessions like our freedom to speak and think were under much greater attack.

Martin Bryant principally, his mother Carleen, and all critical thinking defenders against deception, have had to endure the arrows of abuse and ostracism from the unthinking mob. But eventually the truth does seep into the public conversations, and the heresies are challenged, truth fights for its rightful ground in the arena of ideas. Truth eventually claims self-evident recognition when logic and reason overcome the manipulating self-interest of power, and its controlling narrow purpose.

Martin Bryant is growing old behind prison bars, yet still time is always on the side of truth, for no lie lasts forever. The ugly belly of our political realities is now in clear view in the Middle East.

The Australian Government is openly exposed as collaborating with the Al Qaeda/ISIS terrorists as their assisting air force while they operate as a US proxy, aiming at the overthrow of an elected Syrian Government. That should sober up our critical calibration of our information content and sources!

This conspiracy is confirmed by the documents. Are you getting the picture yet? This is the mischief of rich and powerful –tricky business for monopoly and profit.

The Port Arthur event, like no other in my life, imposed a tight monopoly over the critical thinking boundaries of Australians. The mastery of a national Delphi “group programming”, locked in a consensus narrative. It framed any hint of dissident questioning, or persuasion towards applying our Law. A declaration for Law and justice can be twisted to unbelievably corrupting effect if you have the props for the illusion!

The demon brand makers have their formula for influencing the public imagination honed to perfection.

But thinking for oneself, and observing various results, is coming back into fashion.

New information, new ideas, new understanding of how a false reality can be constructed to fool whole populations, demand different action as our reality is calibrated anew, and focused to achieve better outcomes and correct the now-learned, exposed errors.

This year is the 22th anniversary of the tragic Port Arthur event when 35 innocent people were killed, many more physically injured, and even greater numbers psychologically damaged. When all the available information is studied and calculated with a complete understanding of our present political and information realities it is impossible to escape the disgrace that Martin Bryant himself is one of the most maligned and defamed Australians in our lifetime. The brand is so powerful I cringe when I type “Martin Bryant is innocent”.

I read my first treatise on the “money trick” as a young man, in Lightning Over The Treasury Building, by John R. Elsom. I was both thrilled and traumatized to gain a shattering bolt of understanding of the world I lived in. This combined with a sobering realization that all the sources and agencies of information I had trusted and relied on, up until that time, were deeply corrupted.

In itself, Lightning Over The Treasury Building, is not well known at exposing the sorcery of the money-changer magical deceptions, yet it jolted me into motion on my journey towards recognizing and understanding many economic and political elements that were previously hidden from my conscious awareness.

The point is, I realized the world is governed by proven deceptive “banking” and “black art” techniques that have deep documented pedigrees and behavior patterns. These remain camouflaged unless very keen concentrated focus becomes our habit.

I had thought I was well-educated, I was very mistaken. Incredible lies were reported and published about Martin Bryant

to fuel the anger and revenge atmosphere that made it possible for our proper legal process to be transgressed with no outcry, as not even Hercules could have mustered the courage to speak out for justice in the emotion-drenched moment with media baying for Bryant’s blood.

Martin was framed as gun-obsessed, unpredictable, guilty of animal cruelty and bestiality, and devoid of humanity — such that none dared to say any contrary thought. This character assassination was made possible because he was intellectually impaired. He was 28 years old and was never considered anything but harmless.

The best basic collection of information, to gain some understanding of how far the truth about Martin Bryant is from the propaganda, is Keith Noble’s Mass Murder.

Only when due legal force is applied can all the questions be answered. Most Australians are not aware that for five months Martin consistently declared he never entered the Port Arthur historical site. After that, illegal strategies to manipulate Martin and his mother were put into effect by a lawyer, John Avery, who has since been jailed for corruption in other matters.

Most Australians are not aware that employees at the historical site who knew Martin testified it was not Martin. The truth can only be discovered in the proper processes of honest investigation, cross examination and transparent constituted legal process.

Martin Bryant is still waiting for justice and I stand with him even though I fear his experience has likely further damaged his already childlike perception of the world about him.

How accountable are we for our understanding of the world? The remedy is to be informed and speak out for what is true, that which works. Is there really any other option?

Christopher Brooks runs the Karingal dairy farm in the Goulburn Valley and is home-educating his children.

[Editor’s Note: This article appears as the Afterword to the book Port Arthur: Enough Is Enough by Mary W Maxwell and Dee McLachlan]