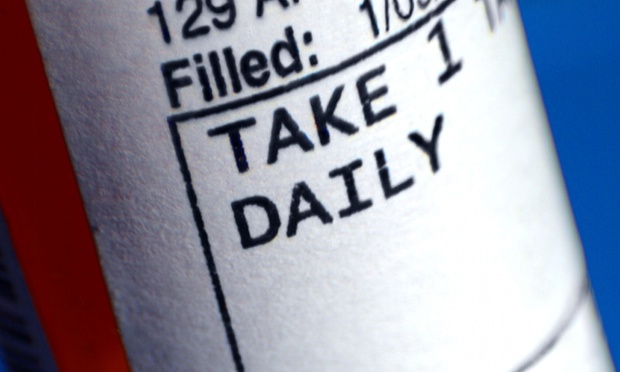 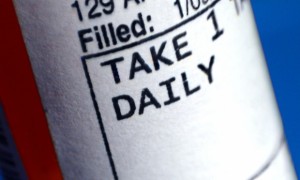 The number of deaths associated with prescription drugs used to treat stress, anxiety and insomnia are increasing at a “frightening” rate, a coroner has told attendees at a medical conference in Melbourne.

Prescription drugs were involved in 82% of the 384 overdose deaths investigated by the Victorian coroner’s court in 2014, Audrey Jamieson told the International Medicine in Addiction conference on Saturday.

This was 6% higher than the rate of deaths involving prescription drugs in 2011, she said, and almost double the number of deaths in which illicit drugs were involved.

Benzodiazepines were most commonly implicated in toxic deaths, Jamieson said, a class of drugs which includes the medicine more commonly known as Xanax, Serepax and Valium, prescribed for anxiety, panic and sleep disorders.

The stories you need to read, in one handy email

The drugs were involved in 55% of overdose deaths investigated by the court last year, compared with 49.7% four years ago.

“Benzodiazepines as a contributor to mixed-drug toxic deaths is there, you can see it in the statistics. I hardly ever investigate a matter where the cause of death is mixed drug use where a benzodiazepine isn’t seen.”

Opioids, used to treat pain, were implicated in 48.4% of deaths, followed by antidepressants and antipsychotics.

As of February last year, Australia’s drug regulator, the Therapeutic Good Administration, rescheduled Xanax to make it a controlled drug – a substance deemed to have a high potential for abuse and addiction – which means restrictions have been placed on its prescription.

And while it was too early to see the impact of this on deaths and hospital admissions, Xanax was not the only prescription drug being abused by Australians, the conference heard.

Their widespread abuse meant the harms they caused were second only to alcohol, and were significantly greater than harm caused by illicit drugs, Associate Professor Nicholas Lintzeris, who is director of drug and alcohol services at South Eastern Sydney local health district, said.

The impact was being felt across socioeconomic and age groups, he said, as more people used them to cope with even the short-term stresses of life.

“Historically in Australia, people over 60 or 70 were not identified as a population that used drugs or alcohol, but that’s changing now with baby boomers getting older,” Lintzeris said.

“They’re the first generation to use alcohol and prescription drugs more widely, and it doesn’t look like they’re slowing down in their 70s and 80s.”

There was a societal expectation that there was a pill for almost anything, and he said prescription monitoring systems to prevent “doctor shopping”, as well as better patient education about the risks and harms of prescription drugs, was needed.

Consumers needed to know that some prescription drugs, such as opioids, were highly addictive; that when taken in combination with other drugs such as alcohol, prescription drugs could be deadly; and that there were often non-drug alternatives, such as counselling or physiotherapy, that may work better for patients than drugs, he said.

Doctors also needed to reconsider prescribing so readily and widely, he said.

“We need much greater resilience in the community about what we can expect from healthcare and medicine,” Lintzeris said.

“There’s been over-reliance on medications to address those problems at the expense of talking therapy like counselling, and we also must look at how society is structured and how it may be causing harm.”

While sessions with a psychologist were currently subsidised by the government for conditions such as depression and anxiety, Lintzeris said no such subsidy for counselling occurred for patients suffering from chronic pain, making drugs too often the first choice for patients and doctors.

Speaking during a panel discussion on prescription drug abuse at the conference, Lintzeris called for government to force the pharmaceutical industry to make the harm profiles of drugs more readily available before they could be allowed into the market.

Dr Belinda Lloyd, who heads research at the Turning Point drug and alcohol centre in Melbourne, said it was important to ensure patients who needed pain and anxiety medications were not prevented from accessing them.

“It’s not about unduly limiting access to humane and proper healthcare, but we do need to balance that minimising risk of harm,” she said.

“We’ve seen a substantial increase in prescription drug availability and related harms in Australia. We need to enhance awareness of their risks.”

One thought on “Prescription drugs involved in 82% of overdose deaths, Victoria coroner says”