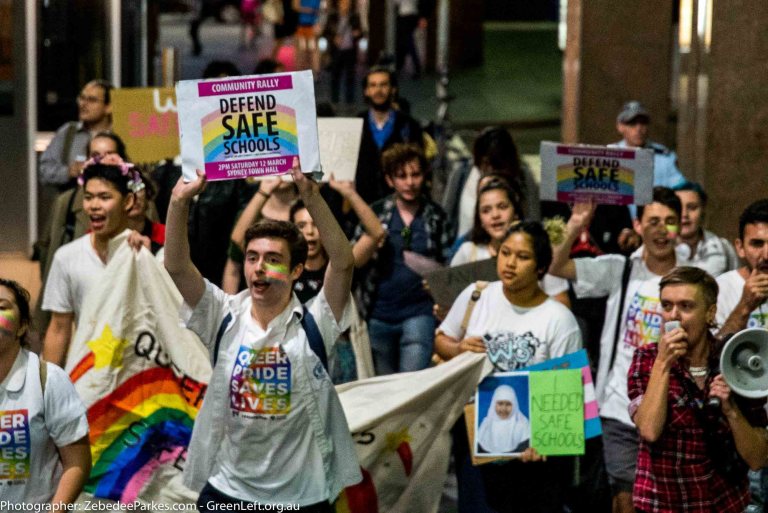 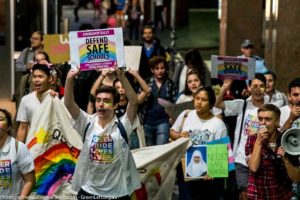 The Queensland government is set to make a new program with controversial links to gender theory websites compulsory in all schools across the state.

The move is part of a national push to ‘educate’ children about the nature of sexuality and relationships, however many are concerned this will leave the most vulnerable in our society exposed to hyper-sexual information.

BIRDS AND THE BEES

A new ‘Respectful Relationships’ program will be made compulsory in all Queensland state schools in a bid to end sexual assault and violence — but is that really what the program is about?

Research by family advocacy group YTOCW has revealed that the Respectful Relationships web page contains links to resources that include highly sexualised content and LGBT indoctrination.

After analysing the program, concerns parents have noted that the Year 3-6 Section has a link to Kids Helpline, which promotes Transgender Ideology.

The Year 7 to 10 Section, aimed at children as young as 11, encourages ‘sexting’ via a link to The Line website, stating “there are plenty of ways to have sexty time” and including a video featuring adults discussing their experiences with message communications.

Previous explicit articles on this website were removed after attention was drawn to them last year, including articles such as ‘Two reasons to have sex NOW‘ and ‘Sam Smith is non-binary, but what does that mean??’.

The Year 11-12 Section includes a link to ReachOut.com, which contains articles like ‘The Difference Between Gender, Sex and Sexuality.’

It also promotes the highly controversial Wear it Purple Day that has seen students bullied and ostracised for not openly promoting LGBTQ ideology.

The Year 11-12 section also links to the Relationship Things website, which asks students to select whether the following statement is ‘myth’ or ‘fact’: People are born as either male or female, and that’s how they should stay.

If you select ‘fact’ for this and other questions, you’ll be told:

“Hmm, it looks like you might need to think a bit more about how we can be respectful of diversity in our society”.

Remember, being different doesn’t mean we’re not equal, and we should keep celebrating diversity in our community.

Re-read the section above this quiz to think about diversity in more depth!”

It seems like the Queensland government’s program about ‘respect’ doesn’t seem to respect a diversity of opinions after all, and is funnelling children to websites for mass programming.

The moves follow other recent discoveries that state schools were using banned gender theory teachings across the state, including a story about the surfacing of a banned program.

In 2017, Queensland’s educational department says it wouldn’t move to stop a high school in the northern suburbs of Brisbane using a banned educational resource, which encourages students to think of gender as a spectrum rather than a strictly defined binary.

It was revealed that Mitchelton State High School introduced a radical new educational resource on ‘gender theory’ as part of its health studies curriculum.

In the radical resource, students are taught about gender identity with the ‘Genderbread Person’ — a play on the name of the holiday cookie — to teach them on how to identify themselves as either, “agender,” “bigender,” and “two spirit”, among others.

The program was developed by author Sam Killermann, who has written numerous books on the subject for distribution throughout schools, spreading through the United States to be included heavily in the curriculums of states such as California.

The underlying concepts of programs like this stem from shot topics in social discussions in society, including the recent explosion of gender dysphoria studies and behaviours.

The resource, which features a gingerbread figure as a mascot, teaches students about current theories of gender as not just divided into “man” and “woman”, but having several variations.

It also teaches the difference between biological sex and gender identity.

Along with local area groups in Brisbane, some parents are concerned their children’s sex education class is being incorporated with ‘Safe Schools’ gender theory without their prior knowledge.

This ideology is now sweeping across the nation.

Modern incarnations have of the controversial Safe Schools program have been announced with the release of our latest budget papers, following the passing of ‘marriage equality’ laws in 2017.

It was announced in January that the WA Government has rebranded the controversial Safe Schools program andmade it available to all primary and secondary schools across the state.

Tasmania has also recently tabled new legislation that attempts to remove gender from birth certificates, and South Australia has introduced a policy for transgender and intersex students to use the restroom of their choice — along with other “trans-friendly guidelines”.

This follows Victorian policy, which stipulates that “schools must support and respect a student’s choice to identify as their desired gender when this does not align with their designated sex at birth.”

Victoria has also banned Conversation Therapy methods that have been in place for a number of years, designed to challenge and questions children’s beliefs on gender in a structure psychological manner.

In New South Wales, the NSW Teachers Federation has released a list of themed films and associated teaching resources that it claims can be ‘incorporated’ into various syllabuses.

At universities, The University of Western Australia has adopted radical changes to policies to accommodate for the ideology, including defined guidelines on concepts such as “affirmed gender” and “transition”.

The University of Queensland has also introduced specific guides surrounding transgender pronouns and language concepts, and has developed specific courses for students.

Curtin University in Perth has also launched a number of new transgender initiatives, including a “trans-support group” for students to take workshops and discuss various aspects of the condition.

The University of Technology in Sydney has also rolled out “all-gender” bathrooms in support of gender diversity, following La Trobe University’s initial introduction of gender-neutral bathrooms.

Schooling is only just the beginning of how the LGBT lobby is brainwashing Australian children.

Has the Queensland Government Just Placed Gender Ideology in all State Schools? | Your Teaching Our Children What (YTOCW)

How the LGBT lobby is brainwashing Australian children | TOTT News