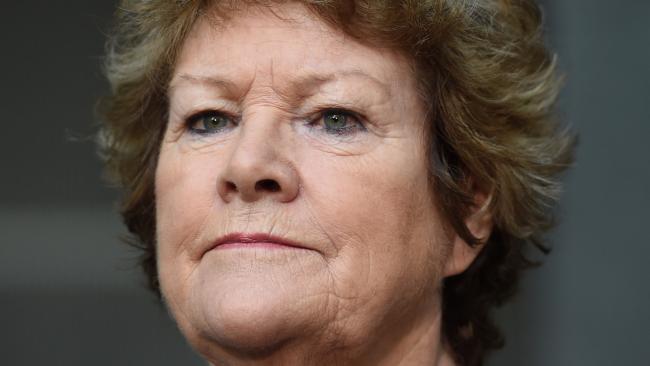 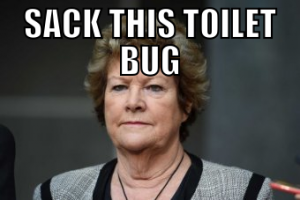 NOTE: Jillian Skinner is a disgusting toilet bug & needs to be immediately sacked along with having any future payments stopped. Why should tax payers have to pay for this piece of trash all the way to her stinking grave? This horrid & heartless grub is a pathetic excuse for a human being & to think that this creature is the NSW health minister defies belief. The Doctors involved in these baby deaths need to be charged with murder & gas company BOC along with the hospital Put through the wringer.

New South Wales Health Minister Jillian Skinner should be sacked over her response to a hospital error that led to the death of a newborn baby and left another with severe disabilities, the State Opposition says. 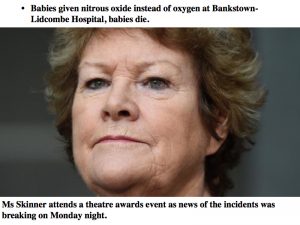 Labor Leader Luke Foley said it was grotesquely insensitive for Ms Skinner to attend a theatre awards event as news of the incidents was breaking on Monday night.

But Ms Skinner has defended her handling of the issue and rejected calls for her resignation, saying several investigations were underway and she had held off commenting publicly out of respect for the families’ requests for privacy.

She said both the Bankstown-Lidcombe Hospital, in Sydney’s south-west, and gas company BOC were responsible for checking a gas line, which administered nitrous oxide instead of oxygen to the babies.

She said it was usually up to an anaesthetist to provide the final sign-off on the administration of the gas.

The incidents happened in June and July — less than six months after revelations of another scandal at Sydney’s St Vincent’s Hospital, wheredozens of patients were given incorrect chemotherapy dosages from 2012.

“Today is the day where the Premier has to act and appoint a new health minister,” Mr Foley said.

“It is just grotesque that the Minister puts on the party frock and goes to the theatre after a tragedy like this, instead of making herself available for the families and those affected.”

PHOTO: Jillian Skinner was criticised for presenting a Helpmann Award on the night the news broke. (ABC News)

However, Ms Skinner defended her decision to attend the Helpmann Awards.

“That was a long-standing arrangement. I was representing the NSW Government,” she said.

“I spoke to the health officials in my office the minute I went in and the minute I came out of those awards.

“I will not be resigning.

“If it was found that there was total negligence, something that I personally could have prevented, that might be when I would say I’ll resign but I’m not convinced that that’s the case in this situation.”

Ms Skinner said she had arranged to speak to one of the affected families, and was hoping to speak to the other today.

“The reason I haven’t spoken to the families is because they asked for their privacy to be respected, and I always respect privacy.”

NSW Secretary of Health Elizabeth Koff said the surviving baby had a “poor prognosis”, but she was not at liberty to discuss the medical details.

“Unfortunately, we failed as a system in the delivery of these two babies, and for that we are profoundly apologetic,” Ms Koff said.

She said the problem related to a gas line, not a cylinder.

“This is not a portable oxygen cylinder we’re referring to — it’s piped through the cavity walls of the theatre or the resuscitation area,” Ms Koff said.

“All facilities were checked, and the theatre where the discrepancy was identified was closed immediately and continues to be closed.”

Ms Skinner said the error was discovered last week when a paediatrician raised concerns, and she was notified on Thursday.

She said investigations were being conducted by the Health Ministry, the NSW coroner’s office and BOC, which installed the gas outlet in July last year.

An independent obstetrician was also investigating and would provide an interim report within a week, which would be released publicly, Ms Skinner said.

Additionally, every operating theatre and medical gas outlet installed in NSW Health facilities over the past five years would be checked, and the Government would be reviewing its relationship with BOC.

“I’m advised that this is a very rare event,” Ms Skinner said.

“It’s the only known event of its kind in NSW Health and it’s usually the anaesthetist that has sign-off.

“There are protocols and Australian standards about checking the installation of these gases and we’ve checked, and we continue to check, and this will be part of the interim report due in a week, to see that all of the districts have followed those standards.”

Gas company BOC said it was saddened by the incident, and it was important to identify the “exact cause” of the tragedy.

“We deeply regret that these families are suffering pain and sorrow,” a statement from the company said.

“As soon as BOC was notified of the situation we cooperated fully with all investigations being undertaken by the NSW Government — the hospital, the NSW coroner, and the Ministry of Health teams.” 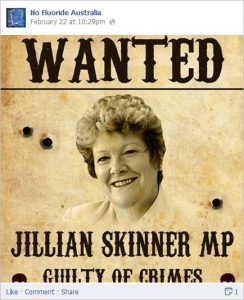 2 thoughts on “Sack The Disgusting Toilet Bug: Jillian Skinner should be sacked over her response to a hospital error”