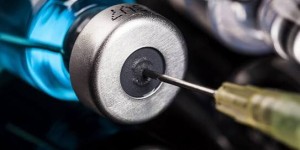 In a shocking turn of events the Queensland Government amends laws to now include young adults!

State legislators have just done what many in the alternative media have been predicting would happen for some time. That’s right, children and now adult vaccinations in order to receive family tax benefits and payments.

The new No Jab, No Pay laws (Social Services Legislation Amendment) have passed and will commence as of January 2016. This law was originally promoted and put in place to cease financial benefits to parents of children up to and including age 7 of whom weren’t complying with the immunization schedule set out by the Australian Government. Even the mainstream media pundits were reporting this fact. TV shows, news, newspaper, radio… all bases were covered.

Now however, there appears to be zero coverage in the media of the fact that the Queensland Government has snuck in a few small amendments to the law. Among these amendments in a few paragraphs and subsections is one that that states this….

What does this mean? It means that if parents of children aged 1 – 19 years old are receiving benefits and their kids aren’t fully vaccinated according to the schedule, they lose those benefits.

But hold on a moment…

Under Australian law you are legally classed as an Adult as of age 18. Therefore, the Queensland Government has now mandated that if you’re an adult and receiving family tax benefits and you’re not fully vaccinated according to their schedule you will cease to receive those same benefits so long as you’re under 20.

This shocking amendment is the first step in making vaccines compulsory across the board. Why else would the government have slipped this in?

Need more convincing that the next step is compulsory vaccines for all adults?

As of the end of 2016 the Childhood Immunization Register will simply be called the Australian Immunisation Register. Now why would that be?

[The purpose of the bill is to] expand the age range covered by the Australian Childhood Immunisation Register (ACIR) from children under seven years of age to ‘young individuals’ under 20 years of age (commencing from 1 January 2016).

Only a fool would be blind to the fact that the corporation acting as our government wants every single person fully vaccinated according to the schedule. A schedule which may have any number of vaccines added to it at any time.

Hundreds of vigilant parents and concerned citizens have been marching and demonstrating in major cities across the country hoping to wake up fellow Australians to what the establishment plans to do to us. They marched in solidarity demanding to retain the right freedom of choice without coercion. Even pro-vaxxers would retain the right to choose whether or not they or their children receive a jab.

Now it seems we’re yet another step closer to losing that choice.

Queensland childcare centres will have power to reject unvaccinated children

‘No jab no play’ law passed in Queensland

3 thoughts on “Shocking! Adults Now Fall Under No Jab, No Pay Vaccine Law”