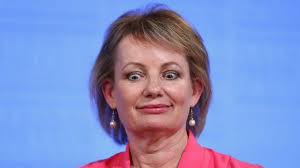 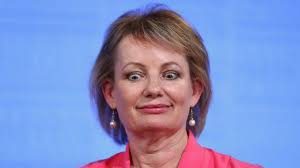 Should Health Minister Ley resign for approving a Type 2 diabetes drug with no scientific evidence and an increased risk of lower limb amputation?

Should Federal Health Minister Sussan Ley resign for approving a Type 2 diabetes drug with no scientific evidence and an increased risk of lower limb amputation?

the most damning conclusion I have yet seen in my battle V Big Pharma discussed at www.fightpharmacorruption.com:

The Cochrane Collaboration is strongly recognised by your Australian Government health regulators and the ANTI NATURE lobby group, the Friends of Science in Medicine. Together they repeatedly refer to the Cochrane review virtues, sometimes to table court evidence to deregister natural health practitioners for lack of Cochrane evidence, or sometimes for championing the destruction of all natural therapies through reports from the National Health and Medical Research Council.

Let me connect the dots for you in the next 8 messages.

Question 1: Why did Minister Ley advise consumers “not to be alarmed”with the  massive jump in the safety risk of losing your leg, or toe, by taking type 2 diabetes drugs, including Johnson & Johnson’s Canaglifloxin, known as INVOKANA in Australia?    See the release dated 7 June 2016 by the TGA at TGA increases risk of imputation for diabetes type 2 drugs

Question  2 : Why did Minister Ley ignore the internationally recognisedCochrane Collaboration’s review into diabetes Type 2 drugs, which concluded there was not a single proper scientific study which reviewed the efficacy or safety in their recent review published 21 April 2016? See No Evidence of a single trial according to gold star reviewer Cochrane Collaboration

Question 3 : Why did Minister Ley’s drug approval department, the Therapeutic Goods Administration, rely upon at least 12 scientific trials, which Cochrane Collaboration rejected for their lack of quality?

Question 4: Why is Minister Ley providing more work for surgeons? Ifdiabetes Type 2 drugs are not working, and are not safe, why are Minister Ley’s corrupt team sitting back saying “don’t be alarmed”, the “benefits outweigh the risks”?

What else are they covering up?

Question  6: Why if most people know there are more dodgy scientiststhan dodgy natural practitioners, do the scientists get off scott freeevery time, despite being the authors of mass deception with flawed, biased or plain corrupt medical trials?

Question  7 – Why are all those leg and toe loppers, hiding behind closedsurgery doors, with all your government protection and funding, not realising  their game is up, and that the public will rise up and assert their freedom of choice?

Question  8 – How could the NSW President of the AMA, Professor Brad Frankum, make such an embarrassing attack on the Health Australia Party claiming HAP misses the point, highlighting his profession’s success with diabetes but failing to mention the Cochrane scathing conclusion relating to Type 2 diabetes drugs.

Instead, Professor Frankum had a cheap shot at Health Australia Party, when he stated:

Minister Ley does these cover-ups all the time, as I learnt the hard way, when we locked horns last year with dementia drug of choice, Risperdal, a deadly concoction designed to shorten your parents’ lives I am sorry to say. I set out details below in this Post and refer you to an earlier post on Risperdal at Q to Alex Gorsky, Chairman/CEO of Johnson and Johnson, would you give your USA banned drug Risperdal to your father, if he had dementia?

Check out also this media article about Minister Ley, which I acknowledge cannot be fully accepted for authenticity, as it was published by the Sydney Morning Herald, which has an addiction to rather negative articles about Nature.

Health Minister Sussan Ley, who I say is part of a widespread corruption by Big Pharma, has excelled herself beyond my wildest dreams with her unsustainable position on these Type 2 diabetes drugs.

is about as bad as it can get.

Yet Minister Ley is responsible

for the public being informed

“the Benefits outweigh the Risks”

or be sacked by Malcolm Turnbull.

My mission is to FightPharmaCorruption and swing the $150 billion health budget pendulum from largely 100% chemical health now to an equal 50:50 split with natural health over the next 20 years. See my more detailed mission statement at www.fightpharmacorruption.com

I know Minister Ley, as one of my key Linkedin contacts, will not take offence with me saying she is part of a widespread corruption, because anyone dealing with Big Pharma is now assumed to be corrupt unless proven innocent in the United States, such has been the wealth of corruption cases run by the US Department of Justice for the last 15 years.

The burden of proof about drug company ethics shifted a long time ago in the public’s eyes, just like our politicians have reversed the burden of proof for all natural therapy professionals. In fact your politicians, through the NHMRC report on 17 Natural Therapy professions in 2015, have settled on the “lack of evidence” outcome to hang you for sure if you are called up for scrutiny.

Minister Ley and I had quite a stoush last year, when I mounted a rather aggressive, but “behind the scenes” campaign to have dementia drug Risperdal banned for dementia. In the end, a ban was placed on using Risperdal in patients with mixed dementia and vascular dementia, plus a maximum time period of 10 weeks for Alzheimers Disease. Many other groups were also campaigning too of course over many years.

Sorry Minister Ley and Minister Greg Hunt, I haven’t forgotten our Risperdal “battle” between May-August 2015. Let’s finish that sordid affair with the election clock ticking down in the last week of this election cycle. I am hoping one or both Ministers will be “forced” to come clean with the election heat on. Just like last year when the TGA partially banned Risperdal within 48 hours of strong discussions I had with Greg Hunt and Graeme Samuel.

Greg is a genuine human being, but I say handcuffed by his Party. The quick partial banning had everything to do with Greg being publicly exposed last year on his 500km pilgrimage around his Flinders electorate, to educate primary school kids with his vision for their long term health.

Greg knows that there were two issues back then for which I wanted him to go public. I took the partial win on the Risperdal ban for dementia, a drug which was crippling my elderly mother, who passed away a month ago.

I went quiet on the second extraordinary side effect of Risperdal well known in the USA, but covered up by our Liberal Party top guns. Let’s see what happens with this curly one, as it relates to that disease that is not caused by anything –AUTISM.

I repeat my mission is to FightPharmaCorruption and swing the $150 billion health budget pendulum from largely 100% chemical health now to an equal 50:50 split with natural health over the next 20 years. See my more detailed mission statement atwww.fightpharmacorruption.com

Uniting the natural health practitioners, and their patients, will prove a formidable force on the political scene, as social media drives the transparency that every government is desperate to deny.

No doubt most of Minister Ley’s staff and hangers-on are unregulated, unregistered,  unchecked, unlicensed, unvaccinated, unknown and unable out of fear to whistle-blow to me, about the daily carnage in our Health Department.

I would love to privately chat in confidence to anyone inside the TGA that has a large conscience, exceptional courage and a sense of duty to his fellow human beings.

My phone number is 0402 904749 and email is glittle@frenchislandretreat.com.au

Here is the TGA report on the increased amputation risk of Canaglifloxin, known as INVOKANA in Australia, for you to examine yourself

Consumers and health professionals are advised that an ongoing clinical study involving canagliflozin has identified a potential increased risk of requiring lower limb amputations, primarily of the toes.

Canagliflozin, which is also known as Invokana in Australia, is a medicine used to lower blood glucose in adult patients with type 2 diabetes.

A two-fold higher incidence of lower limb amputations, primarily of the toes, has been seen in the ongoing CANagliflozin cardioVascular Assessment Study (CANVAS). The reasons for this increase are not currently known, however dehydration and volume depletion may play a role.

It should be noted that CANVAS involves patients at high risk of problems with the heart and blood vessels, and that lower limb amputations occurred in both the canagliflozin and placebo groups in the study.

Patients with diabetes (especially those with poorly controlled diabetes and pre-existing problems with the heart and blood vessels) are at increased risk of infection and ulceration that can lead to requiring lower limb amputations.

If you or someone you care for is taking canagliflozin, you should be aware of this issue but not alarmed.

All patients with diabetes have a risk of foot complications. It is very important that you undertake routine preventative foot care and immediately notify your doctor if you experience ulceration, discolouration or new pain or tenderness in your foot or toes. It is also important to remain well hydrated and to be aware of the signs and symptoms of dehydration and volume depletion.

If you have any questions or concerns about this issue, speak to your diabetes nurse educator or other health professional.

If you are treating patients who are taking canagliflozin advise them of this issue, but reassure them that the increased risk of requiring lower limb amputation is not high and the benefits of taking their medicine likely still outweighs the risks.

No increase in lower limb amputations was seen in 12 other completed clinical trials with canagliflozin. You are reminded to follow established diabetes care practice guidelines in patients treated with canagliflozin, including:

Please refer to the Product Information for canagliflozin(link is external) for complete prescribing information.

CANVAS is a long-term study to look at whether canagliflozin reduces cardiovascular disease. It compares the effects of canagliflozin and placebo, together with standard care in diabetes patients at high risk of heart problems.

The Independent Data Monitoring Committee for CANVAS and CANVAS-R has recommended that both trials should continue.

Consumers and health professionals are encouraged to report problems with medicines or vaccines. Your report will contribute to the TGA’s monitoring of these products.

The TGA cannot give advice about an individual’s medical condition. You are strongly encouraged to talk with a health professional if you are concerned about a possible adverse event associated with a medicine or vaccine.”