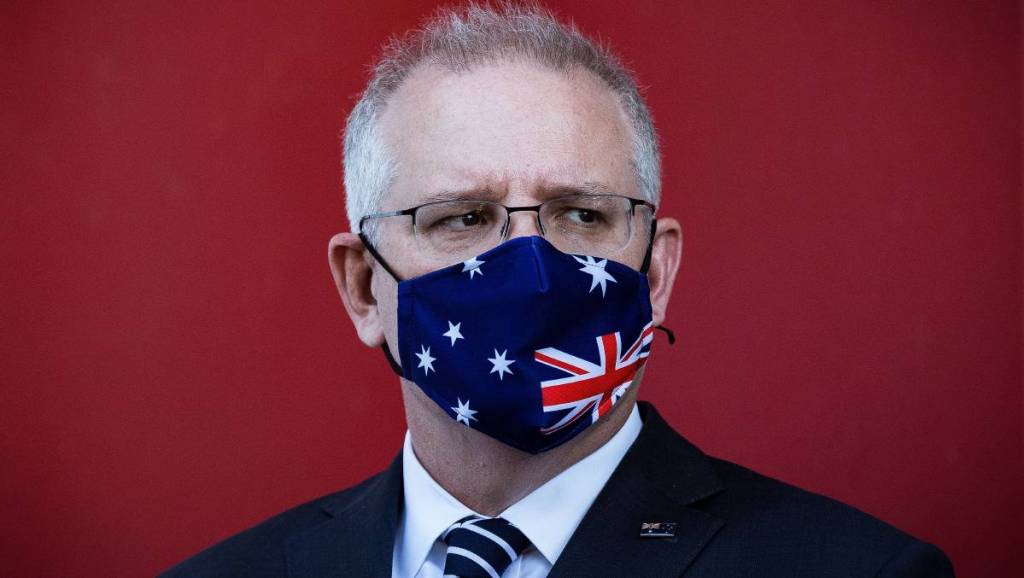 A picture worth a thousand words?
Photo: QPL

Vaccinated Australians will get “special rules” to avoid lockdown restrictions once 70 per cent of the adult population have had two doses, it has been announced.

The coming creation of a two-tier class system of society, based on personal medical decisions of free individuals, was detailed by the Prime Minister in a press conference last night.

Scott Morrison has announced vaccine targets for eased restrictions, saying that 70% of the adult population needed to be fully vaccinated before the country can begin moving back to ‘normal’.

States and the federal government had agreed to the target at national cabinet, it has been revealed.

It was announced that this target would need to be reached nationally, and then in any individual state, before restrictions could be eased.

The most important news to come from this press conference, however, relates to what happens after Australia moves into ‘Phase B’, as it has been described.

Once this objective is achieved, only the vaccinated will gain privileges permitting to this plan.

Vaccinated people will be placed under fewer restrictions, caps on returning Australians will be abolished, and restrictions on vaccinated travellers leaving the country will be removed:

The Prime Minster says 80 per cent would be required to reach ‘Phase C’, and at this point, vaccinated residents will have no restrictions, meaning they can leave the country and not be subject to “broad metropolitan lockdowns”.

70 per cent and higher is a large target in comparison with the rest of the world.

“I note there are only two countries, significant countries, that have reached a 70 per cent level of vaccination, double-dose of their eligible vaccination – the United Kingdom and Israel,” Morrison said.

ScoMo reveals his true colours, after months of floating the ‘voluntary nature’ of the vaccine.

A new two-tier system is being developed based on the personal medical decisions of free individuals, in scenes that can only be compared to tyrannical regimes of history.

The underpinning of this narrative will be the 21st century ‘health threats’.

‘A DANGER TO OTHERS’: PM

Morrison floated these ideas yesterday in an interview with 3AW, where he told Neil Mitchell there will be restrictions on what unvaccinated Australians can do.

“If you’re not vaccinated, you present a greater health risk to yourself and to others, than people who are vaccinated … and public health decisions will have to be made on that basis.”

It was predicted years ago that critical thinkers would soon become the new ‘terror threats’ to the establishment; the modern thought-criminals, as so aptly coined by George Orwell in 1949.

‘Public health experts’ have said unvaccinated people make it easier for the ‘more dangerous’ Delta variant of the virus to ‘spread’, and for ‘new strains to develop’.

However, overseas studies show us the vaccines don’t work. They were never the ‘way out’.

The public are more angry at ‘anti-vaxxers’ (pro-choice advocates), then they are of the ‘science’ not working as was originally promised at the beginning.

Furthermore, in the exact same interview, Scott Morrison refused to guarantee Australia will be open by the end of the year.

The restrictions will only continue to morph over time, as they have already.

Wait until the triple-jabbers begin to turn on the double-jabbers!

The ultimate goal has always been not for ‘safety’ or ‘security’, but for the creation of a new-age caste system, underpinned by a sick, dumbed-down, compliant populous.

Let’s not forget that these announcements directly contradict his comments just last week:

It has been said time and time again..

The government is NOT your friend.

This is THE man that originally passed the controversial ‘No Jab, No Pay’ policy after all.

Beware the deceivers and their false messages.