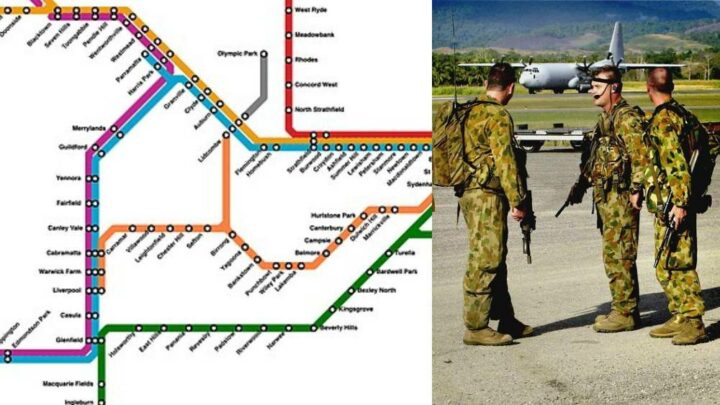 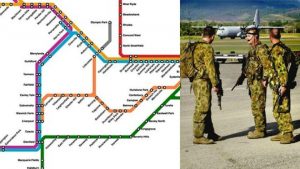 There have been over 200 defence force personnel assisting at Sydney Airport and with quarantine operations in NSW since the beginning of the pandemic. However, deploying the army to police citizens on their front doorsteps is a very different matter.

NSW police minister David Elliott told the Today program last Friday, that soldiers will be providing NSW police with “extra capability when it comes to ensuring compliance”, adding it’s necessary due to a “very active small minority… that think the laws don’t apply to them”.

The troops won’t be armed or have any official powers. And the terms of the deployment, as well as official orders, aren’t publicly available.

However, it’s lost upon no one that the troops have been sent out straight after a huge and illegal anti-lockdown protest happened the weekend prior to the deployment request.

A show of force

There are two means by which the ADF can be deployed to the domestic sphere to provide assistance during times of crisis. These comprise of defence assistance to the civil community (DACC) and defence force aid to the civil authority (DFACA).

The DACC provisions are governed by official ADF policy. And according to emergency and military law expertANU Professor Michael Eburn, it’s the assistance to the civil community protocols that are most likely being utilised for the western Sydney deployment.

DACC assistance is provided upon request and falls within two classes of assistance: emergency and non-emergency. These classes are then broken down into three categories each. And these six categories that warrant DACC assistance, don’t provide for “the use, or potential use, of force”.

Writing in the Big Smoke, Eburn posits that the ADF has been deployed to western Sydney under the provision one of two categories.

Deployment under these categories provides ADF troops with no particular enforcement powers and nor are they empowered to give directives. Eburn outlines that while it may be an offence to break restrictions, there’s no offence committed if an individual fails to follow a soldier’s order.

However, there are laws that enable the ADF to be deployed to assist state and territory law enforcement, which provide troops with the potential to use force – intrusive or coercive acts – during this assistance.

Known as DFACA, the powers are contained under part IIIAAA of the Defence Act 1903 (Cth) (the Act). And these are the types of measures that would be used if the government wanted to suppress a sustained uprising by, say, a large, coordinated group of citizens breaching COVID restrictions.

Indeed, the Turnbull-Morrison government streamlined the ability of the PM and other designated ministers to deploy the military domestically, under the Defence Amendment (Call Out of the Australian Defence Force) Bill 2018.

So, rather than a measure of last resort, the executive can now deploy the military to enhance the capabilities of state and territory police in dealing with a threat of “domestic violence”, under the auspices of section 119of the Australian Constitution.

The rather broad term domestic violence is left undefined within the founding document. However, it is designated as something distinct from “invasion” in that section of the Constitution.

Leading on from this late 2018 beefing up of call out provisions, the Morrison government passed a further bill last December, that streamlined the ability of the executive to deploy ADF reservists to domestic violence situations as well.

Section 33 of the Defence Act provides the governor general with the power to call out ADF troops to assist with domestic violence issues that threaten Commonwealth interests.

While section 35 of the Act allows for the call out of the ADF to assist state or territory law enforcement with “occurring, or likely to occur,” domestic violence situations if the PM, the attorney general or the defence minister is satisfied the situation requires it.

Special powers are bestowed to domestically deployed troops, via section 46, when capturing or recapturing a location, or when preventing or protecting against threats or acts of violence.

These include powers to control movement, search and seizure powers, the ability to detain citizens, to question them and to give them orders.

In terms of “protest, dissent, assembly or industrial action”, section 39 of the Act limits the powers of ADF troops to interfere in such matters, “except if there is a reasonable likelihood of the death of, or serious injury to, persons or serious damage to property”.

Section 123 provides ADF personnel with immunity from state laws in relation to registering a “vehicle, vessel, animal, firearm or other thing”. And section 123AA provides immunity to any civil or criminal liability in relation to anything done “in good faith” during such domestic operations.

So, while the communities of southwest and western Sydney won’t be subjected to troops enforcing powers, this deployment – which defence minister Peter Dutton is referring to as a “force multiplier” – is raising consternation for other reasons.

The communities in the eight LGAs to be patrolled – Fairfield, Liverpool, Canterbury-Bankstown, Cumberland, Blacktown, Parramatta, Georges River and Campbelltown – have large refugee populations who may be retraumatised due to their previous military dealings.

While these regions also have large First Nations communities who are already subjected to oppressive forms of overpolicing as part of their daily lives.

Yet, there’s a broader aspect to this use of the military to assist in managing restriction compliance, and that’s the ever-creeping militarisation of public life, whether that be via the coordination of the COVID-19 vaccines or turning the Australia Border Force into a paramilitary institution.

Last month, Australian peace activist Jacob Grech told Sydney Criminal Lawyers that “the military is a bigger and bigger part of our everyday lives”, and it’s “main focus, as assistance defence minister Hastie said around Anzac Day, is the application of lethal violence.”

“So, every time we are looking at other issues and areas where the military are involved – whether it’s with education or vaccine rollout – we have to remember that their main application is lethal violence.”