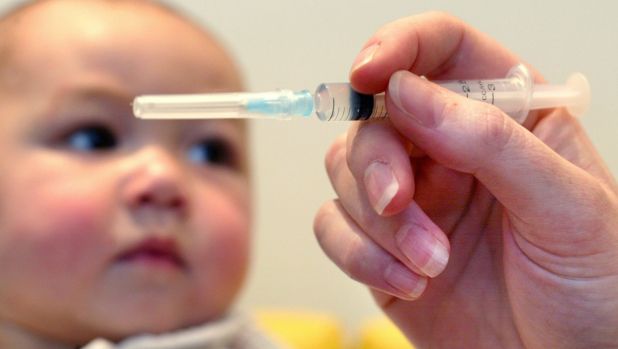 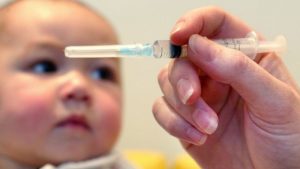 In January this year, the No Jab No Pay legislation came into force. This legislation is coercive, and perceived by many to be unethical. Clearly there is an intention to extend what is in effect mandatory vaccination for vaccine preventable diseases to the whole population. As we rush to implement mandatory vaccination incrementally, we need to be mindful of how mass campaigns for the common good have had unintended consequences. Informed consent, which has been a foundation principle of Medicine is being over-ridden by the need to ‘protect the herd’.

In January this year, fittingly the Year of the Monkey, the Journal of Infectious Diseases Advance Access published “Epidemic history and iatrogenic transmission of blood-borne viruses in mid-20th century Kinshasa.” by Catherine Hogan et.al.  The HIV-1 epidemic “grew more slowly before 1950, then transitioned to a much faster exponential growth sometime between 1952 and 1968.”  Their findings “represent the first empirical evidence for the hypothesis that iatrogenic transmission played a role in the emergence of the HIV-1 in Kinshasa in the mid-20th Century.” We know that those interventions were coercive, and may have been forced on the population with the best of intentions, and yet unintended consequences can remain hidden for decades.

As NSW Health gears up to deal with the next global pandemic, and as the NHMRC moves to expand medical procedures involving animal to human transplantation, (inclusive of vaccines) we might all pause to consider the potential for iatrogenic (TREATMENT) harm, and the loss of unsuspected benefits from some self limiting infections.”

As heath authorities warn of the life threatening potential of vaccine preventable diseases such as measles, it may be useful to look back to see how these diseases were perceived at the time vaccines for their elimination were introduced. Overviewing the Medical Importance of Measles in the American Journal of Diseases in Children, in 1962; vol 3: 54-56 Alexander D Langmuir MD from CDC describes measles as a “self limiting infection of short duration, moderate severity, and low fatality.” He noted the steady downward trend in mortality till 1955, when death rates in the United States had levelled out at 0.2-0.4 /100,000; with highest mortality occurring in the age group 6-12 months.  When asked “Why do you wish to eradicate measles?” Dr Langmuir replied, as would Hilliary when asked why he wished to climb Mount Everest. “Because it is there.”

However low the mortality, no death is insignificant, especially for the family. Notwithstanding this, we need to be mindful of the trade-offs. Numerous studies have demonstrated the beneficial impact of early childhood measles, in protecting a person from later developing cancer. Gilham et al found that infants with the least exposure to common infections have the greatest risk of developing childhood leukaemia. [BMJ 2005; 330:1294.] Glaser et al found that lymphoid cancer is significantly more likely in adults who were not infected with measles, mumps or rubella in childhood. [Int. J Cancer2005; 115(4): 599-605. Moreover, as this current cohort of mothers give birth, their offspring have been forfeited the benefit of trans-placental passive immunity, as they themselves have not developed natural long term immunity.

With rising rates of Autism spectrum disorder, autoimmune disease and allergy, there are real concerns amongst parents, especially those who are better educated and informed. The science is not conclusive on vaccine safety, particularly for those with a past history of peri-natal trauma and hypoxia-ischaemic encephalopathy. The emerging narrative being pushed by Science is that Autism needs to be accepted as a norm, and is a contingent on genetic polymorphism. Ie there is nothing that can be done.

A Cochrane Database Systemic Review in 2012 Feb 15;2:CD004407.doi Vaccines for measles , mumps and rubella in children. By Demicheli et al concluded that “MMR vaccine was unlikely to be associated with autism, asthma, leukaemia , hayfever, type 1 diabetes , gait disturbance , Crohn’s disease , demyelinating diseases , bacterial or viral infections”; BUT that “the design and reporting of safety outcomes in MMR vaccine studies, both pre-and post-marketing, are largely inadequate.” Is this really good enough?

We know that the study population that should be scrutinised are children with a history of peri-partum and early childhood trauma. Children whose mother’s have serious infections in pregnancy or the 15% of mothers who have an epidural in labour complicated by consequent fever –these children are at risk. And what of the follow through? The parents who give a very convincing story of their child being damaged after a vaccine event, often also give a history of early trauma.  Be it Autism, Schizophrenia, diabetes, autoimmune disease or cancer, early traumas and subsequent emotional dys-regulation are foundational. Emotional health forms the scaffolding for all future development.

Many mothers will have the experience of their unborn child being monitored in labour. Monitoring Heart Rate Variability is a powerful, non-invasive technology used to detect autonomic stress, a core biological component of emotional and physical health. However, when they leave the labour ward, heart rate variability monitoring ceases.

As long as we believe in vaccines as an article of faith, we refuse to investigate the possibility that vaccines, amongst other environmental toxins may cause harm.

We need to systematically look for unintended consequences of vaccines, based on the hypothesis that vaccines may harm. This has to happen at the coalface. General Practice is automated to order pathology and prescribe scripts, but not to carefully document vaccine associated harm.

We do harm as we excessively vaccinate. We do harm not listening to our parents.  And we do harm as we neglect to follow through, with due diligence, children who have suffered perinatal or early childhood trauma.

As a community, we need to trust our Public Heath systems. Public –private partnerships are fraught with moral hazard. The man in the street knows the Pharmaceutical research industry is corrupt. Rather than jumping to their defence, we should be demanding more transparency. 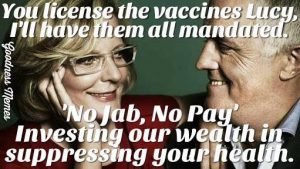