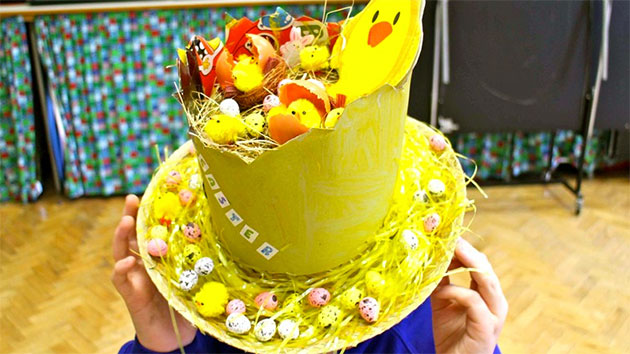 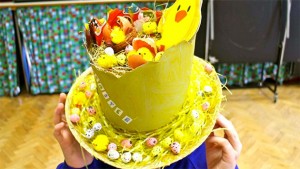 The principal of a Sydney public school has come under scrutiny after he banned the use of the word ‘Easter’ from the school’s annual Easter Hat Parade.

Bondi Public School principal Michael Jones reportedly called for the word to be dumped from the annual celebration held on Thursday.

A concerned parent, speaking under the condition of anonymity, told The Australian newspaper that other parents are too afraid to speak out over fears they will suffer similar consequences to those who did so when Mr Jones moved to ban the same word five years ago.

“All the hats have eggs on them. I wanted to speak out ­because this is ridiculous — but I can’t make a scene,” one parent said.

“Plus the kids won’t understand at this age, it’s only kindergarten to Year 2 because the older kids don’t do it any more.”

“I know what happened to the previous people who came out and spoke against it last time,” another exclaimed.

Principal Jones told parents in a newsletter in 2011 that the move was to make the school ‘more inclusive’.

“As we are an inclusive community which celebrates our diverse range of cultures and beliefs, I have not called it an Easter Hat parade,” Mr Jones wrote.

“Many religious celebrations occur at this time of year but we want to include all students in any celebration at school. Teachers will talk to students about the different celebrations and the emphasis will be on tolerance and understanding.”

HAVE YOUR SAY: Do you think it’s necessary to ban the word Easter to create an inclusive community?

A poll run on the 7 News Australia Facebook page showed the majority of users disagreed with Principal Jones’ decision.

“They shouldn’t ban easter celebrations at school! We are a Christian country and have been celebrating Lent for hundreds of years! What’s next ban Christmas too! Please don’t get me started!” one user exclaimed.

“This principal has completely lost his/her marbles. I’m not Christian, but what on earth is offensive to any other religion about Easter? Never once in my life have I heard anyone secular or from ANY religion go “Awww it’s Easter, how offensive.” It’s a fricking hat parade for the kids! Get a grip,” said another.

However, there were opposing arguments among the comments within the poll.

“We aren’t a Christian country. We’re a secular country free to choose our religion. Its not just migrants who may not want to participate, it’s not a matter of “go back to your own countries,” said a woman on the 7 News Facebook page.

“There are lots of Australians who don’t celebrate Easter, after all we are not all Christian,” added another.

A NSW Department of Education spokesperson told Yahoo7 News that the hat parade would go ahead, but wouldn’t confirm whether the name had been banned or not.

“Bondi Public School will be holding its annual hat-parade on Thursday morning,” the statement said.

“Holding and naming such events is a local management decision made at the school level.

“Bondi Public School strongly encourages parents to raise any concerns directly with the principal or a member of staff.”

The Department of Education also denied being involved in the alleged removal of parents’ negative comments from the school’s Facebook page.

“The school’s website does not have a comments section. The school is not an administrator of the Facebook page for parents,” the Department said.