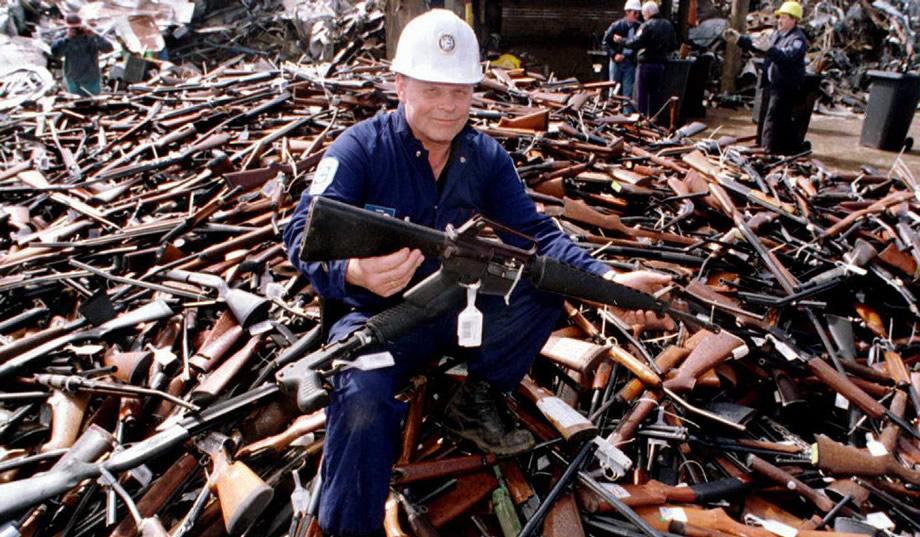 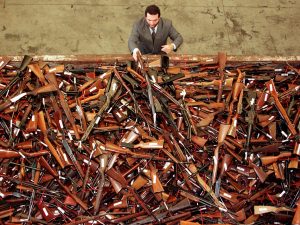 THIS year marked the 20th anniversary of the Port Arthur tragedy, and the same prohibitionist groups have been exploiting this as they have for the past two decades.

The Port Arthur tragedy is not now mentioned without referring to banning the Adler lever-action shotgun.

While no one denies what happened at Port Arthur was an unprecedented tragedy, Norway had a massacre in 2011 that claimed 77 lives and yet there was no gun buyback or tightening of their gun laws. There has not been a repeat despite citizens having access to the same types of firearms used by Anders Brievek and Martin Bryant.

New Zealand has not had a mass shooting since 1997 and likewise allows its citizens the same semiautomatic, high-powered firearms as do some European countries.

The proposition you can vicariously control criminal or psychopathic behaviour by confiscating private property and burying law-abiding citizens under a mountain of regulation is simply absurd.

Former Australian prime minister John Howard has claimed success because there had not been another mass shooting. The reality is last year we had our first mass shooting (four or more victims in a single incident) when a man shot his wife and three children before taking his own life at Lockhart, NSW. Mental health issues were a factor and firearms had been confiscated from this house previously.

Since the National Firearms Agreement, we have had seven massacres resulting in 62 victims and 17 were children. Only one of these murder sprees involved the perpetrator using a firearm.

It is irrelevant whether the murders were carried out with a firearm or any other method, the end result was exactly the same for the family, friends and community.

Since 1915, the Australian Bureau of Statistics recorded the number of gun murders, including mass shootings in Australia. In only four years did the total for any one year exceed 100 victims – 1996 was one of them at 104 fatalities. The lowest year totalled 15 and the highest 128.

In 2008, researchers Jack Dearden and Warwick Jones, working for the Australian Institute of Criminology, reported that 93 per cent of gun murders involved an unlicensed perpetrator with an unregistered firearm.

Our gun laws completely miss the mark when you realise the chance of any one of Australia’s 800,000 licensed gun owners committing murder are so minuscule that you are more likely to die from a bee sting.

When you look at the major AIC researchers peer-reviewed work on Australian crime trends, the conclusion in a number of studies is that the decrease in gun murders started well before the NFA and has continued to date. No researcher has been able to find a statistical break after the implementation of the NFA.

To massage the numbers, prohibitionists refer to gun deaths rather than murders, this means they include suicides and they ignore method substitution. In any case, suicides are a mental health issue, not a gun issue.

As a proportion of murders, gun murders have decreased since 1969, when they were 44 per cent of deaths well before the NFA, to the 14 per cent they are at currently.

Both total murders and suicides using all methods have decreased over time. Suicide numbers decreased from a high in 1997 until 2006 and then continued to climb, with the latest total reaching 2864 deaths in 2014.

The proportion of firearm suicides has stayed down, but it can hardly be called a success based on the number of suicides. We lose on average 20 more people every week to suicide than died at Port Arthur.

It is a strange quirk of human nature that the things least likely to kill us are the things that concern us the most. To put it into context, if you average out the ABS figures for drug-induced death between 1997 and 2000 the yearly figure is 1569.

The threat to Australia’s population of legal firearm ownership is wildly overstated and John Howard effectively pulled off the biggest con job in its history by preying on irrational fears.

For help, advice and information about anxiety, depression and suicide prevention, contact the beyondblue support service on 1300 22 4636 or at www.beyondblue.org.au/get-support.

Carlo Di Falco is a competitive target shooter and hunter.

One thought on “Talking Point: Gun control laws the biggest con job in our nation’s history”