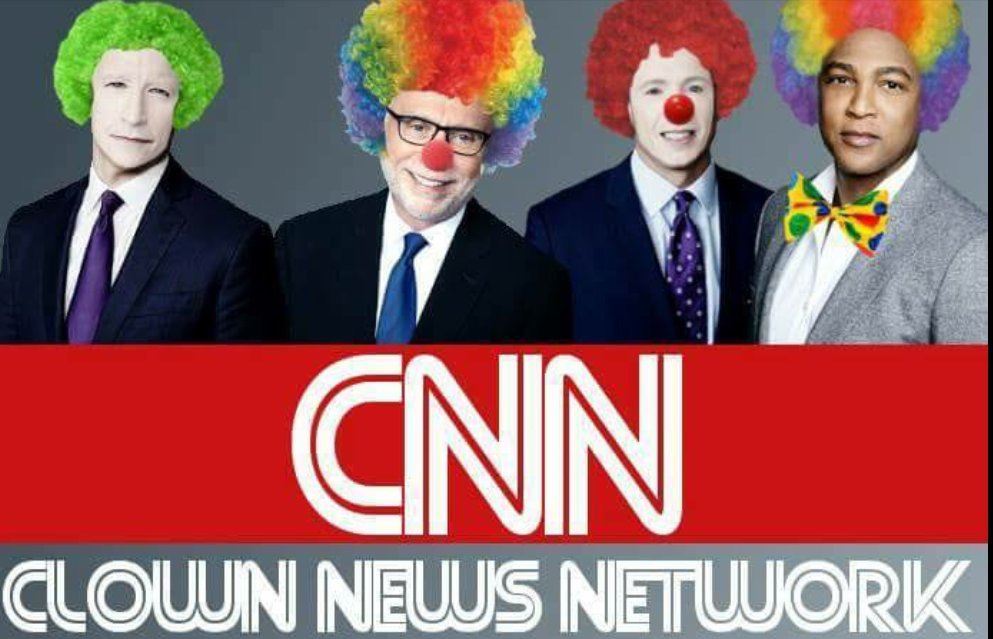 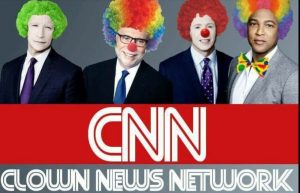 As I write this, CNN is mounting yet a new fake story: because Trump attacks CNN and other media as fake, this is making life more physically dangerous for journalists in war zones and at home. Well, well. I guess the takeaway is: don’t criticize mainstream news, keep your mouth shut and stay hypnotized…

The pack of losers at CNN are trying to save their operation. They obviously need to hire Jerry Springer as news director. The network is already a reality show; they just don’t know how to put one on. They require help.

Publishing fake news and airing talk-show hosts who spout venom doesn’t make it. It doesn’t go far enough. On camera, they need people breaking into the studio claiming their babies were fathered by CNN journalists; they need burly security guards tackling the intruders and bringing them to the floor. They need live audiences who hoot and holler and boo and applaud.

In the latest dust-up, CNN is “accepting the resignations” of three reporters, including a Pulitzer Prize winner, for writing a fake piece claiming the Senate is investigating a Trump buddy, Anthony Scaramucci, for his connections to a Russian investment company. CNN has retracted the article.

Meanwhile, independent journalist, James O’Keefe, has released two undercover sting videos which reveal CNN medical producer, John Bonifield, remarking that the whole Trump-Russia scandal is “mostly bullshit right now, like, we don’t have any giant proof”; and Van Jones, CNN political commentator, stating that “the Russia thing is just a big nothing burger.” Of course, CNN relentlessly pursues the Trump-Russia story as if God and a choir of angels have certified it as the truest, most important event of our time.

In case you’ve forgotten about the impressive array of past CNN looney tunes, here are just a few:

June 2017: CNN dumped Reza Aslan, the host of their network documentary series called Believer. Why? Because Aslan tweeted, “This piece of shit [Donald Trump] is not just an embarrassment to America and a stain on the presidency. He’s an embarrassment to humankind.”

October 2016: CNN contributor Donna Brazile was dumped, because she passed along questions that would be asked in an upcoming presidential debate, sponsored by CNN. Brazile passed those questions to the Hillary Clinton camp.

CNN reporter-dunce Chris Cuomo, during the 2016 election campaign, preposterously told the viewing audience that accessing Wikileaks’ treasure trove of John Podesta emails was a crime—for any member of the public. Only “the media” were permitted to perform that delicate operation and then decide what to report. Put a picture of Cuomo on your wall and pray to it every night.

On June 13, 2015, CNN host Fredricka Whitfield talked about the attack on the Dallas police headquarters. She said the shooter, James Boulware, was “courageous and brave, if not crazy.” Who’s crazy, Fredricka?

May 7, 2013: In an alleged “fake-set moment,” CNN reporter Ashleigh Banfield interviewed HLN personality Nancy Grace about a kidnapping in Cleveland. It seemed that the two were in different locations. But video sleuths soon began discussing the “same cars” passing behind Banfield and Grace as they stood in parking lots—i.e., the same lot, a few feet away from each other.

The 2016 Milwaukee riots. CNN aired a woman named Sherelle Smith telling the rioters, “Don’t bring that violence here.” She was calling for peace. Well, not exactly. The network failed to broadcast the rest of Smith’s advice: “Burning down shit ain’t going to help nobody! Y’all burning down shit we need in our community. Take that shit to the suburbs! Burn that shit down!”

CNN is not just fake, it appears to be addicted to fakery. It can’t help itself. And it’s not good at hiding what it does. It may be issuing a cry for help: “Stop me before I fake again!”

Actually, it’s obvious that the network has a whole group of amateurs posing as professional journalists. They’re trying to bring off a smooth version of what they believe is a social-justice agenda. And they can’t do it.

Consider that their major daily news broadcast, headed by the thready and weak Wolf Blitzer, who achieved fame during the first Gulf War purely on the basis of his name laid alongside the US bombing runs—Wolf’s broadcast is called The Situation Room. What situation? What room? It’s a television studio, and the situation is “here’s the news.” Who came up with that idea?

On a FAR more serious note, how would you feel if you had supported, advocated, lied, and deceived (along with other networks) in order to sell George W Bush’s war on Iraq? Adding up all the deaths and casualties and destruction, how would you feel? Well, CNN was a leader in that cause. Have you ever seen a CNN executive express deep regret? Of course not. CNN is not in that business.

If you had lied about the significant presence of “moderate rebels” (actually terrorists) in Syria, in order to push the US further into war, how would you feel about it? No regret at CNN.

Like other major networks, CNN is in the business of hustling stories that result in ratings and ad revenue.

They’re children (pretending to be grownups) playing with very expensive toys no sane parent would give his child.

Earlier this year, CNN boss Jeff Zucker told the NY Times, “The idea that politics is sport is undeniable, and we understood that and approached it that way.”

Yes, and CNN has been presenting the sport with all the professionalism you’d expect from a crew broadcasting a junior high school soccer match in Mongolia.

While Zucker was CEO at NBC Universal (2007-2010), NBC Television’s ratings crashed from number one to four among the four major networks. Bottom of the barrel. On January 12, 2010, NY Times columnist Maureen Dowd wrote: “’Zucker is a case study in the most destructive media executive ever to exist’, said a honcho at another network. ‘You’d have to tell me who else has taken a once-grand network and literally destroyed it’.”

On the principle that massive failure leads to another plum job, Zucker was gifted control of CNN. He may pull off the same stunt at there. On Tuesday, CNN came in last, behind FOX and MSNBC, in the oh-so-precious 25-54 age-group ratings.

CNN has the boss and the on-air talent to achieve a permanent place in the cellar.

Which brings me back to my first point. CNN is a reality show. But it doesn’t go far enough. If Jeff Zucker applied his talents to the task of tanking the whole network, he could stage flame-outs and scandals that would rock the house. Go big. Go wild. Hire a few dyed in the wool terrorists and put them on in prime time and let them talk. Bring Glenn Beck back, build him a studio that looks like a chapel with stain glass windows, and let him tell the audience what God wants him to do. Lure Scott Pelley and Megyn Kelly to CNN and team them together in a show called The Sadism Hour. Set up Michael Moore in a Burger King for 24 hours straight every weekend and have him talk non-stop (while he eats and slurps) about why he hates Donald Trump. How about an investment show hosted by George Soros called How to Kill the West?

The ideas are there, Zucker. Just get busy.

Your ratings will go through the roof and you’ll finally understand how mainstream media works.

You’ll commit professional suicide and come out smelling like a rose.

One thought on “The CNN Gong Show: dunces, dimwits, and vipers”