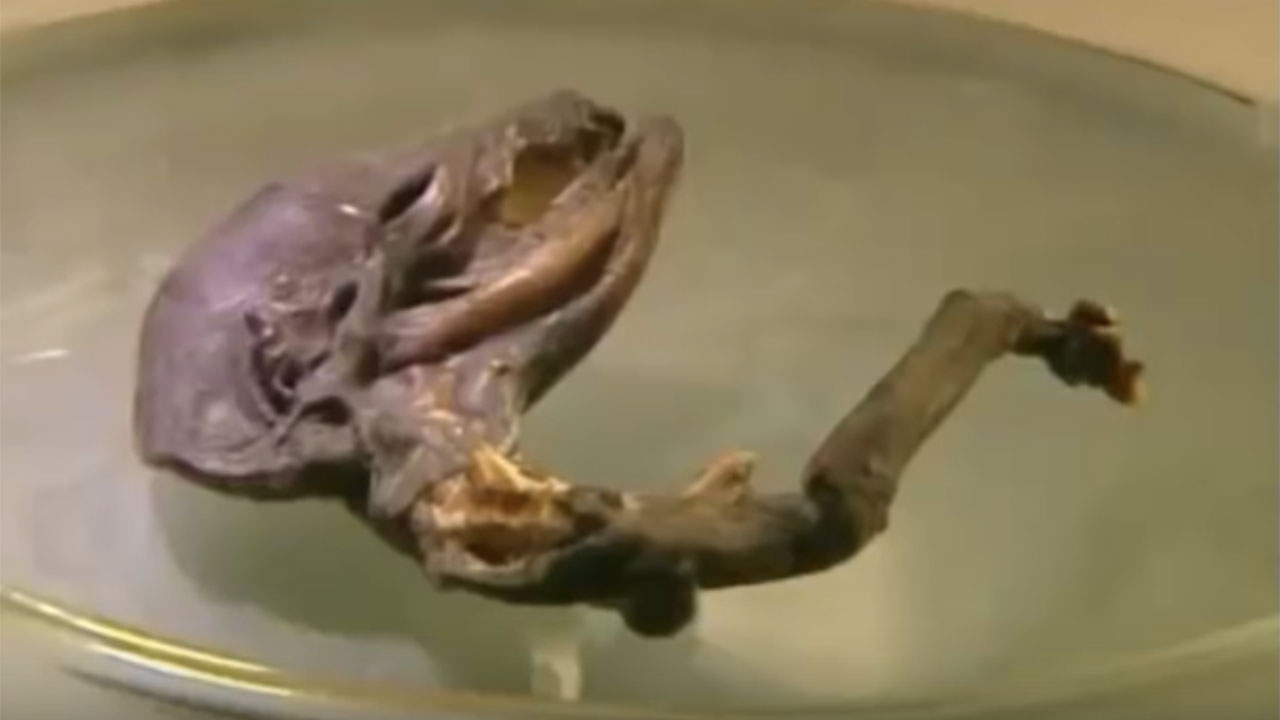 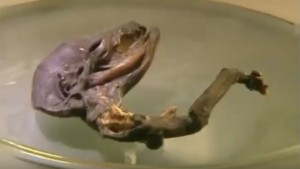 Scientists are baffled and conspiracy theorists are in an absolute flutter after what is believed to be an ‘alien corpse’ found in Russia.

The mysterious creature was found on the banks of a river near the town of Sosnovy Bor, Russia, which was built in the 1950s to serve the Leningrad nuclear power plant.

It’s elongated body and claw feet and “mysterious skull” has got UFO hunters excited at what could be evidence of life on other planets.

Either that or it’s a mutant chicken embryo – which is what experts first thought it might have been.

However, scientists believe that if it is a corpse, it isn’t from any known animal on the planet.

One said: “It seems that this body is neither fish nor fowl – this creature has a mysterious skull, no neck and wings.”

Experts from the Institute of Biophysics in Krasnoyarsk, where the body was taken for more tests, are equally baffled.

Biologist Yegor Zadereev said: “Extensive studies are needed to determine what kind of creature or organism it is.”

However, alien hunters are in no doubt what it is – an extraterrestrial.

Scott C Waring, from UFO Sightings Daily, said: “This tiny alien body was found near a river in Russia and has no resemblance to any animal known.

“Russian scientists are confused over what it could be and said they need to wait for the results of the tests, which are probably DNA I assume.”

To be fair, the body does look a bit like the aliens out of the Sigourney Weaver movies.

RELATED VIDEO: THE TRUTH IS OUT THERE … OR IS IT?

The modern fascination with UFOs can be attributed to the infamous ‘Roswell crash’ and extra-terrestrial enthusiasts recently seized on new proof that we are not alone.