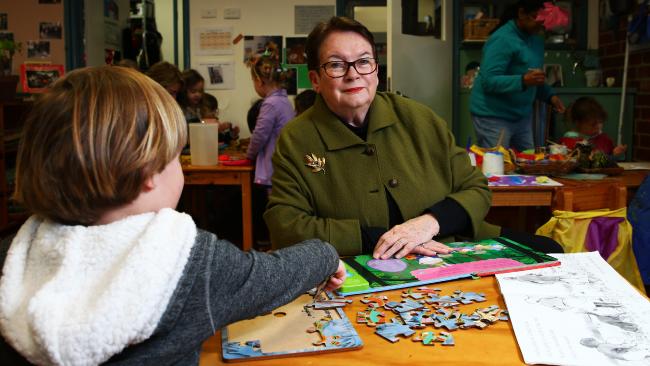 Educators will be encouraged to use dress-ups to explain cross-dressing to kids and may even take group tours of the opposite sex’s toilets as part of the Start Early initiative.

Teachers will use material provided by Early Childhood Australia, and books such as the book Children’s Sexual Development and Behaviour: Pants Aren’t Rude, by Pam Linke.

Suggestions in the book include teaching about sexuality in a positive way as a healthy part of life, ensuring children aren’t forced to kiss anyone they don’t want to and letting children know that “all parts of their body are good”.

“Children are sexual beings and it’s a strong part of their identity, and it is linked to their values and respect,” she said.

It comes after the federal government ordered a review of a Safe Schools program for secondary students including lessons on how to bind breasts and tuck in male genitalia.

Ms McHugh said the program was designed to “use everyday moments and interactions” to teach respect, ability and making choices.

“The underlying message is to value difference and be open to difference,” she said.

Dr Anne Kennedy, chairperson of Community Childcare Victoria, said there would be a “wide take-up” in Victoria.

She said the material would be handled sensitively and parents would be consulted.

“Educators deal with these issues all the time and the resources help them do better in the way they respond — in a developmentally and culturally responsible way,” she said.

NHS to give sex change drugs to nine-year-olds:http://www.dailymail.co.uk/news/article-2631472/NHS-sex-change-drugs-nine-year-olds-Clinic-accused-playing-God-treatment-stops-puberty.html

The transgender conversation we had to have: http://www.heraldsun.com.au/news/victoria/the-transgender-conversation-we-had-to-have/news-story/83bb0a2b05daeb39dc2d1787da70667b