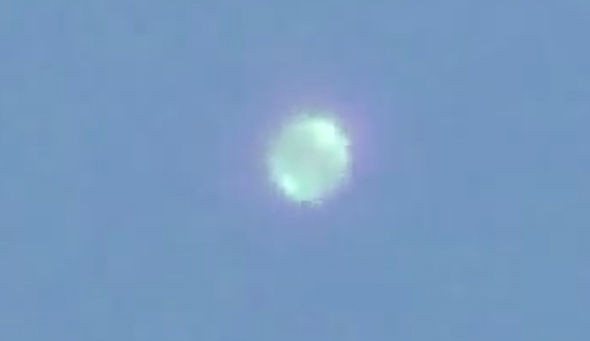 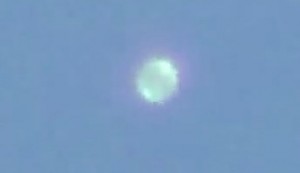 North America, particularly California, has been a hotspot for the odd flying objects which appear to stalk people’s homes and some fear could sinisterly be looking for humans to abduct.

After viewing footage on YouTube of a sighting in California two weeks ago, Borr Magilicutty said: “They appear, show themselves. Next is abduction and missing time.”

The latest sighting, which was recorded on video camera, happened in Los Angeles, California, which appears to be a alien hotspot.

It was the scene of a UFO sighting last month before a bizarre dead alien-looking creature was discovered outside a family home.

In the newest sighting, on Saturday, a man filmed a green orb with a pink centre from his home and worryingly said he saw an identical orb there two months earlier.

He said: “I caught the same orb in October 6th about the same time, same direction, same altitude.”

He said: “This guy seems more than a little worried about these glowing orbs near his home. He has recorded them before and this time he got some nice close ups of them. You can see the energy emitting form the orb, but in its centre it looks like a pink cube.”