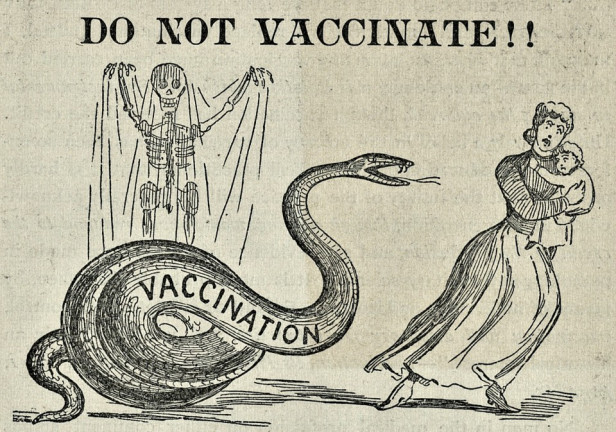 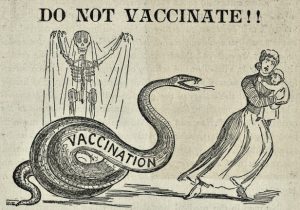 “A great wave of missionaries brings a fairy tale to the Third World. These outsiders are the priests in white coats. They offer medical treatments for problems they can’t possibly solve. The self-generated delusions of the doctors about their ‘success’ are stupendous.” (The Underground, Jon Rappoport)

Vaccination is the prow, the leading edge of the invasion.

Convincing nations that vaccines are absolutely essential opens the way for all the other practices of Western medicine. Especially mass drugging.

In recent years (think Swine Flu, SARS and other fake epidemics — including COVID-19), the World Health Organization has played a major role in insisting—with threats of sanctions and quarantines and travel advisories—that nations vaccinate their citizens to the hilt, in order to protect the world against “the deadly spread of viruses.”

The WHO wields significant power in this regard. It is a pharmaceutical enforcer.

There is a hidden aspect of the vaccination-invasion: the local political leaders of “backward” nations stand to gain from the vaccine ruse.

Instead of having to admit they are causing widespread death and devastation by maintaining poverty, hunger, starvation, unsanitary overcrowded living conditions, and contaminated water supplies—all of this on purpose, in order to keep their populations weak and under control—the leaders in those countries can say:

“Our people are suffering from specific diseases, over which we have no control. We are afflicted with viruses. We must take steps. We must upgrade our medical care programs. The first step is instituting widespread vaccination against viruses.”

This con lets them off the hook. This con is a cover story that obscures what these leaders are actually doing to their own people. This con obscures the fact that, when living conditions are execrable and miserable, disease arises independent of what particular germs are circulating. The imposed conditions of life destroy immune systems, period.

Vaccination, as a “bonus” for repressive leaders, actually makes things much worse for populations. It pushes already weakened immune systems (and healthy systems, too) over the edge.

After making deals with local dictators to set up shop, hire workers for pennies a day, steal land and resources—keeping populations weak, sick, debilitated, and therefore less able to rebel against the outright theft of their countries—these corporations also have a built-in cover story:

“It’s shame what’s happening to the people here, all this disease. Therefore, we wholly support bringing in medical aid, to stem the tide…”

As if doctors and drugs and vaccines could cure the destruction wrought by abject poverty and starvation.

The degree of brainwashing propaganda about the miracle of medicine is extraordinary.

People watch/read news stories about doctors and medical supplies going to impoverished countries, and casually assume there is some connection between that and bringing health to millions of people.

Nothing could be further from the truth.

“Yes, I see you’ve been hungry for 20 years. Here is a drug. And roll up your tattered sleeve for 10 vaccines.”

Any doctor worth his salt understands these things. He knows. He knows he is being used as a prop in a fantasy stage production of The Cure: A Great Deception.

The man in the white coat comes to dinner, but there is no dinner.

“Hello. I represent a few mega-corporations who, in conjunction with your leaders, have stolen your country from you, taken the best farm land, the richest minerals, and put you to work at starvation wages. Therefore, you’re sick. So now I’m going to help you with a shot in the arm that will do nothing to raise your level of health. But I’ll pretend it will.”

Many years ago, in my college bulletin, a young doctor wrote a piece about his experiences in Africa. He grasped a fraction of the truth. He mentioned that severe dehydration/diarrhea was a leading cause of death there, but the medical people refused to give out simple packs that would at least, for the moment, rehydrate the sufferers. Instead, they insisted on administering antibiotics—which of course made the problem worse by killing off beneficial gut bacteria.

Thirty years later, while I was writing my first book, AIDS INC., I got a call from a doctor who had set up a small AIDS clinic in Uganda. He simply gave his patients clean rooms and nutritious food, and helped them start a little farm, where they grew beans and sold them. That’s all.

He said to me, “All their AIDS symptoms went away. What do I do now?”

The first thing he could do was realize that HIV was a stupendous cover story to explain “why so many people in Africa were sick.”

He was something close to a healer, and he had done his job well. But because of his indoctrination, he didn’t know it.

When experts rattle on about how vaccination has wiped out many diseases in the Third World, what they really mean is: vaccines have suppressed the visible symptoms that lead to the diagnosis of these diseases. But new symptoms will arise, and they will be called other disease-names. It’s a shell game.

I challenge anyone to show me large, correctly done studies that track people in the Third World who have received the usual batches of vaccines. Show me that the overall health level of these people has improved over time.

In other words, show me that people who are chronically affected by hunger, starvation, contaminated water, and unsanitary overcrowded living conditions are somehow enjoying improved health because they were given shots in the arm.

I do put it that way. Because that’s the way it is.

All the laudatory verbiage about the unparalleled success of vaccines in the Third World is just more illusion, more cover story, more diversion.

The invasion is ongoing.

The invaders are the same people and the same groups who are going to try to inject every human on Earth with a COVID-19 vaccine.

The Crazz Files: I agree, yes....
@G_0: There were no extermination camps in Hitler's Germany but dont expect ...
@G_0: https://www.bitchute.com/video/7WVonS8DWN7M/ TAKING A CLOSER LOOK AT ...
@G_0: https://morningmail.org/is-the-gate-closing-on-dopey-dan-andrews/...
@G_0: They'll be the first to whinge when they have to line up at the superm...
@G_0: Corona Virus (ie "The Sniffles) doesnt warrent global shutdown of the ...
@G_0: Common human Corona Viruses includng types 229E, NL63, OC43, & HK...
The Crazz Files: I don't even think it's a common cold but that video has been wiped of...
@G_0: Towards the end of the video a tall dark negro comes to the microphone...
@gus: Leftards = Communism = Sponsored by Corporate Communism = Mankinds bot...