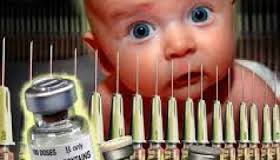 Scurvy usually evokes the images of the mariners suddenly dying on long sea voyages due to their diet of worm-riddled dry biscuits. It took Lind 40 years to persuade the British Admiralty to mandate fresh fruit and vegetables for the long seafaring troops.

Scurvy is especially significant for humans because the primates, unlike most other animals, do not produce their own vitamin C and must rely on its sufficient intake from the ingested food.

In the Middle Ages, due to the mass urbanization (when poor people moved in droves from the agricultural areas into the cities) and the Old World’s staple diet of bread and some meat, scurvy was the biggest scourge of the Europeans resulting in generally poor health and low life expectancy of 25 years. The resistance to infectious diseases was poor and infectious diseases used to decimate  whole communities.

Thanks to the horticultural revolution of growing vegetables such as cabbage (and its fermented form sauerkraut), potatoes and tomatoes and including them into the daily food consumption, the overall life expectancy of 25 years increased to 70 years and the general health vastly improved. The resistance to infectious diseases has increased and was accompanied with a substantial fall in untimely mortality. Natural infectious diseases such as measles became mild diseases and often occurred in a sub-clinical form.

However, scurvy still occurs, especially in a sub-clinical form, and increasingly with mass vaccination which depletes the vitamin C reserves, particularly in babies and children, starting with smallpox vaccination.

Gilman and Tanzer (1932) wrote that the haemorrhagic diathesis of scurvy has been recognized since the time of Hippocrates.