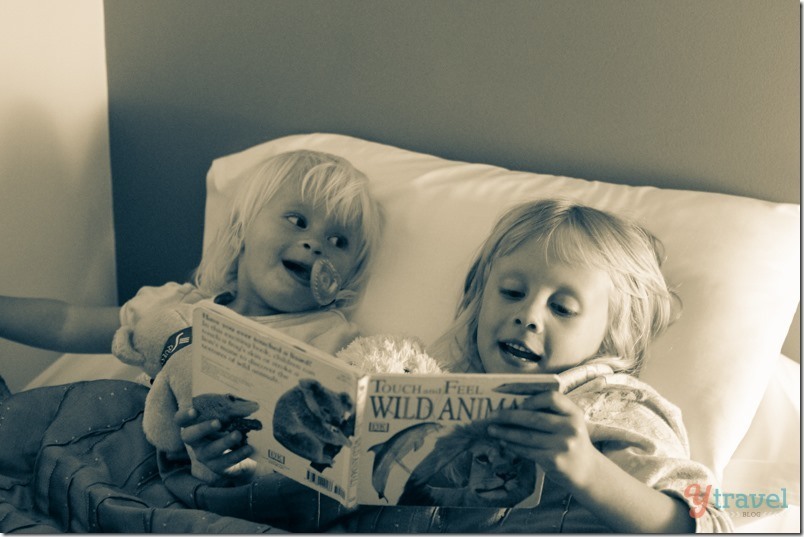 Parents in Victoria have raised concerns over new proposals by the government to change regulations surrounding home education in the state, including tougher measures on the process of approval and restrictions on the curriculum used by families at home.

The new changes, introduced early this year, will also allow an increase in powers for government authorities to monitor and intervene in the education process, a move that has homeschooling advocates campaigning to shut the legislation down.

Parents are increasingly turning their backs on traditional schooling and tutoring their children at home.

Bullying at school, disabilities, medical conditions and lifestyle choices are among the main reasons parents decide to teach their kids at home.

According to the Education and Training Reform Regulations 2017 draft, families will now need to submit a one-off ‘learning plan’ to the Victorian Registration and Qualifications Authority (VRQA) when they start homeschooling, with tougher restrictions introduced regarding the content they provide and the monitoring process.

It also states that a child must now remain in an educational institution until ‘the Authority’ approves the application to be educated at home:

The new learning plan will require families to show “how the environment will deliver” on eight learning areas: The arts, English, Health and Physical Education (including sport), LOTE (languages other than English), Mathematics, Science, Technology, and Studies of Society and Environment (SOSE):

Families will still be required to notify the VRQA that they are continuing their registration for home schooling each year.

The VRQA will also have a new power to review a family’s arrangements for home schooling to make sure they are providing a quality education to their children.

Many parents have contacted TOTT News via email with questions and concerns over the new changes, and theHome Education Network (HEN) have now launched the ‘Hands Off Home Ed’ campaign in order to raise awareness.

In a press release sent to TOTT News, entitled ‘What is the government hoping parents will miss this Christmas?’, HEN called the changes “a gross injustice to all Victorian parents.”

Susan Wight, coordinator of the Home Education Network, believes the potential changes have the power to affect any parent, especially those who don’t yet know they may need to home educate in the future:

“Mainstream school is only one of a range of educational options available.

Home Education is one that offers the ability to tailor an education to suit the child in an informal, natural learning environment, which some children need. There is no one right way to learn and some children need something different.”

Susan also said in some instances, immediate removal from school is a safety issue and the ability to withdraw a child from a negative situation as a matter of urgency is a fundamental right.

“Requiring prior approval from bureaucrats with a vested interest in keeping children in school would allow the Education Department to quietly limit Home Education unless it replicated its own model, which is just not plausible.

Home educators will always defend their right to educate their children in the manner they choose. They are parents who are willing to accept responsibility for their children’s education and undertake it at their own expense in a state where every child who attends school receives substantial financial support.

Home Education is a commitment that is not taken on lightly by any parent as it concerns their child’s future and they should not be subjected to bureaucratic.”

Parents have told TOTT News that it is a right to remove children from an unsafe environment, and the requirement to leave children in school until plans are approved will confine children to where they are being bullied or abused unless a bureaucrat says they can leave.

There is also currently no evidence that submitting plans or conducting reviews will improve the outcomes of home education, or that the outcomes need improving.

The new changes will also allow government regulators to change the language and process at any time.

Education Minister James Merlino said the reforms would mean home-schooled children would receive benefits similar to those in schools.

“It’s important we strike the right balance between making sure homeschooled students get the best education and giving homeschool families the freedom to deliver their child’s education.”

Currently, submissions are closed and the public are awaiting the regulations to be finalised by the DET and tabled in parliament to be passed to the Scrutiny of Acts and Regulations Committee (SARC).

Making Sure Home School Students Get The Best Education by the Education Minister: https://www.premier.vic.gov.au/making-sure-home-school-students-get-the-best-education/

Why home educators have cause for concern by HEM: https://home-ed.vic.edu.au/why-home-educators-have-cause-for-concern/