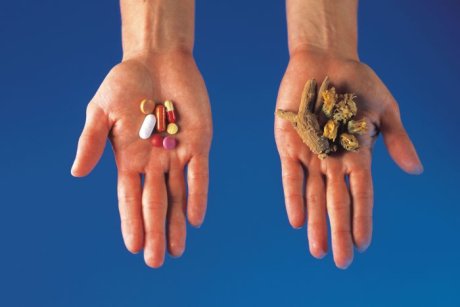 Chiropractic, osteopathy, Chinese medicine, naturopathy, iridology, kinesiology, reflexology, homeopathy and aromatherapy are some of the courses on their blacklist.

The issue has had significant media coverage, but one question has failed to be properly answered.

Why is a group of prestigious doctors and scientists who have the backing of the most profitable industry in the world according to Fortune 500 – the pharmaceutical industry – targeting a few poorly-funded natural medicine courses?

A similar move was made in the UK recently – the British will no longer be able to study certain natural medicine degrees – this does not include chiropractic or osteopathy – at publicly-funded universities from this year. Yet natural medicine has been utilised across Asia and Europe for thousands of years.

The United States and Canada are pioneers of chiropractic as we see it today, providing university courses long before they were ever offered in Australia. Also, nearly 85 per cent of US medical schools offer elective courses in alternative medicines.

According to the World Health Organisation (WHO), 80 per cent of the world’s population relies on natural therapies. The figures in Australia are much the same.

So why Australia? What is FSM so worried about?

The group seems to be particularly concerned about an increase in chiropractic courses after it was announced recently that Central Queensland University would be offering a new chiropractic science degree. The move could also be partly to do with the ruling in 2010 that all chiropractors in Australia may use the title ‘Doctor’.

FSM has accused what it labels as Australia’s “lesser” universities that offer alternative medicine courses of “putting the public at risk”.

However, this is a difficult notion to fathom when you compare the tiny number of injuries inflicted on natural medicine patients compared to the hundreds of thousands of deaths recorded each year due to medical errors.

One of the group’s biggest complaints, according to FSM co-founder Emeritus Professor John Dwyer from the University of NSW, is that natural medicine “doesn’t strive to be tested”. He says that modern medicine is “totally devoted” to taking an “evidence-based approach” and “do good science and do good research into the things we do to people”.

The argument that modern medicine is evidence-based as opposed to other types of medicine is an argument that is often used by medical lobbyists, and tends to be generally accepted by the public. However, according to a report by a panel of experts assembled by the prestigious Institute of Medicine, “well below half” of medical care in the US is based on or supported by adequate evidence.

According to the report, between 1993 and 2004 there was a more than 80 per cent increase in the number of medications prescribed to Americans. The panel believes this boom in pharmaceuticals is outpacing the rate at which information on their effectiveness can be generated. “If trends continue, the ability to deliver appropriate care will be strained and may be overwhelmed,” the report concluded.

What FSM fails to recognise is that natural medicine courses taught at universities incorporate a much higher level of evidence-based studies, such as health science and human physiology, than if they were to be taught outside of a university.

The Australian universities that have been criticised have all defended their courses, saying they are very much evidence and science-based.

In naturopathy, for example, on top of herbal medicine and nutrition, students also learn the same things that a physiotherapist, medical doctor or nurse learn. As well as chiropractic studies, chiropractors study biology, physiology, neuroscience, anatomy and pathology, for example. These are all scientific studies.

If FSM really was so worried about public safety they would not be trying to exclude natural medicine from universities where they are taught with much more of a medical focus. Graduates of these courses are much more likely to refer patients to medical doctors when necessary.

As Nick Klomp, dean of the science faculty at Charles Sturt University, points out, thousands of practitioners already provide alternative medicine and they are very much in demand. “I could ignore them or I could train them better,” he said. “We actually create graduates who are much better health care providers. It’s all about evidence based, science based.”

The other question to ask is just how representative the group is of Australian doctors. Dr Wardle, a NHMRC Research Fellow at the University of Queensland’s School of Population Health conducted a survey of every rural GP in NSW and found a third did not refer to alternative medicine providers, a third were incredibly open to it, and a third would refer patients to practitioners that they knew achieved results.

The Australian Medical Association president has withdrawn his support from the lobby group. A number of researchers and doctors have also pulled out of FSM reportedly saying they were not aware of the full picture.

Many Australian medical doctors recognise their limits and refer to natural providers when necessary. However, others continue to believe that modern medicine – which is only 100 years old – is the only way of curing pain.

Natural therapies have been used for more than 10,000 years, and so they deserve a place in society, in Australian universities, and even in modern medicine. According to Australian trauma and general surgeon Dr Valerie Malka, former director of trauma services at Westmead Hospital, while modern medicine is revolutionary when it comes to surgery, particularly in emergencies, for pretty much everything else, traditional, natural or alternative medicine is much more effective.

She says in particular, modern medicine is completely unable to treat or cure chronic illness. Rather than focusing on symptom control, natural medicines work on the body’s ability to heal the cause of the illness while modern medicine suppresses the body’s healing mechanism with drugs that attack the body’s natural defence mechanisms, throwing the immune system out of whack.

Dr Malka believes the attack on natural medicine has more to do with the threat to modern medicine’s power base as well as its “unhealthy relationship” with the “trillion-dollar pharmaceutical industry”.

This is not the first time natural medicines have been attacked by the medical industry.

Alternative healthcare professionals such as chiropractors, naturopaths, and midwives have been targeted by the American Medical Association (AMA) for nearly a century, in spite of a federal court injunction against the AMA in 1987 for illegally trying to create a monopoly in the healthcare market.

Up until 1983, the AMA had held that it was unethical for MDs to associate with “unscientific practitioners” and they labelled chiropractic “an unscientific cult”. They also had a committee on “quackery” which challenged what it considered to be unscientific forms of healing. Five chiropractors including Chester Wilk sued the AMA, claiming that the committee was established specifically to undermine chiropractic.

Wilk won the case, with Judge Susan Getzendanner ruling that the AMA had engaged in an unlawful conspiracy in restraint of trade “to contain and eliminate the chiropractic profession,” also saying that the “AMA had entered into a long history of illegal behaviour”.

If you look at the history of attacks on natural healthcare providers over the last 100 years, it is difficult not to associate this attack by FSM as the latest attempt to influence the public into believing that natural medicine is, as it says, “quackery” by spreading propaganda that most of the time is simply not true.

“It’s just extraordinary that such undisciplined nonsense is being taught in universities around Australia,” Mr Dwyer has said.

Why does this group feel that it has the right to talk this way about natural medicines that are ages old and used by 80 per cent of people across the world?

If FSM really was concerned about patient care and safety in Australia, then perhaps it would investigate medical practices which, unfortunately, seriously injure and kill thousands of people every year, rather than target natural medicine.

6 thoughts on “War against natural medicine”