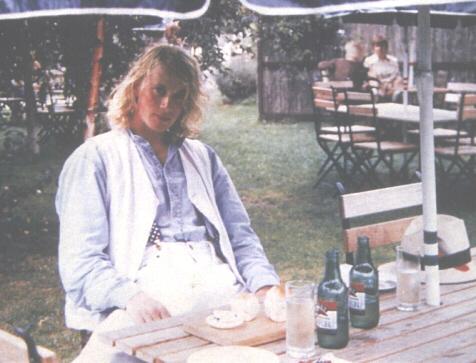 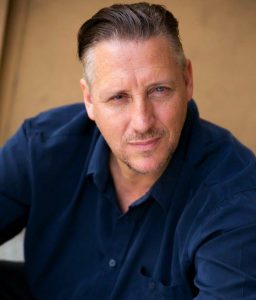 Down to earth, hard working, self educated performer, began his career by making hundreds of short super-8 films until making his feature acting debut in Bloodlust (1992).

Featured on the six o’clock news in Australia for his efforts for trying to get Ken Park (2002) released in Australia. [July 2003]

Paul’s right eye is a different color from the left due to physical trauma in 2008 when he accidentally struck himself in the face and split the cornea. Paul underwent two operations to re-attach the retina and now has vision back in the right eye. Due to loss of the iris however, the right eye glows red under flash photography. Paul calls this his ‘Devil’s Eye’.

Paul was featured on the news in 2006 when he became trapped in Witches In Britches Theater Restaurant, Melbourne after the building caught fire. Trapped for 20 minutes, Paul breathed through a gap in a roller door and used his mobile phone to call emergency. Firefighters eventually cut him free with fire axes and he suffered only minor smoke inhalation.

Living in Melbourne, Australia and still pursuing a creative life as an independent film maker, actor, writer and voice over artist. In October 2009, he will be directing and acting in his latest thriller feature, ‘Impulse’ [May 2009]

Paul moder is making a film about the Port Arthur Massacre, Mr Moder said the story centred on gunman Martin Bryant, who killed 35 people and wounded another 23, in a mass shooting at Port Arthur, Tasmania, 20 years ago.

Mr Moder said he was haunted by the tragedy and felt it was time “to examine the event in unflinching detail, free from agenda and bias”. 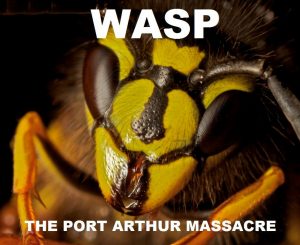 After reading the full, unedited defence (John Avery) version of the Risdon prison interview with Bryant (some 65 pages of which was omitted from the court hearing) it is plain that DPP Damien Bugg was extraordinarily remiss in not submitting the pages, which for the most part, revealed Bryant to be emphatically denying the allegations he was the shooter and that he ever owned or used the FN .308 rifle (used) and Australian Automatic Arms .223 (found but not used) Bryant comes across much more coherent than the court supplied transcript and there are hints of his sharpness in replying. He readily admits to kidnapping Glen Pears at gunpoint from the BMW (as opposed to the Corolla from where he was actually taken) and to driving the BMW to Seascape and torching it (where he proposes he sustained his burns) He repeatedly says he does not ‘recollect’ anything else. As damning as the kidnapping testimony is, had he not pleaded guilty at Avery and his mother’s insistence (see Carleen Bryant’s book, ‘My Story’) the case would most definitely have gone to trial (as stated by Inspector Bolt) and Bryant’s forthright denial would have posed a big problem for the prosecution. It is also evident on the transcript that Bryant was effectively tortured and kept in solitary confinement to the point he stated “I’m losing my mind” which, along with the lack of a legal guardian present during the interview, should have rendered his testimony as inadmissible. He was at times, flippant, inappropriate, clever and evasive. Overall, if he genuinely lacked recollection of his actions that day, then he was either brainwashed or had erased it from memory. If not, he is a skillful and intelligent liar. 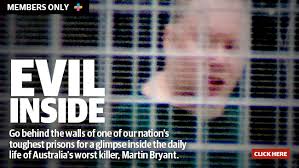 NO hard evidence proving guilt, NO motive, NO fingerprints, NO legal representation, NO truth, NO credible identification, NO public inquiry, NO legal integrity, NO proper firearm ownership, NO DNA evidence, NO coronial inquest, NO free admission of guilt, NO witness testified in court, NO forensic results, NO crime re-enactment, NO jury, NO complete list of evidence, NO JUSTICE!

Port Arthur massacre movie in the making despite objections from survivors

One thought on “WASP: The Port Arthur Massacre With Paul Moder”

https://crazzfiles.com/wp-content/uploads/2016/07/WASP-with-paul-moder.mp3Podcast: Play in new window | DownloadSubscribe: Apple Podcasts | Email | RSS “PODCAST” Disconnecting From MSM Propaganda & The Big Virus Lie With Dawn Lester On tonight’s podcast show 25/01/23 i am joined by author and researcher Dawn Lester to chat about her incredible work and break down the entire COVID PSYOP.  Dawn Lester[…]