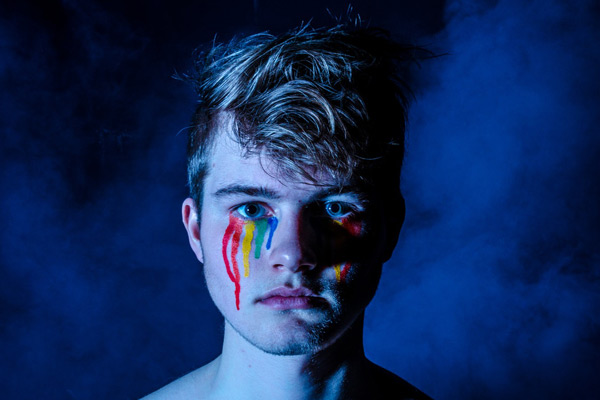 READ MORE AT YOU’RE TEACHING OUR CHILDREN WHAT

Teaching children to identify themselves by sexual proclivities is a dangerous, failed social experiment.

Take, for example, the completely tragic news about a precious boy who took his own life, after deciding to ‘come out’ as homosexual. Reported by 9 News.

Any parent or educator telling a 9 year old boy to lock himself into a rigid stereotype based on a sexual preference he’s far too young to comprehend, is complicit in the inevitable angst and confusion he will feel.

Children are too young to comprehend complicated sexual concepts, let alone define themselves by them.

His identity was ‘loved child.’ That’s all any 9 year old needs to know about themselves. Anything beyond that is dangerous ideology and this tragedy proves just that.

Wear It Purple Day is a perfect example of how this ideology is being forced on children before they’re old enough to understand what it means to define yourself by a sexual preference.

On August 31, children at schools across Australia are being encouraged to wear purple to show support for those students who do choose to define themselves by a particular sexual proclivity.

During a time when academic results are in freefall, confusing children with highly sexualised messages is the very last thing schools should be investing valuable time and resources into teaching.

To make matters worse, it’s not just schools that are forcing sexuality onto unassuming children. Parents beware: Woolworths has instructed all their staff to wear purple and celebrate sexuality for Wear it Purple Day. If you don’t want your toddler being exposed to sexualised messages they’re too young to understand, you would be safest shopping elsewhere.

First it was the plastic bag ban, which has driven down Woolworths sales and revenue. Now Woolworths has circulated the memo below, forcing staff into Friday’s ‘Purple Day’ to mark LGBTI rights.

The memo highlights the emptiness of this corporate baloney. It says that wearing purple will make LGBTI staff feel like they belong. What an insult to them: as if coloured clothing makes a difference. To make those staff members ‘belong’ surely other staff need to be professional, friendly and constructive towards them. Gimmicks are no substitute for the person-to-person relationships of civil society.

Woolworths also says it wants its staff to look like the customers they serve. How ridiculous. I’m a Woolies shopper and I go there for the products they sell, not caring how people look and what colour clothes they wear.

What does Woolies mean by this policy? Lakemba, for instance, is 65% Islamic, so 65% of Woolies staff in Lakemba need to be Islamic? This is the centralised control and manipulation of society we used to associate with the old Soviet Union – a new authoritarianism, under the banner of ‘diversity and tolerance’.

I must say, I preferred it when companies just got on with their corporate responsibilities (trying to give customers value for money) and stayed out of political campaigning.”

Parents, it’s time to unite against dangerous gender theory and sexual ideology that’s infected our education system. What are you going to do to stop it?