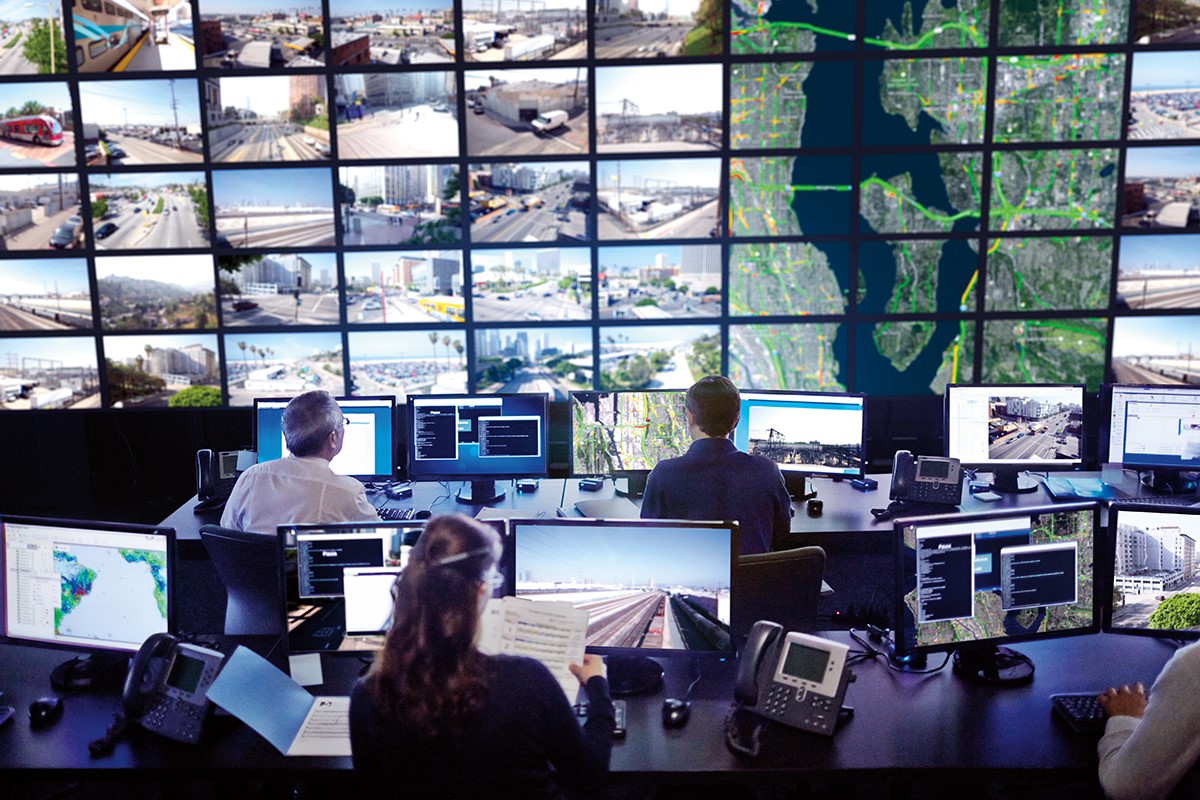 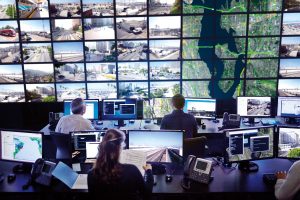 By Patrick M. Wood, author of Technocracy: The Hard Road to World Order

People who have a modern smartphone normally think of 5G as nothing more than a progression from 3G and 4G. Offering fewer dropped calls, faster data transfer, and more convenience. 5G is the fifth generation of wireless technology.

This thinking barely scratches the surface. There must be a greater reason why CEOs of major cellular carriers are breaking their necks to railroad the fastest implementation in history of a new communication standard.

This reason has little to do with your personal cellphone and everything to do with the so-called Internet of Things (IoT) where all electronic devices will be connected together in real-time. Collectively, the IoT is the core technology used to implement Smart City makeovers.

“Real time” is a magical tech term. 5G is at least one order of magnitude faster than anything before it. It is comparable to everything being connected directly by fiber-optic cable where as soon as you touch the send key, your data transmission is received at the other end, faster than a blink of your eye.

In spite of the cutthroat American race between wireless providers like AT&T, Verizon and T-Mobile, China has declared that it intends to emerge as the global leader on 5G rollout to its own 1.4 billion citizens. China is also mass-producing the technology to sell to the rest of the world.

In the U.S., 5G is being heavily promoted by the Trump Administration. The Federal Communications Commission issued a ruling in September that blocks cities from charging higher fees for installing 5G infrastructure. Loud protests have been registered from the U.S. Conference of Mayors, the National Association of Counties, the National Governors Association and the Nation Conference of State Legislatures.

Why? Because the FCC’s actions are unconstitutional and cities are being stripped of the little sovereignty they have left. Thus far, the FCC is undeterred in its position.

Smart City technology is brought to us exclusively by Big Tech corporations in the name of Technocracy and Sustainable Development.

With the advent of sophisticated Artificial Intelligence (AI) programs, massive amounts of data collected from sensors of all types can be analyzed in real-time, displaying the results in a multi-dimensional model.

Thanks to real-time connections between autonomous vehicles, road censors and central computers equipped with AI, they will be able to navigate any and all roadways with authority and impunity. They will also inform on you every inch of the way.

In China, where all of this massive surveillance is weaponized against civilians, Technocrats have implemented a Social Credit Score assigned by algorithm, to all 1.4 billion inhabitants.

By 2020, China intends to have 600 million facial recognition cameras installed, or about one camera for every 4 citizens. All of them will transmit their images in real-time to central computers running sophisticated AI programs.

Each person in the big-data database will have their personal data pulled from every conceivable location in the nation. By the time that they know who you are, what you are, what you do, what you think and what you intend to do, their AI algorithms will calculate and assign to you a Social Credit Score that will limit or expand whatever privileges you will have from that time on.

The Social Credit Score system is coming to America as well, unless we somehow convince our own officials that this is a horrible idea that will utterly destroy the American dream.

Nothing has changed in the 85 years since Technocracy, Inc. defined its original mission in 1938:

Technocracy is the science of social engineering, the scientific operation of the entire social mechanism to produce and distribute goods and services to the entire population.

Scoffers may argue that history does not mean anything and there is no relevance to modern times. If they understood history, they would not say such a thing.

For instance, consider ‘ride-sharing’ schemes where nobody owns a vehicle and everyone shares a common pool of community owned autos. This idea is not new. Technocrats had it in their sights as early as 1934:

The Automotive Branch of Transportation would provide a network of garages at convenient places all over the country from which automobiles could be had at any hour of the night or day. No automobiles would be privately owned.

When one wished to use an automobile he would merely call the garage, present his driver’s license, and a car of the type needed would be assigned to him. ‘When he was through with the car, he would return it either to the same garage or to any other garage that happened to be convenient, and surrender his Energy Certificates in payment for the cost incurred while he was using it.

I will suggest that the modern world cannot be even remotely understood except in terms of Technocracy and its inevitable outcome: Scientific Dictatorship. Every major meme in global geo-politics, economics and globalization, devolution of national sovereignty, etc., is dancing to the Technocrat drumbeat.

As to today, 5G is about to deliver the ultimate tool for total control over Americans, and it has nothing to do with your cell phones getting a speed upgrade.

Technocracy: The Hard Road to World Order is available on Amazon.com