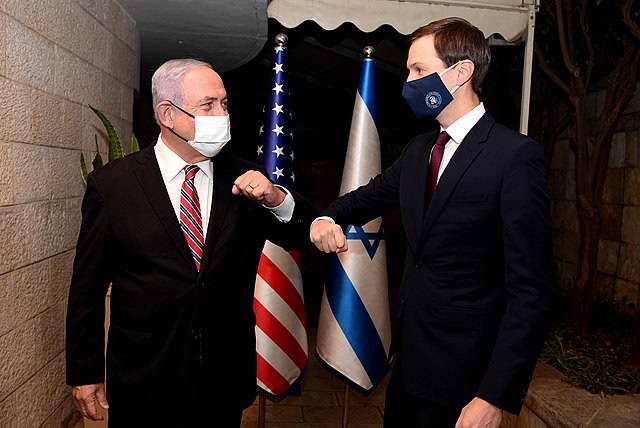 Jared Kushner and his freshly pardoned criminal father Charles appear to be seeking “at least” $100 million in kickbacks on the over $38 billion in US foreign aid they helped secure for Israel.

From Wall Street Journal, “Kushner Cos. Plans to Raise $100 Million by Selling Bonds in Israel”:

The deal would be Kushner Cos.’ first capital raise on the Israeli bond market, as well as the largest unsecured capital raise by the family-controlled business that owns billions of dollars worth of apartments, office buildings and other commercial property in the U.S.

Kushner Cos. filed the papers this month with the Israel Securities Authority and would sell the bonds on the Tel Aviv Stock Exchange. The company has raised other forms of capital in Israel in the past from both banks and equity partners.

“Kushner is considering the option of issuing bonds on the Tel Aviv Stock Exchange,” a company spokesman said. “The company has had years of success working with Israeli institutions as both a borrower and a partner.”

The billions we send to Israel are effectively fungible funds, so if this deal goes through it would amount to U.S. taxpayers giving Kushner and his criminal convict father $100 million.

The Kushners appear to be planning to use the money to buy up property from Americans bankrupted by the lockdowns the Trump/Kushner administration supported.

Kushner Cos.’ bond sale in Israel would likely take place in the first quarter of 2021. The Kushner spokesman declined to say what the company would do with the proceeds. A number of real-estate investors have begun stockpiling cash in recent months in anticipation of a wave of distressed sale opportunities hitting the market because of the Covid-19 pandemic.

Kushner Cos. appears to be joining this effort. This month, it put a portfolio of 10 Maryland rental-apartment properties with about 5,500 units on the block. It could be worth as much as $800 million.

The company has raised other forms of capital in Israel in the past including loans from Bank Leumi and Bank Hapoalim, as well as equity investments from companies like Psagot Investment House and Harel Insurance Investments and Financial Services Ltd.

This is unbelievable levels of shamelessness — but considering it involves Charles Kushner — it’s just par for the course.

There’s a huge amount of evidence suggesting Kushner together with his criminal father extorted Qatar to secure a $1.1 billion bailout — in large part from the Qatari sovereign wealth fund — for the Kushner family’s 666 Fifth Avenue property, which they bought for a record $1.8 billion in Jan 2007 just before the housing bubble crashed. 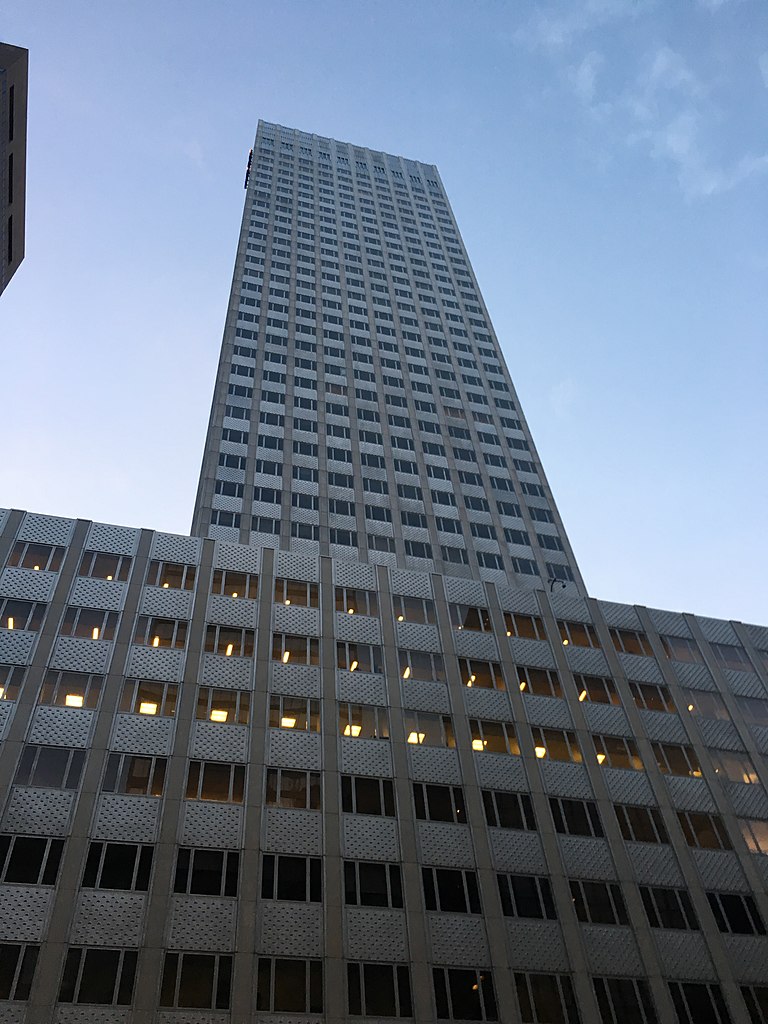 Charles Kushner bought 666 Fifth Avenue for a record $1.8 billion in Jan 2007 just before the housing bubble crashed.
Charles Kushner reportedly pressed the head of Qatar’s sovereign wealth fund to give him nearly $1 billion during negotiations in 2015-2016, while Trump was running for president. At least one of their meetings together took place during the transition at the end of 2016, after Trump had won the presidency. The Qataris shot down the deal after Trump won, reportedly to avoid “any appearances of conflict of interest,” and then in June 2017 the Trump administration labeled Qatar a sponsor of terrorism and initiated a blockade against them.

In Nov 2017, the Kushners received “a $184 million loan from Apollo Global Management to refinance a building in Chicago,” Just Security reported.

“The Qatar Investment Authority is one of Apollo’s largest investors. The loan is triple the average property loan made by Apollo.”

After Secretary of State Mike Pompeo called for the blockade to end in 2018, the Kushners “reach[ed] a deal to bailout 666 Fifth Avenue through a 99-year lease to Brookfield Asset Management for about $1.1 billion in rent for the entire 99-year term paid upfront, easing their financial troubles by allowing them to pay off most of what they owe lenders on the building.”

“The Qatar Investment Authority is the second-largest investor in Brookfield,” Just Security noted.

“Some top Qatari government officials believe the White House’s position on the blockade may have been a form of retaliation driven by Kushner who was sour about the failed deal, according to multiple people familiar with the matter,” NBC News reported.

“The operation acted almost like a campaign within a campaign,” BI reported. “It paid some of Trump’s top advisors and family members, while shielding financial and operational details from public scrutiny.”

“For months, some of Trump’s top advisors and campaign staff told Insider they had no idea how the shell company functioned, which cast an air of mystery around the operation.”

The Miami Herald reported that the Emir of Qatar appears to own the property adjacent to the Kushners’.

We may be losing our country but at least we can take solace in the fact the Kushners are cashing in like never before!

RELATED: Trump Pardons ‘King Of Medicare Fraud’ Who Looted $1.3B And Donated to Kushner-Favored Chabad-Lubavitch

One thought on “After Securing Over $38B In U.S. Aid For Israel, Kushner Seeks Potential $100M ‘Kickback’ For His Family Biz”