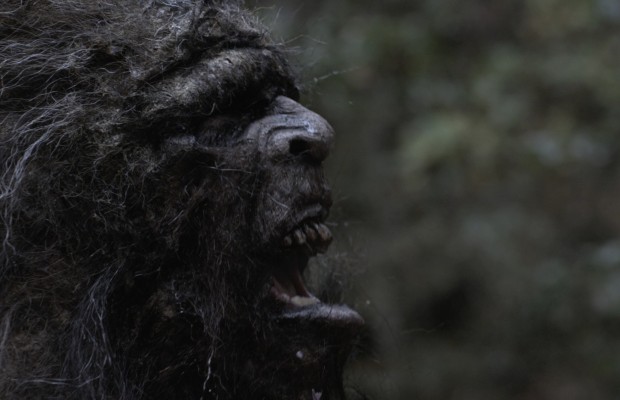 In 2018, the legendary Bigfoot left a mighty footprint on the paranormal news cycle that was worthy of its formidable size and equally enormous popularity. The unofficial spirit animal of C2C, Sasquatch was, per usual, possibly caught on film a few times this past year in a handful of different countries. The creature also found itself at the center of two court cases, was celebrated in three separate states, and even wound up being portrayed in a political ad!

Among the more noteworthy pieces of Bigfoot footage to cross our desks over the last twelve months were a creepy trail cam video captured by an elk hunter, an odd dashcam video from a driver in Russia, and an instance in which the creature may have photobombed a man making a home video of his ATV tricks. There was also a rather remarkable video from Canada as well as some footage from Michigan which was fairly impressive and added to the growing body of possible Bigfoot films.

Sasquatch sightings, sans footage, occurred throughout the year and a specific pair of such cases seemingly rose above the rest to make headlines in 2018. First, in April, a couple in New Jersey who were heading home after walking their dog in the notorious Pine Barrens spotted what appeared to be Bigfoot run behind their car. Likely owing to the fact that the creature is rarely associated with the state, the story captured the imagination of the mainstream media which gave it considerable coverage.

Alternatively, an August account of a driver passing through the New York village of Whitehall and seeing the elusive cryptid generated quite a lot of attention as the encounter just so happened to have occurred in what is considered by many to be a hot spot for the creature. And, in this particular instance, the timing of the sighting was impeccable as the community named Sasquatch their ‘official animal’ shortly thereafter.

They weren’t the only locale that embraced Bigfoot in 2018 as two other spots in the United States also officially recognized Sasquatch this year. Preceding Whitehall’s proclamation in July was the Texas city of Jefferson which declared itself the ‘Bigfoot capital’ of the state back in February. Inspired by these strange pieces of legislation, the North Carolina town of Marion also decreed that Sasquatch was the ‘official animal’ of their community. One can only hope that this leads to a proverbial ‘foot race’ among other towns and cities in America to also get on board with Bigfoot.

It was not all good news for Sasquatch in 2018, however, as the creature also happened to be the subject of two lawsuits which sought legal recognition that the creature exists. Unfortunately, the unorthodox cases, in British Columbia and California, both failed to produce their desired results with the American litigation being dropped for the time being and the Canadian lawsuit summarily dismissed by a judge. Bureaucracy also dealt a blow to Bigfoot in Washington state as attempts to get the creature showcased on a commemorative license plate never got out of the starting blocks.

As we’ve seen over the years, when it comes to Bigfoot, things can sometimes get a little weird, and 2018 was no exception as evidenced by the time Sasquatch popped up during the mid-term election in a fantastic campaign ad that aired in Minnesota. Earlier in year, the U.S. Forest Service was forced to issue a statement assuring Montana residents that Bigfoot was not running amok in a National Forest after flyers declaring such a scenario were plastered throughout the area. In retrospect, perhaps those weird warnings had something to do with the Montana man who was nearly shot after being mistaken for Sasquatch later in the year.

Ultimately, although the creature made news in a variety of ways this past year, it was, sadly, not the subject of the one headline that we’ve all been waiting for: Bigfoot proven real. As such, we’ll keep our fingers crossed that 2019 will be different and that we’ll finally get to meet the creature that has captured the hearts and minds of so many people around the world. Failing that, we may have to simply be satisfied with seeing how Sasquatch surprises us next year, since that seems to be one of the creature’s favorite things to do when it isn’t appearing in videos or being honored by small towns.