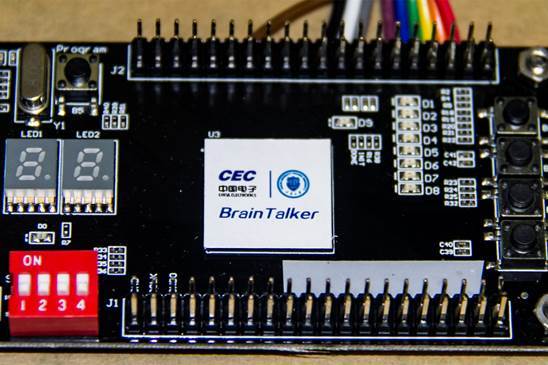 A MIND reading brain computer chip has been announced at the World Intelligence Congress in China.

The breakthrough device is called Brain Talker and allows a person to control a computer with just their brainwaves.

Brain-computer interfaces (BCIs) are devices that have been designed to create simple communication between the human brain and computers.

Brain Talker has been specially created to decode brainwave information and send it straight to a computer with no verbal communication or movement required.

In the future, this technology could be used for educational purposes, gaming or as a medical device for people who struggle to move, such as for those with motor neurone disease.

It is not implicitly stated how the brain chip will be worn but most BCIs are currently worn outside of the body and not actually inside a user’s brain.

Tianjin University researcher Ming Dong said: “The signals transmitted and processed by the brain are submerged in the background noise.

“This BC3 [Brain-Computer Codec Chip] has the ability to discriminate minor neural electrical signals and decode their information efficiently, which can greatly enhance the speed and accuracy of brain-computer interfaces.”

Ming believe that brain chips like the one he has worked on could soon be mainstream technology.

“The Brain Talker chip advances BCI technology allowing it to become more portable, wearable, and accessible to the general public.”