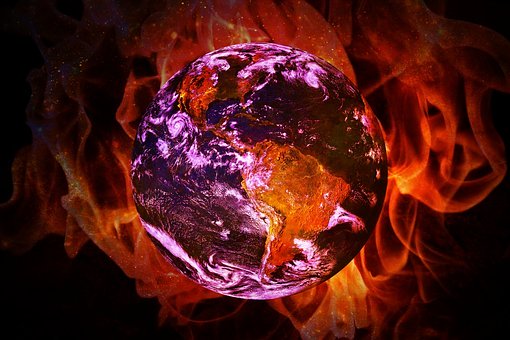 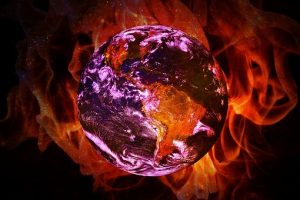 Many years ago, I compared the claim that human CO2 was causing global warming was analogous to determining what was causing your car to falter.

To simplify the analysis, you decided to not look at the engine, the transmission, the gearbox, the drive shaft, the differential, the axle, and the wheel, to focus attention on one portion of the thread of one bolt of one nut on the right rear wheel.

Figure 1 is a systems diagram of the atmosphere and atmospheric processes. It appears complex, but is, in reality, a simple representation. The people who created the Intergovernmental Panel on Climate Change (IPCC) decided this system, analogous to your car was faltering. Through their definition of climate change as only those changes caused by humans, they narrowed the search to human CO2.

In the diagram, it is one thread on one bolt in the section labelled “Atmospheric composition.” That section includes all the gases of the atmosphere and the billions of tonnes of particulates. These gases and particles affect the incoming solar radiation and outgoing long-wave heat energy.

They also vary over time, but we have virtually no idea of quantities or the variability. Of all the gases in the composition, the so-called greenhouse gases (GHG) comprise approximately 4 percent. And of that 4 percent total, carbon dioxide (CO2) is 4 percent, and human CO2 is approximately 3.4 percent.

It is one thread on one bolt of the complex system. The actual amount of human-produced CO2 added to the system is an estimate produced by the IPCC. It is, like all other numbers used, a barely educated guess presented with the authority that it is accurate and real. The first use of CO2 for a political agenda was by Margaret Thatcher. She wanted to break the coal miner’s union that was holding the country to ransom and also to promote nuclear power.

She used Sir John Houghton, head of the United Kingdom Meteorological Office, to produce the science. He later became the first co-chair of the IPCC.

Houghton was an ideal candidate because he believed human industrial development was a sin and wrote articles on the subject. He is entitled to his personal opinions, but science must be amoral and apolitical, but that, apparently, does not apply to Houghton. Later in life Margaret Thatcher, to her credit, accepted that the anthropogenic global warming (AGW) hypothesis was wrong, but a dangerous precedence was set.

The precedence was to maintain the lie that CO2 was a dangerous gas. They ignored from the start its role as a life source for plants, without which there is no oxygen or any lifeform.

A major assumption was that an increase in CO2 would result in a temperature increase. In 1990 the Antarctic ice core was produced that appeared to show confirmation (Figure 3). Within 5 years it was shown that the graph showed that temperature increased before CO2. They claimed that the residency time in the atmosphere of the CO2 humans produce was 100 years. The argument was that even if we stopped production now, the problem would persist for a very long time.

Also, failure to stop prolonged the problem. It didn’t take long to show that the actual residency time was at most 6 years. Figure 4 shows a comparison of independent research measures against that of the IPCC. Before CO2 became the focus more attention was paid to methane (CH4). This was pushed by groups battling the cattle industry. Jeremy Rifkin wrote a book and led a campaign titled, “Beyond Beef.” The basic claim was that cattle were the cause of virtually every ill, both environmental and socio-economic, afflicting the world.

They conveniently ignored the 210 million “Holy Cows” in India that produce no foodstuffs whatever. The biggest challenge involved the fact that methane, although a greenhouse gas, is only 0.36% of all the GHG by volume and just 0.00017% of all atmospheric gases. Compare this with water vapor (H2O) that is 95% of GHG.

They tried to inflate the impact of CH4 by introducing an effectiveness scale. This claimed, without evidence, that the global warming potential (GWP) of CH4 was 50 times greater than CO2. GWP became an official designation, but even with the multiplier, the actual effect is a fraction of that for H2O.

All you need to know is the Environmental Protection Agency (EPA) estimates for the GWP for CH4 is between 28 and 36. The GWP became important again later when the focus shifted from CH4 to CO2 because it was pointed out that CO2 is only 4% of the total GHG. The IPCC included a GWP Table for all GHG, almost all are man-made elements, but they do not include H2O. This is statistical manipulation of the worst kind and central to the estimates of the GWP is the residency time, which we already discussed.

This process is a standard practice of the AGW claim.

There are virtually no actual measures of anything including temperature and precipitation, but especially GHG. What they do is produce data in a separate computer model and then use it as real data in another model.

This practice is the basis for the data on which the global climate models (GCM) are built. We have no real weather data for 85% of the Earth’s surface and less than 1% above the surface. They create data in a process called parameterization and use it as real data to build the GCM.

When the deception began, they assumed the increase in CO2 and temperature was unlimited. Very early it was shown that the atmosphere was virtually saturated with CO2’s capacity to slow down the rate of heat escape to space. I describe it using a black paint analogy. If you want to stop light coming through a window, apply one coat of black paint.

That coat is equivalent to the current amount of CO2 in the atmosphere. Add a second coat of paint and only a small fraction more of light is blocked. This is the same as increasing the amount of CO2 in the atmosphere. Figure 5 shows estimated temperature increases for doubling CO2 by 3 different scientists. The fact they disagree all using physics shows how imprecise the understanding is of the dynamics. In response to this problem, a positive feedback was proposed. This claimed that a CO2 increase caused a temperature increase and this increased the rate of evaporation. A higher level of H2O in the atmosphere would enhance the warming started by CO2 would continue.

For example, two of the major natural sources of CO2 are the oceans and rotting vegetation. The error of the estimate for annual production both these sources exceeds the gross amount estimated for human production.

Finally, the IPCC says the current atmospheric level of CO2 is 400 parts per million (ppm). Al Gore and others will have you believe this is the highest level ever. People like Bill McKibben of an organization called 350.org join with Gore demanding a reduction in that level. Their name implies this is an optimal level. Let’s put this in context by looking at a reconstruction of CO2 and temperature levels inferred from a variety of geologic and biologic sources (Figure 6). The last point is important because research by Sherwood Idso and others show this is the optimum level for plant growth. It is confirmed over the last 100 years by commercial greenhouses injecting this level to achieve four times greater yield.

So, fix that car and keep on driving because the CO2 it produces is not causing global warming and is essential for both flora and fauna (that includes you) on planet Earth.