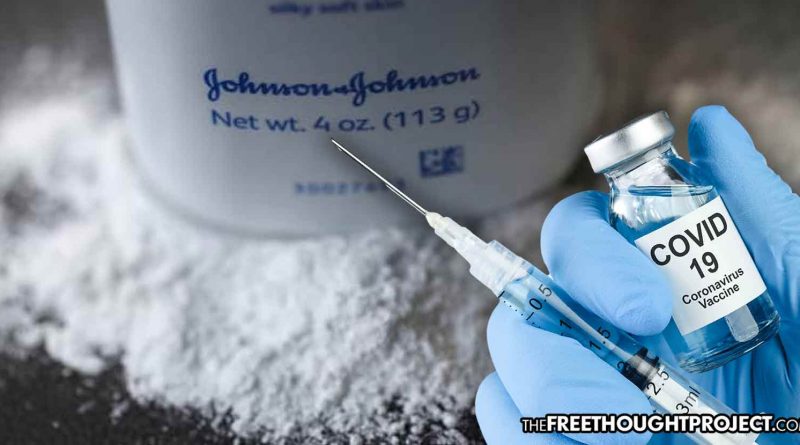 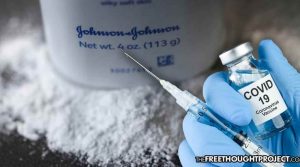 After Pfizer/BioNTech and Moderna, Johnson & Johnson became the third vaccine to be authorized for distribution in the United States. After its approval, controversy quickly arose as the US Conference of Catholic Bishops, and other dioceses from across the country released statements expressing “moral concerns” over the shot due to its use of lab-grown cells that descend from cells taken in the 1980s from the tissue of aborted fetuses. While fetal tissue may be a legitimate concern for many, it is fairly common in plenty of other vaccines. And Johnson & Johnson has given us far greater reasons to be skeptical of their products.

Johnson & Johnson knew for decades their baby powder was tainted with carcinogenic asbestos and they kept that information from regulators and the public. A government-funded study from the mid-1990s found that Johnson’s baby powder caused cancer in rats and other studies have found an increased risk of cancer in women who used their talc-based products. The potential risks have been known to the company for decades.

What’s more, in 2018, the pharma giant was ordered to pay $4.7 billion to thousands of victims who reportedly developed cancer from using Johnson & Johnson’s products. In that case, 22 women alleged the company’s talc-based products, including its baby powder, contained the known carcinogen, asbestos, which caused them to develop cancer. According to reports, there are over 9,000 similar talc lawsuits against the company.

Currently faced with several major lawsuits for fueling the opioid crisis in the United States, Johnson & Johnson also has a history of bribing doctors and government officials. Even more disturbing still, a Reuters investigation found that J&J knowingly sold a baby powder product that they knew had asbestos in it, which causes mesothelioma.

One example is Alabama resident Jacqueline Salter Fox who filed a lawsuit prior to her death in October 2015. Her complaint was part of a broader claim in Missouri, which involved nearly 60 people. This subsequently led to a torrent of lawsuits against the company resulting in billions in settlements.

Following Fox’s death at the age of 62, her son took over as a plaintiff in the case. Fox’s family received $10 million in actual damages and $62 million in punitive damages in 2016.

In her suit, Fox said she had used Baby Powder and Shower to Shower for feminine hygiene for more than 35 years before being diagnosed with ovarian cancer in 2012. Her attorneys argued that Fox’s terminal ovarian cancer was directly caused by the talc inside the personal hygiene products.

They also claimed that the company had known about the risk of cancer for decades, but failed to warn customers in a race for profit.

Speaking at the hearing on February 16, 2016, Allen Smith, an attorney for the family, argued that the company “valued profits over human life”.

“Johnson & Johnson was aware of every one of these studies going back 30 to 40 years,” Smith said, referring to a mid-1990’s government study that revealed that talc caused cancer in rats.

Their alleged corruption doesn’t end in the baby powder realm either. In 2018, a lawsuit was filed on behalf of members of the American military who were injured or killed in attacks from 2005 to 2009. The lawsuit alleged that Johnson & Johnson as well as the other vaccine manufacturers Pfizer and Astrazeneca funded terrorism in Iraq.

According to a report in the NY Times, the Justice Department subsequently launched an investigation over the claims that these major drug and medical device companies doing business in Iraq knew that the free medicines and supplies they gave the government to win business there would be used to underwrite terrorist attacks on American troops.

To be clear, no one here is claiming that the vaccine will hurt massive amounts of people or that it will not be beneficial in stopping the virus. However, by the very definition of the phrase, “long term effects” the literal long term effects of the vaccine are completely unknown. Nevertheless, under pressure from citizens, industry insiders, and the media, governments around the world have developed methods to “fast track” and “warp speed” the approval of these vaccines.

The process has been so fast that even those working on the front lines of the the pandemic are expressing their concerns and refusing to take the jab.

While there are certainly some outlandish claims based on complete nonsense made by those who oppose vaccinations as well as the rabid pro-vaxxers, the examples listed above prove there are very real reasons to advocate for informed consent and vaccine safety. No one here at TFTP is telling anyone what to do in regard to vaccinations. We are however, advocating for safety at all levels of this process. Nevertheless, those who promote vaccine safety are increasingly being treated as outcasts and lawmakers and media alike are calling for them to be silenced.

Skepticism is not dangerous, as the media would have you believe. It is necessary for producing a safe product yet Johnson & Johnson and Pfizer both have highly questionable histories with operating procedures that are the antithesis of safety.

In 2000 the Washington Post published a major exposé accusing Pfizer of testing a dangerous new antibiotic called Trovan on children in Nigeria without receiving proper consent from their parents. The experiment occurred during a 1996 meningitis epidemic in the country. In 2001 Pfizer was sued in U.S. federal court by thirty Nigerian families, who accused the company of using their children as human guinea pigs.

In 2006 a panel of Nigerian medical experts concluded that Pfizer had violated international law. In 2009 the company agreed to pay $75 million to settle some of the lawsuits that had been brought in Nigerian courts. The U.S. case was settled in 2011 for an undisclosed amount.

Classified U.S. State Department cables made public in 2010 by Wikileaks indicated that Pfizer had hired investigators to dig up dirt on Nigeria’s former attorney general as a way to get leverage in one of the remaining cases. Pfizer had to apologize over the revelation in the cables that it had falsely claimed that the group Doctors Without Borders was also dispensing Trovan during the Nigerian meningitis epidemic.

In 2011, Johnson & Johnson agreed to pay $70 million to settle civil and criminal charges of bribing doctors in Europe and paying kickbacks to the Iraqi government to illegally obtain business.

Are we supposed to forget the track record of these companies who deliberately misled regulators about the hazards of their products, knowingly contributing to the deaths of more than 125 people? Or who experimented on children? Or who has paid out hundreds of millions in settlements for the deaths of scores of patients?

The fact is that these companies have track records that include bribing government officials to illegally testing products on children to making false claims about drugs and illegally marketing them. These companies include Johnson & Johnson, whose penalty total on Violation Tracker is $4.2 billion, AstraZeneca ($1.1 billion), GlaxoSmithKline ($4.4 billion) and Sanofi ($641 million).

Now, Johnson & Johnson, a company with a history of death and destruction, has announced they will begin testing the COVID-19 vaccine on newborns and children — whose chances of dying from the virus are almost zero.