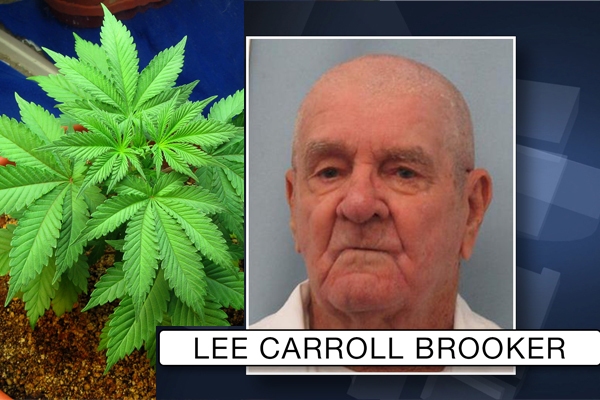 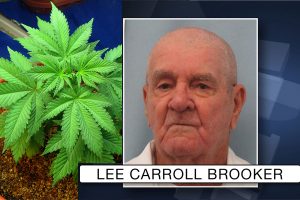 Many people have spoken vehemently against this draconian law in the state before, but state officials have deliberately ignored the concerns.

According to observers, had marijuana been placed on the ballot nationwide, it would have swept through, gaining more votes than Trump and Clinton put together. Many believe the federal restriction on the plant will soon collapse, as more and more people in the country understand the medicinal value of marijuana.

But despite the hopes that marijuana laws at the federal level would soon loosen, the country’s law enforcement and judicial officials are hiding behind an archaic and draconian law on marijuana that throws innocent people in jail for life, for no apparent reason.

The United States Drug Enforcement Agency (DEA) classifies marijuana as a schedule 1 drug on the Controlled Substance Act (CSA), meaning the plant is in the category of hard drugs such as cocaine, heroin and others.

Although there have been petitions in the past asking the DEA to remove marijuana from the schedule 1 on the CSA, the agency has blatantly refused to do so, putting up a ridiculous argument that there is no evidence to prove marijuana has any medicinal value.

This has led conservative Christian states, especially those in the Bible Belt, to tighten their laws on marijuana. The Bible Belt is an informal region in the southeastern and south-central United States where socially conservative evangelical Protestantism plays a strong role in society. Christian church attendance across the denominations in the area is generally higher than the nation’s average.

One of the Bible Belt states is Alabama. Alabama and three other states in the U.S. mandate a life without parole sentence for simple possession of small amounts of marijuana by people with certain prior felony convictions.

This means if you live in Alabama and you have been convicted on a felony charge before, you will risk a life jail sentence if caught in the possession of even a small amount of marijuana.

Many people have spoken vehemently against the draconian law in the past, but state officials have deliberately ignored voiced concerns. The unjust and draconian law has now caught up with an innocent poor man in the state.

A court in the state has sentenced a 77-year-old disabled veteran, Lee Carroll Brooker, to life in prison for possessing a small amount of marijuana. What is more appalling regarding the sentence is the fact that the elderly man didn’t possess the plant for his pleasure.

Brooker has been diagnosed with multiple chronic conditions. He decided to use marijuana to cure his ailments instead of relying on Big Pharma’s dangerous medicines.

Since medical marijuana is not legal in Alabama, Brooker planted only three of the plants in the backyard of his son’s house. When law enforcement officials discovered the plant, they dragged him to court, leading to his unjust sentence.

During the sentencing of Brooker, the trial judge said in court that if he [the judge] could sentence him [Brooker] to a term that is less than life without parole, he would have done it.

“Alabama, like three other states, mandates a life without parole sentence for simple possession of small amounts of marijuana by people with certain prior felony convictions — and Mr. Brooker had been convicted of a string of robberies twenty years earlier in Florida, crimes for which he served ten years in prison. In such a case, the law doesn’t require prosecutors to prove any intent to sell the drug,” The New York Times explained on the absurd sentence.

Mr Brooker is said to have joined the United States Army at age 17. He came under fire in both Lebanon and the Dominican Republic, eventually rising to the rank of sergeant in the 82nd Airborne — where he was decorated for infantry service.

The chronic conditions he is experiencing now could probably be as a result of his past profession. And when he tried to cure them naturally, he was put behind bars for the term of his natural life.

Last year, Brooker challenged the Supreme Court to hear his sad and unjust sentence. But the notorious conservative Alabama Chief Justice Roy Moore refused to hear the case. Justice Moore even admitted that Brooker’s sentence was excessive and unjustified.

According to The Times, the judge deciding the vet’s fate would have preferred to hand down a lighter sentence, but once the charges had been brought as they were, he was obligated to enforce the letter of the law.

The Supreme Court’s refusal to hear his case means Brooker has been left little recourse but to ultimately die in jail for treating his ailments with a plant that has been proven to have medicinal value by many studies.

From all indications, state officials deliberately wanted to jail Mr Brooker simply because he refused to make Big Pharma rich, by turning to marijuana. The Times pointed this out:

“While the sentence was mandatory, the prosecutor was not required to bring the precise charges that triggered it. Prosecutorial discretion here, as in most cases, is a central factor in determining what punishment defendants face.”

What is also painful, in Brooker’s case, is that in other states where medical marijuana is legal, Brooker would have been a free man for treating his illness with the plant. But in Alabama, it appears the 77-year-old will suffer the consequences of bad policy, unjustifiable law, and the cruelty of ostensible authoritarian leadership in a state that is wholly supported by the federal government.