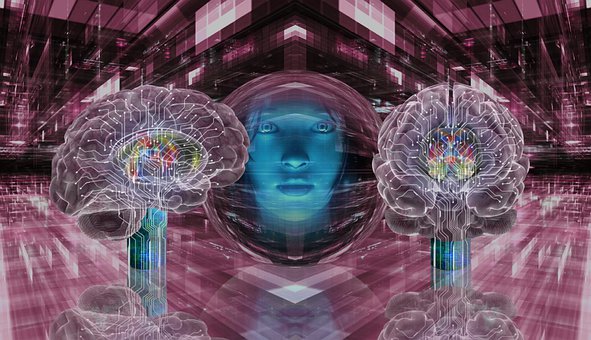 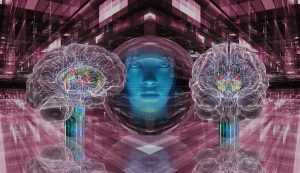 When you have the media in partnership with the State, you can repeat certain words over and over, day after day, and achieve mass mind control.

These words become a line of rocks in a stream. The television viewer (mind control subject) jumps from rock to rock across the stream, and then jumps back across the same rocks; and keeps going, back and forth, hundreds and thousands of times.

There is no examination or analysis of what these words mean. There is certainly no analysis of deception in their meanings.

The media make the atmosphere and the weather around the stream and the rocks seem ominous; that’s the only necessary context.

When you talk to one of these mind control subjects, and mention any key word, he starts jumping across the stream. That’s all he does.

If you mention a related situation, he plugs in one of the key words himself. For example, you say, “Lots of young athletes are collapsing during games after they’ve taken the jab.” And he’ll nod and say, “Oh yes, the anti-vaxxers.”

“My cousin took the test four times. The first time, the result was indeterminate. The second and third times it was negative. Then it was positive.” And the mind control subject thinks: TEST. That’s all he thinks. He doesn’t pick up a hint of a problem.

You start talking about Fauci’s horrific track record, and he thinks: DOCTOR. That’s all.

“They lifted the mask mandate yesterday.” He thinks: GOVERNMENT. As if to say, “It’s all right if the government decides it is.”

If you move in next to the stream and the rocks with a hundred trucks and block his access to the water, he wants to hurt you. Then a new lineup of words appears: criminal, terrorist, racist…

Magically, he’s got a new stream with new rocks.

If you say FREEDOM, he’s on that new stream jumping with new energy.

How deep is all this mind control?

Well, you could try an experiment. Find a good printer and print out a fake front page of, say, the New York Times, with the top headline: PRESIDENT BIDEN MAKES EMERGENCY ANNOUNCEMENT: THE VACCINE IS KILLING HUNDREDS OF THOUSANDS OF PEOPLE.

Show one of these mind control subjects the page. There’s a good chance he’ll think: GOVERNMENT. And that’s all he’ll think.

Fortunately, he’s not everyone. His ilk are declining in numbers now.

The rocks in the stream are chipping and crumbling. Some of them are quite slippery, and when people jump on them, they fall into the cold water.

They notice the remaining trucks parked nearby are much bigger than the rocks.

When they hear the angry little rich boy, Trudeau, say he’s going to freeze the bank accounts of people who donated to the truckers, some of them think: GOVERNMENT. But then, against their will, they also think, “The government can freeze BANK ACCOUNTS? What kind of bullshit is that? I HAVE A BANK ACCOUNT.”

This is how empires fall.