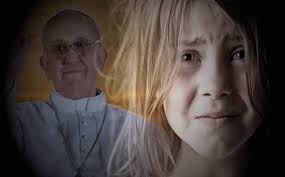 Two adolescent women claimed that Pope Francis raped them while participating in child sacrifices. Eight eyewitnesses confirmed the allegations according to evidence presented this week at a Brussels Common Law Court of Justice.

The Ninth Circle Satanic child sacrifice rituals were said to take place during the Springs of 2009 and 2010 in rural Holland and Belgium.

Pope Francis was also a perpetrator in satanic child sacrifice rites while acting as an Argentine priest and Bishop according to records obtained from the Vatican archives.

A prominent Vatican official and former Vatican Curia employee obtained the sealed documents for use by the court. This was not the first time satanic activities were suspected to be at the Vatican according to this ABC news story. (2)

Another witness was set to testify that they were present during Pope Francis’ meetings with the military Junta during Argentine’s 1970’s Dirty War. According to the witness, Pope Francis helped traffic children of missing political prisoners into an international child exploitation ring run by an office at the Vatican.

Evidence of a Catholic Jesuit Order document called the “Magisterial Privilege” was presented in court by the Chief Prosecutor. The record dated Dec. 25 1967 was said to show that every new Pope was required to participate in Ninth Circle Satanic ritual sacrifices of newborn children, including drinking their blood.

“Documents from Vatican secret archives presented to court clearly indicate that for centuries the Jesuits had a premeditated plan to ritually murder kidnapped newborn babies and then consume their blood,” the Chief Prosecutor told the five international judges and 27 jury members.

“The plan was born of a twisted notion to derive spiritual power from the lifeblood of the innocent, thereby assuring political stability of the Papacy in Rome. These acts are not only genocidal but systemic and institutionalized in nature. Since at least 1773, they appear to have been performed by the Roman Catholic Church, Jesuits and every Pope.”

Two witnesses claimed that as children they were at child sacrifices with the former Pope Joseph Ratzinger. Since at least 1962 Ratzinger participated in child sacrifices as a member of the Knights of Darkness according to the Vatican records presented at court. Ratzinger was an S.S. Chaplain’s assistant at the German Ravensbruck Concentration Camp during World War II.

The children to be killed were supplied from prisoners at the death camp. The Nazi Waffen S.S. Division Knights of Darkness was established by Hitler in 1933 and embraced ancient pagan occult beliefs in human sacrifice.

Dutch Therapist-ritual abuse survivor Toos Nijenhuis testified of her witness to child sacrifice in this video: