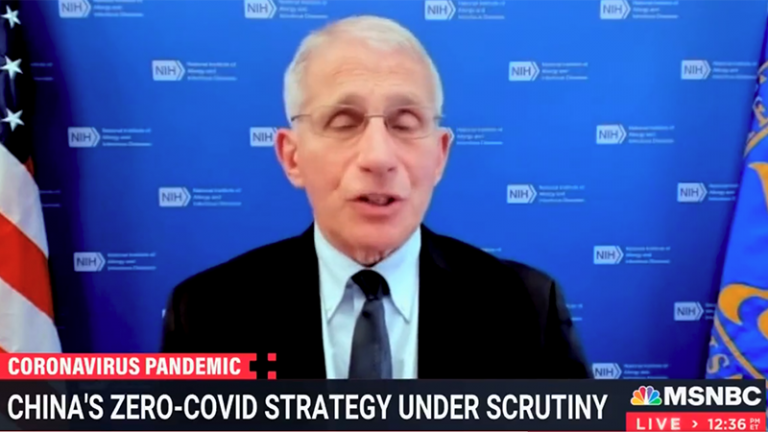 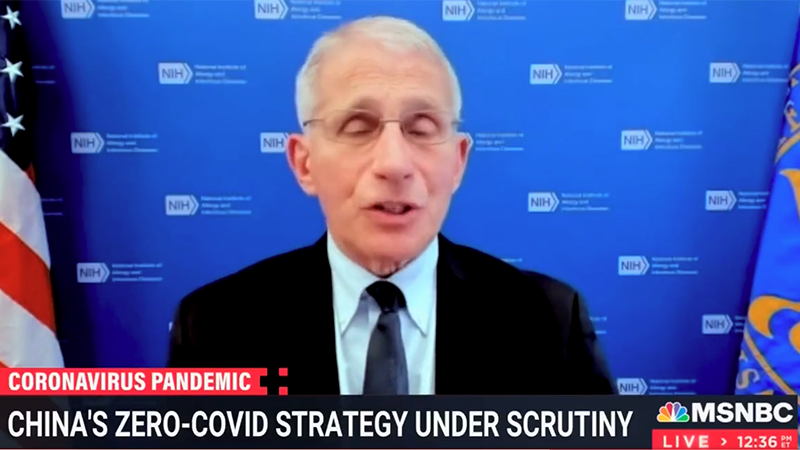 Appearing on MSNBC Wednesday, Anthony Fauci let the truth about lockdowns slip… that they are theatre designed to scare people into getting vaccinated.

When asked by host Andrea Mitchell about the unfolding lockdown hellscape in China, Fauci actually praised the Communist government’s actions.

Fauci stated “China has a number of problems, two of which are that the complete lockdown, which was their approach, a strictest lockdown you’d never be able to implement in the United States. Although that prevents the spread of infection, I remember early on they were saying, and I think accurately, they were doing better than anyone else.”

Then came the kicker as Fauci declared “You use lockdowns to get people vaccinated so that when you open up, you won’t have a surge of infections.”

Completely ignoring the concept of natural immunity, Fauci added “Because you’re dealing with an immunologically naive population of the virus because they’ve not been exposed because of the lockdown.”

He went on to state that China’s vaccines are not good enough.

“The problem is the vaccines they’ve been using are not nearly as effective as the vaccines used in the United States, UK, EU, and other places. So, they don’t have the degree of protection that’s optimal,” Fauci claimed.

He continued, “Also, they have a lot of their older population, which are the most vulnerable among us, and so, there’s a double negative there. One, they don’t have people who are protected, and B, the people who need it most, are not getting the vaccination. That’s the source of the problem in China.”

Isn’t the more immediate ‘source of the problem’ in China that people are being locked up in their box homes and starved to death in a maniacal quest for ‘zero COVID’?