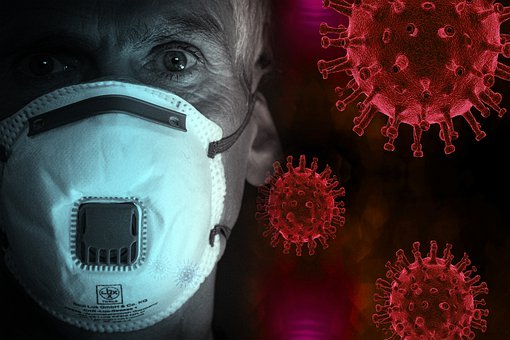 READ MORE AT PREP FOR THAT

Epidemiologist Neil Ferguson who wrote the Imperial College London coronavirus model which was massively shared on social media, including by the New York Times, is now backing down his death toll claims. Ferguson’s death rate model helped shape our temporary shelter down policies.

Originally, Ferguson said that 2.2 million will perish in the United States as a result of coronavirus. He predicted half a million deaths in the U.K. alone. This was if there was no action taken.

But now, Ferguson says the data was skewed. He says that many more people probably have or have had coronavirus, which means his original results are off.

“This is a remarkable turn from Neil Ferguson, who led the [Imperial College] authors who warned of 500,000 UK deaths — and who has now himself tested positive for #COVID,” stated former New York Times reporter Alex Berenson.

“He now says both that the U.K. should have enough ICU beds and that the coronavirus will probably kill under 20,000 people in the U.K. — more than 1/2 of whom would have died by the end of the year in any case [because] they were so old and sick,” he wrote.

Berenson says that fear-mongering media is refusing to cover the story because it doesn’t fit into their apocalyptic coverage.

Berenson continued: “Essentially, what has happened is that estimates of the viruses transmissibility have increased — which implies that many more people have already gotten it than we realize — which in turn implies it is less dangerous.”

“Ferguson now predicts that the epidemic in the U.K. will peak and subside within ‘two to three weeks’ — last week’s paper said 18+ months of quarantine would be necessary,” the former reporter highlighted.

“One last point here: Ferguson gives the lockdown credit, which is *interesting* — the UK only began [its] lockdown 2 days ago, and the theory is that lockdowns take 2 weeks or more to work,” stressed Berenson. “Not surprisingly, this testimony has received no attention in the US — I found it only in UK papers. Team Apocalypse is not interested.”

As we approach a new day where the tide is turning, many people who bring up incoming economic woes are being shamed. Any site that draws the conclusion that at some point, we need to turn back on the economy, is being lashed out at as someone willing to kill off a portion of our society so that we don’t suffer financial losses.

It seems the winds of change are happening now. We saw it with Zika, Swine Flu, and many other fear-based media campaigns. Its likely that Coronavirus won’t end much differently.