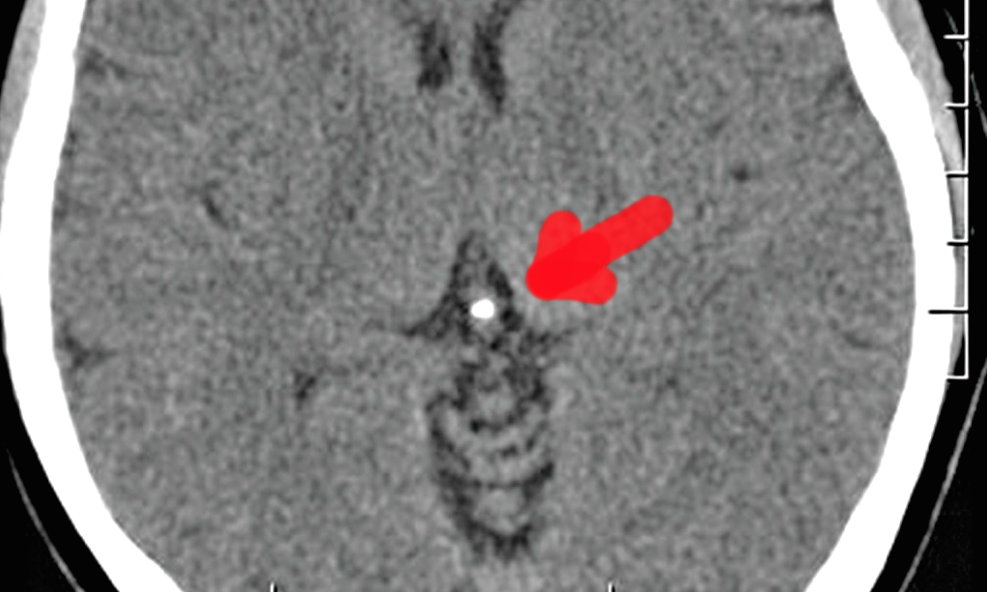 This article is copyrighted by GreenMedInfo LLC, 2018
Visit our Re-post guidelines The pineal gland has been known as the ‘seat of soul’ for hundreds of years. Could fluoride, a ubiquitous vector of toxicity in the modern world, actually be calcifying this gland and literally turning it to stone?

Research published in 2001 showed that fluoride (F) deposits in the pineal gland with age and is associated with enhanced gland calcification. Eleven aged cadavares were dissected and their pineal glands assayed:

This is the not the first research to implicate fluoride in contributing to so-called ectopic calcification, or the calcification of soft tissue. We address this in a previous report on the potential for fluoride to calcifiy the arteries.

What Is The Pineal Gland?

The pineal gland is a small endocrine gland in the vertebrate brain, and is sometimes called the “third eye” as it is a light sensitive, centrally-located organ with cellular features resembling the human retina.

One article describes the role of the pineal gland in more technical terms here:

“The role of the nonvisual photoreception is to synchronise periodic functions of living organisms to the environmental light periods in order to help survival of various species in different biotopes.” [Source] The pineal gland is best known for its role in producing the hormone melatonin from serotonin (triggered by the absence of light) and affects wake/sleep patterns and seasonal/circadian rhythms. Like a tiny pea-sized pine cone it is located near the center of the brain, between the two hemispheres  and is a unique brain structure insofar as it is not protected by the blood-brain-barrier. This may also explain why it is uniquely sensitive to calcification via fluoride exposure.

More Than An Endocrine Gland

Technically the mammalian pineal gland is neural tissue, and the cells within the pineal gland – the pinealocytes – have characteristics that resemble the photorecetpor cells in the retina.

This has given rise to the opinion that it should be reclassified:

“In our opinion, the main trend of today’s literature on pineal functions–only considering the organ as a common endocrine gland–deviates from this structural and histochemical basis.” [Source]

The pineal gland has been a subject of much interest since ancient times. Galen described it in the 3rd century, and the philosopher René Decartes (1596-1650) identified the pineal gland as the “seat of the soul.” His explanation for this conclusion is quite interesting: “My view is that this gland is the principal seat of the soul, and the place in which all our thoughts are formed. The reason I believe this is that I cannot find any part of the brain, except this, which is not double. Since we see only one thing with two eyes, and hear only one voice with two ears, and in short have never more than one thought at a time, it must necessarily be the case that the impressions which enter by the two eyes or by the two ears, and so on, unite with each other in some part of the body before being considered by the soul. Now it is impossible to find any such place in the whole head except this gland; moreover it is situated in the most suitable possible place for this purpose, in the middle of all the concavities; and it is supported and surrounded by the little branches of the carotid arteries which bring the spirits into the brain.”[Source]

Decartes was one of the few philosophers who was experienced in vivisection and anatomy, and who righly pointed out the unique nature of the pineal gland’s location in the brain and blood supply.

The “third eye” is also a well known symbol in Eastern literature, and may be concretely grounded in the anatomical structure and function of the pineal gland.

Calcium Stones In the Brain

Pineal gland calcifications upon dissection resemble gravel, and are composed of calcite (calcium carbonate) and/or calcium hydroxylapatite, the latter of which is not unlike dentin or bone. [Source]

Pineal gland calcification is associated with a number of diseases in the medical literature:

Learn more about the role of brain calcification in Alzheimer’s disease.

Fluoride As A “Therapeutic” Neurotoxin?

Now that it has been established that fluoride (F) exposure contributes to the calcification of the pineal gland, the question remains: what are the subjective affects of these tissue changes to those who undergo them? Prozac may represent an archetypal example of how fluoride affects the personality/soul. This drug (chemical name fluoxetine) is approximately 30% fluoride by weight and marketed as an “antidepressant,” even while a major side effect of its use and/or withdrawal is suicidal depression.  Modern psychiatry often treats depressive disorders – the “dark night of the soul” – as an organic disorder of the brain, targeting serotonin reuptake by any chemical means necessary. Fluoride and fluoxetine, in fact,  may accomplish their intended “therapeutic effects” by poisoning the pineal gland.  Animal studies confirm that when mice have their pineal glands removed they no longer respond to fluoxetine.  [Source]

Perhaps the primary reason why Prozac causes a favorable reaction in those who are treated (poisoned) with it, is that it disassociates that person from the psychospiritual conflicts that they must normally suppress in order to maintain the appearance of sanity and functionality in society, i.e. it is control and not health that is the goal of such “treatment.”

If Prozac and other sources of fluoride in our environment deposits within the pineal gland, accelerating the transformation of functional pineal tissue into calcification, is it possible that it works by dehumanizing and flattening the affect of those who are under its influence?

How Do We Prevent Pineal Gland Calcification?

Eliminating exposure to fluoride is the #1 priority.  We can start by being careful about surreptitious forms of fluoride in Teflon, foods and beverages produced with muncipal water, tap water, infant formula, fluoride containing drugs like Prozac, toothpaste, etc. We have collected a number of studies from the US National Library of Medicine on natural substances which mitigate fluoride toxicity.  We also have a section on our database dedicated to finding substances which prevent or reverse other forms of pathological calcification which may have relevance for pineal gland calcification, such as ectopic calcification. Lastly, there is research on the potential value of magnesium and phytate in reducing pineal gland calcification.

Flouride has a wide range of adverse effects. We have indexed over 60 diseases linked to this ubiquitious toxicant on the GreenMedInfo database. But based on the research presented here one new way of describing it’s adverse effects is as a “calcifier of the soul.”

One thought on “Fluoride Literally Turns the Pineal Gland to Stone, Research Suggests”