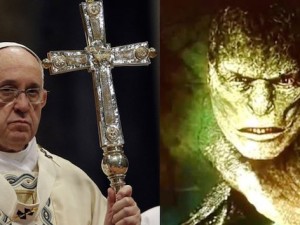 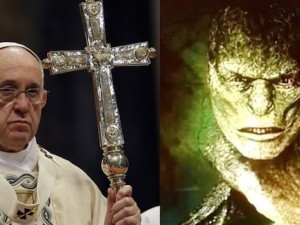 His tweets and homilies about the devil, Satan, the Accuser, the Evil One, the Father of Lies, the Ancient Serpent, the Tempter, the Seducer, the Great Dragon, the Enemy and just plain “demon” are now legion.

For Francis, the devil is not a myth, but a real person. Many modern people may greet the Pope’s insistence on the devil with a dismissive, cultural affectation, indifference, or at the most indulgent curiosity.

Yet Francis refers to the devil continually. He does not believe him to be a myth, but a real person, the most insidious enemy of the church. Several of my theologian colleagues have said that he has gone a bit overboard with the devil and hell! We may be tempted to ask, why in the devil is Pope Francis so involved with the prince of demons?

Francis’ seeming preoccupation with the devil is not a theological or eschatological question as much as a call to arms, an invitation to immediate action, offering very concrete steps to do combat with the devil and the reign of evil in the world today.

In his homilies, Francis warns people strongly to avoid discouragement, to seize hope, to move on with courage and not to fall prey to negativity or cynicism.