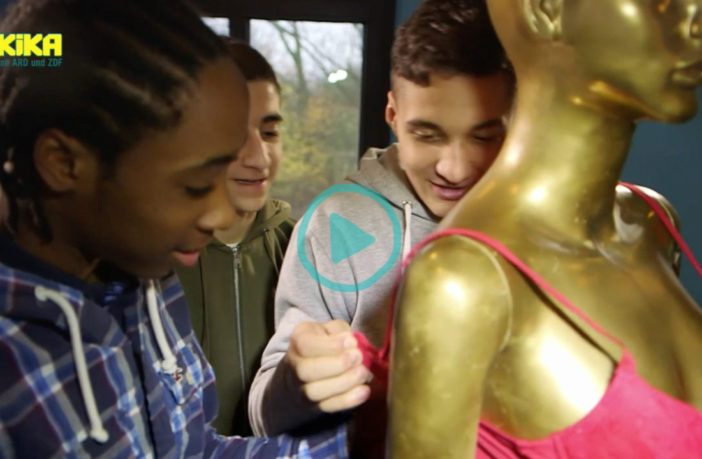 For the second time in a few weeks the German children’s channel KIKA has shocked the public.

After encouraging a child marriage between an adult migrant and a naïve German teen girl, this time on their programme was a segment about opening a bra. A strange subject for a children’s channel that makes content for kids between 3 and 13 years old.

But it becomes even more peculiar when the three boys opening the bra on TV are migrants. This could have something to do with KIKA’s “education mission”, but after several migrants sex attacks and a horrible rape-murder, probably the best thing to do was to skip an item like that.

A leftist Terre des Femmes director even called it “racism” because in the video mainly guys with a migration background showed up. That might suggest “migrants-boys need special tutoring lessons in bra-opening”.

Would that be the real problem? Because everybody knows after Cologne that migrants have no trouble opening bras. How about not broadcasting these sorts of sensitive subjects on a children’s channel with a target group of kids between 3 and 13 years old?

While Germany loves to censor its “cultural enrichment stories” it exposes young children to these wrong sorts of things, a clear “contradictio in terminis”.