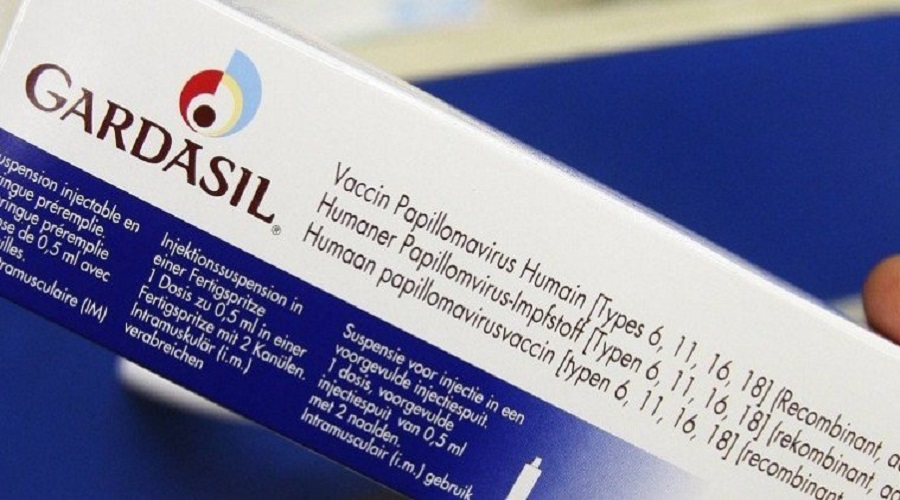 “When one looks at the independent literature, so, studies which are not sponsored by the vaccine manufactures . .  with relation to Gardasil, there have been several reports documenting multiple sclerosis and encephalitis, which is brain inflammation, in girls who have received their Gardasil vaccine. So, just because a study sponsored by the manufactures does not identify problems with the vaccine, does not necessarily mean that the vaccine is safe. In fact if one looks at the manufacturer studies, they’re often not designed to detect serious adverse events.” (source)

The quote above comes from Dr. Lucija Tomlinjenovic, a post-doctoral research fellow at the University of British Colombia. She’s published many papers on the efficacy and safety of HPV vaccines.

It’s a great quote to start this article with, because multiple studies have identified the fact that the studies used to approve this vaccine do not look for serious adverse effects. As a result, many young women have experienced drastic and debilitating changes after receiving the HPV vaccine. In rare cases it has even caused death.

One example comes from a study published in the British Medical Journal titled “Premature ovarian failure 3 years after menarche in a 16-year-old girl following human papillomavirus vaccination.” The study highlights an obvious fact, that “preservation of reproductive health is a primary concern in the recipient target group.” It is therefore ironic that the demonstration of ongoing and uncompromised safety for the ovary is, as the study points out, an “urgently required” need. You would think that the vaccine manufactures would look into this before approving it as completely safe. The abstract concludes by stating that “this matter needs to be resolved for the purposes of population health and public vaccine confidence.”

The main case in this study determined that, prior to the shots, the girl had healthy ovaries, and that there were no other identified factors besides Gardasil that could have been involved in her sudden sickness.

This information alone warrants further studies, and this is exactly what the corporation avoids. They do not want to look for or conduct studies that link the HPV vaccine to such a major issue like ovarian failure, no matter how rare it is. It really puts into question whether or not it’s even worth vaccinating your child with the HPV vaccine.
Adverse effects have been reported around the world, and they are, according to many experts, like Dr. Diane Harper (more info below), far more common than what we are made to believe through the literature.
As a result of all these complications and reports of young girls who’ve had their lives destroyed, the American College of Paediatrics put out a statement regarding the matter last year:

It has recently come to the attention of the College that one of the recommended vaccines could possibly be associated with the very rare but serious condition of premature ovarian failure (POF), also known as premature menopause. There have been two case report series (3 cases each) published since 2013 in which post-menarcheal adolescent girls developed laboratory documented POF within weeks to several years of receiving Gardasil, a four-strain human papillomavirus vaccine (HPV4).

The document pointed out something that should have been addressed before this vaccine was administered en masse. Firstly, long term ovarian function was not assessed in either the original rat safety studies or the human vaccine trials. Secondly, most primary care physicians remain unaware of a possible association between HPV4 and POF and may not consider reporting POF cases or prolonged missing menstrual periods to the Vaccine Adverse Event Reporting System (VAERS). Thirdly, potential mechanisms of action have been postulated based on autoimmune associations with the aluminum adjuvant used and previously documented ovarian toxicity in rats from another component, polysorbate 80. Lastly, it emphasized that, since licensure of Gardasil in 2006, there have been about 213 VAERS reports involving amenorrhea, POF or premature menopause, 88% of which have been associated with Gardasil. (source)
Another study published in the journal Pediatrics found that many paediatricians don’t strongly recommend the HPV vaccine. It found that a large percentage of paediatricians and family doctors — nearly one third of those surveyed — are not strongly recommending the HPV vaccine to parents and preteens, which is why, as illustrated by the study, HPV vaccination rates continue to drop.

Prior to this, another study was published in the journal Cancer Epidemiolog in 2015. Written by Melissa B. Gilkey, an assistant professor at Harvard Medical School, the study was designed to assess how physicians recommend the HPV vaccine. The authors were surprised to find that “physicians so often reported recommending HPV vaccination inconsistently, behind schedule, or without urgency. Of the five communication practices we assessed, about half of physicians reported two or more practices that likely discourage timely HPV vaccination.” (source)

Below is a clip from the recently released film Vaxxed of a boy named Colton and his mother Kathleen, who share his story of vaccine injury following the Gardasil vaccine with the Vaxxed team in Oren. I hope it will spark more questions and dialogue within the mainstream medical community.

Here are a few other articles of ours that deal with HPV vaccine injury;

So, Is It Worth the Risk? Is There Any Point Vaccinating Your Child With the HPV Gardasil Vaccine?

I recently published an article featuring an interview with Dr. Diane Harper, Chair of the Department of Family and Geriatric Medicine at the University of Louisville.[3] She taught from 2009 to 2013 at the University of Missouri Kansas City‘s Department of Biomedical and Health Informatics and held a clinical, teaching, and research post at Dartmouth Medical School from 1996 to 2009.

She is one of a mere handful of experts on the human papillomavirus (HPV) and one of the leading researchers in biomedical science. She has spent her life studying vaccines; she was the principle (lead) investigator of both HPV vaccines — Gardasil manufactured by Merck, Cervarix manufactured by GlaxoSmithKline — and has published the sentinel reports about the human papillomavirus (HPV) vaccine inThe Lancet and The New England Journal of Medicine. She designed the clinical trials for the corporations.

As one of the few people and experts involved in putting this vaccine out, Dr. Harper did something very brave, publicly countering the disinformation that was put forth by the corporation and its paid medical personnel and telling CBS newsthat, for the Gardasil vaccine, the “benefit is nothing,” and it will have no significant effect upon the rate of cancer in the USA.

Why? Because of all the women who get an HPV infection, approximately 70% of them will clear that infection all by themselves in the first year. You don’t even have to detect it or treat it. Within two years, approximately 90% of those women will clear it all by themselves. By three years, 10% of that original group of women left will still have an HPV infection, and 5% of this 10% will have progressed into a pre-cancerous lesion. So, “now you have that small group of women who have pre-cancerous lesions and now let’s look at that moving into invasive carcinoma. What we know then is that amongst women with. . . [pre-cancerous] lesions. . . it takes five years for about 20% of them to become invasive carcinomas. That’s a pretty slow process. It takes about thirty years for 40% of them to become invasive cervical carcinomas.” (source)

This begs the question, why do nine-year old girls need vaccinations for symptomless venereal diseases that their immune systems kill anyway?

As the video above illustrates, it has never been shown to protect against actual cervical cancer.

“It is a vaccine that’s been highly marketed, the benefits are over-hyped, and the dangers are underestimated.”

– Dr. Chris Shaw, Professor at the University of British Columbia, in the department of Neuroscience, Ophthalmology, and Visual Sciences (taken from the One More Girl documentary)

You can view the full interview HERE, as she documents how big pharma, in collusion with the government, approved and fast tracked the vaccine before appropriate scientific approval. She also documents how it doesn’t protect against cancer at all, as the corporation claims. It’s very informative and deals with issues the general public is not aware of.

I should also add, it’s important to recognize that Gardasil contains more aluminum that most vaccines. You can read more about that in the article linked below:

The Effect of Aluminum on Humans In Vaccines