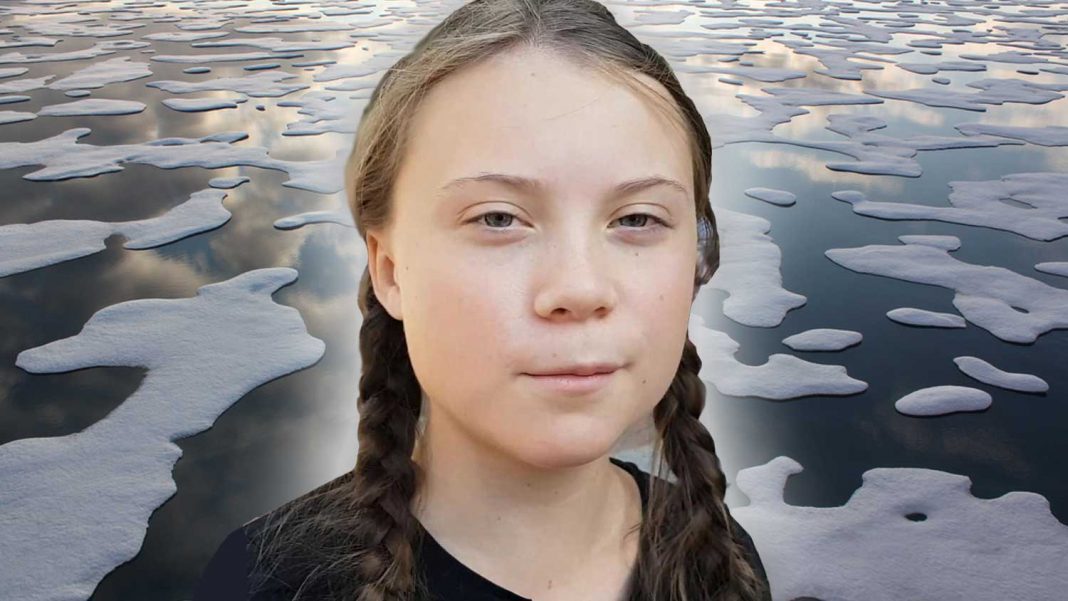 Is Greta Thunberg really a 16-year-old child prodigy? If you look at what is printed by the mainstream media you could be forgiven for thinking so. After all, she seems to be leading a millennial revolution to save the planet, all at age 16. She wrote a book on climate change, and spoke to various world leaders about it, or did she? 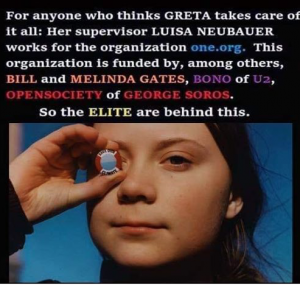 Greta Thunberg’s book was actually written by her mother, a well-known opera singer, by the name of Malena Ernman. Greta’s father is an actor, Svante Thunberg.

Greta has been diagnosed with Asperger’s syndrome, obsessive-compulsive disorder, and selective mutism. She has said that “being on the spectrum was an advantage, as almost everything was in black and white”. She also stated that “I feel like I am dying inside if I don’t protest”, and “I am doing this because you adults are shitting on my future”.

But if you think that Greta’s parents are the only ones pulling the strings on poor disadvantaged Greta, then you would be wrong. The real puppeteers are the “One Foundation”.

Who is the One Foundation, I hear you ask? Remember the song “One” by U2? The One Foundation was set up by none other than Bono, who was previously accused, much like the Clinton Foundation, of using a charity to line his own pockets, with Bono taking 99% of the charity donations. Some of that charity money is going to fund climate activism; the rest, presumably, funds Bono.

If you think that Greta being funded by a Bono run charity is bad enough, you ain’t heard nothing yet! Bono has also joined with the Bill and Melinda Gates Foundation and…George Soros, to push Greta Thunberg as the new face of global climate change rebellion.

So there we have it: the real money behind the global push for climate change, with Greta Thunberg as their talking head, is a consortium of Bono, Bill Gates and George Soros, people who clearly don’t give a toss about using a poor autistic girl to push their radical climate agenda.

One thought on “Greta Thunberg: Child prodigy, or an exploited puppet of the Left?”