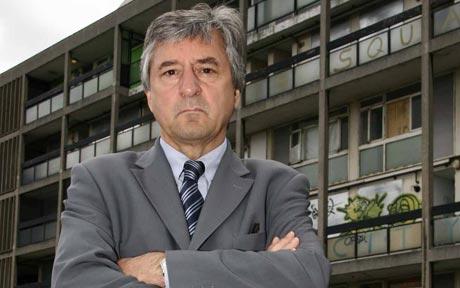 A Labour minister says his party has been infiltrated by a fundamentalist Muslim group that wants to create an “Islamic social and political order” in Britain.

The Islamic Forum of Europe (IFE) — which believes in jihad and sharia law, and wants to turn Britain and Europe into an Islamic state — has placed sympathisers in elected office and claims, correctly, to be able to achieve “mass mobilisation” of voters.

Speaking to The Sunday Telegraph, Jim Fitzpatrick, the Environment Minister, said the IFE had become, in effect, a secret party within Labour and other political parties.

“They are acting almost as an entryist organisation, placing people within the political parties, recruiting members to those political parties, trying to get individuals selected and elected so they can exercise political influence and power, whether it’s at local government level or national level,” he said.

“They are completely at odds with Labour’s programme, with our support for secularism.”

Mr Fitzpatrick, the MP for Poplar and Canning Town, said the IFE had infiltrated and “corrupted” his party in east London in the same way that the far-Left Militant Tendency did in the 1980s. Leaked Labour lists show a 110 per cent rise in party membership in one constituency in two years.

In a six-month investigation by this newspaper and Channel 4’s Dispatches, involving weeks of covert filming by the programme’s reporters:

Mr Galloway now says they were one of many groups which supported his anti-war stance and had never sought to influence him.

Some said they were canvassed by a senior IFE official on his behalf. After Mr Rahman was elected, a man with close links to the group, Lutfur Ali, was appointed assistant chief executive of the council with responsibility for grant funding.

This was despite a chequered employment record, a misleading CV and a negative report from the headhunters appointed to consider the candidates. The council’s white chief executive was subsequently forced from his post.

Since Mr Rahman became leader, more council grants have been paid to a number of organisations which our investigation established are closely linked to the IFE.

Funding for other, secular groups was ended or cut. In the borough’s well-known Brick Lane area, council funds were switched from a largely secular heritage trail to a highly controversial “hijab sculpture”, angering many residents who accused the council of “religious triumphalism”.

Schools in Tower Hamlets are told by the council should close for the Muslim festival of Eid, even where most of their pupils are not Muslim.

Mr Rahman refused to deny that an IFE activist had canvassed councillors on his behalf. He said: “There are various people across Tower Hamlets who get excited, who get involved.”

He would not comment on concerns about infiltration, saying they were “party matters”. He said: “If you look at our flagship policies, like investing £20 million to tackle overcrowding, you can see that we are working for everyone.”

The IFE said it did not seek to influence the council and had not lobbied for Mr Rahman. “If anything, existing members of the Labour Party have joined the IFE, rather than the other way round,” it said.

The group insisted it was not a fundamentalist or extremist organisation and did not support violence.