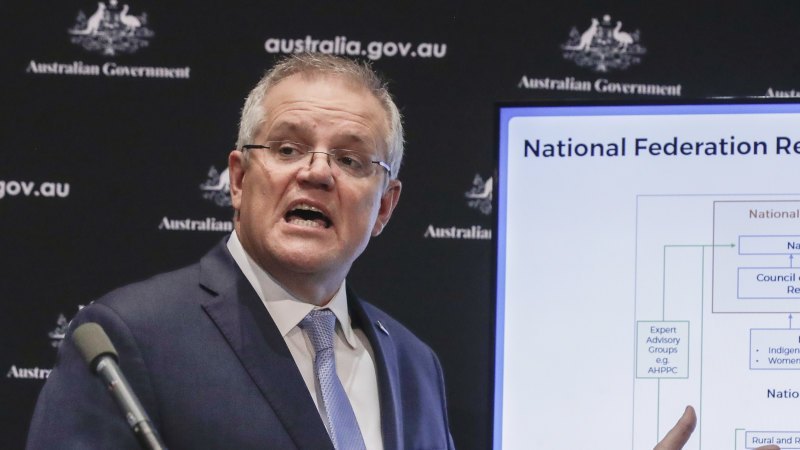 COAG is set to be replaced by the National Cabinet, which will continue to operate on a fortnightly basis during the current COVID-19 climate. It will reduce to monthly meetings in the future.

The cabinet, formed in response to the COVID-19(84) pandemic, will see the existing Council of Australian Governments scrapped and control further centralised.

“That new system is focused on the success that has been yielded by the operation of the National Cabinet.”

There is scant detail on how national policies will now be governed in the future, but it appears there will be new mechanisms for reporting directly and solely to the National Cabinet.

The move will elimate current systems of intergovernmental negotiations, including advice by industry think-tanks, transforming the bureaucratic process to a digital-only national setting.

The following table shows how this move will change key government processes in Australia:

According to Morrison, the National Cabinet will be driven by a singular agenda, and that is to create jobs. Could this include new pushes for a high-speed rail line to kickstart the post-COVID economy?

Either way, the role of government decision-making is set to undergo an interesting transformation, replacing a system that has been instrumental in national policy.

Scott Morrison assured the media at last week’s press conference that despite the COAG overhaul, the new National Cabinet framework will continue to address national issues like indigenous issues, women’s rights and the promotion of social equality.

An important feature of the new structure is the fact it will operate under the same rules as Federal Cabinet, which will mean greater levels of security for documents, processes and procedures.

Why is this important? To answer, we must first understand the role of COAG and why public access is vital to the work this body undertakes.

COAG is the peak intergovernmental forum in Australia, established in 1992, to manage “matters of national significance or issues that require coordination between multiple levels of government”.

Recently, it played a key role in bringing about Australia’s national facial recognition legislation, after an overhaul of controversial ‘anti-terrorism’ laws. The group has also managed reform on management in the Murray-Darling Basin, which has been a pressing topic over the years.

Other agreements have been reached on areas as diverse as food regulation, occupational health and safety, gene technology, biosecurity and coordinated responses to PFAS contamination.

The responses from stakeholders have been been varied, with a number raising questions and concerns around transparency, governance, representation and a limited agenda.

What happens when these things become centralised? Think about that for a second.

Further, if all COAG arrangements are suspended, this might impact disproportionately on the smaller sectors in terms of being able to share information and ideas across the federation — especially when these smaller sectors have been hit particularly hard by COVID.

Australian experts are concerned the decision to kill off COAG as the country’s peak intergovernmental forum will lead to far less focus on health, poverty and food security, and worryingly less transparency in national decision-making.

While some may be impressed by the level of cooperation between the commonwealth and state governments in the past few months, the ceasefire in the usual inter-jurisdictional arguments has been driven by the shared interest in controlling this narrative.

In the future, it is unlikely this level of shared interest will be found in the longer term across the usual issues that governments need to negotiate.

For example, local government is concerned its voice on national decisions will be diminished after Scott Morrison said COAG will be abolished and replaced.

Moreover, the public is unlikely to have the opportunity to scrutinise any negotiations and decisions, now becoming ‘cabinet-in-confidence’.

COAG minutes were subject to Freedom of Information (FOI), whereas these ‘national cabinet’ processes are said to be ‘confidential’ under usual cabinet rules.

Are you starting to see what is going on here?

These tactical manoeuvres do little to address the serious governance challenges in our system, rather they continue to mould the power structure further against the people.

What is needed is a structure which provides a voice at the table for primary and acute voices, the private and public sector, researchers and consumers.

An independent body with broad representative leadership could strengthen our system in ways we have been unable to achieve through traditional political and bureaucratic structures.

But this is NOT what they want. That’s why they now look to hide behind the curtain even more.

No doubt, this is a further way to consolidate all power to the top as issues like Agenda 2030 and 5G rollouts carry on. The new announcement of an official recession, combined with the continued lunacy of ‘new normal’ guidelines, will ensure regional Australia will never recover.

Now we can see that any potential voice to fight back on a national stage is also gone.

All hail the National Cabinet?