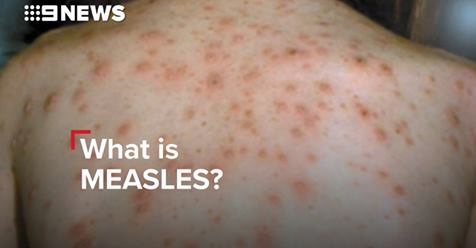 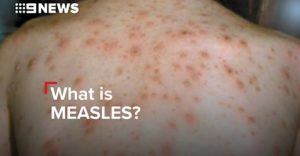 The mainstream tells us there is a horrible measles epidemic in Romania.

“Romania: Measles Epidemic Kills 46, Baby”
“Romanian health authorities say a nine-month-old baby has died of measles, the 46th fatality from an epidemic that has struck the country over the past year. The National Centre for the Supervision and Control of Transmissible Diseases said on Friday that the infant, from the Black Sea port of Constanta, had not been vaccinated. It said 204 new cases of measles were reported this week in Romania, taking the confirmed total to nearly 12,000 since the disease’s outbreak last year.”
Before we join the great hunt for a measles virus and line up for our vaccines, WHAT IS MEASLES?
It is said to be caused by a virus. The experts are saying it is, “spread in the air through coughing or sneezing.”
Lidia Tibru, from Romania, is skeptical. “I’m originally from Romania and last year we went to visit for a month with my then 16 months old daughter when the “ epidemic “ was going on .., it is true that a lot of people died especially children but what they don’t tell you is that they already had something going, so measles was secondary also kids coming from poor families, malnutrition playing a big role…”
Stefan Lanka, a virologist has long ago taken a hard stance, stating that the measles virus has not been proven to exist, that it has never been isolated. He offered 100,000 Euros to anyone who could prove him wrong. He has prevailed against a formal challenge in German Supreme Court. German Supreme Court Upholds Biologist’s Claim that Measles Virus Does Not Exist
The Romanian measles epidemic has another problem. Where are the toxicological studies that discount pollution such as pesticides and polluted water? Poison is an obvious possibility in this world, but routinely, the medical industry, including its journalists, avoid mentioning anything relevant to toxicology, as they begin their virus dramas.  Air Pollution Linked To Measles Incidence, Proving Immune Status Is Vital In Disease Risk