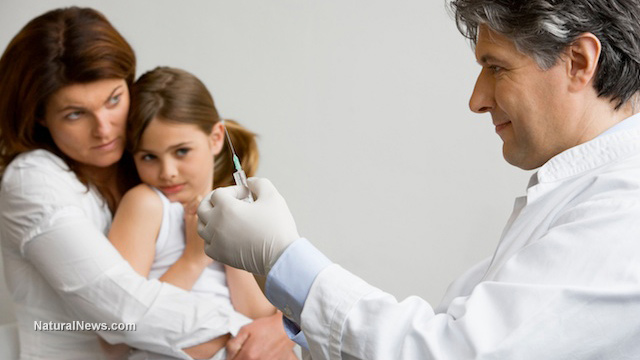 Krystal Simmons said that she made it clear on the form that she did not want her daughter to get vaccinated at Central School.

“I also wrote in capital letters with stars ‘Do not give my child a flu shot.’ And I signed my name at the bottom of it,” said Simmons.

She said it still happened.

“I didn’t even sign the paper. I didn’t sign it. I didn’t send it back. I just got it out of my truck actually. so the fact that he got the vaccine that I didn’t want him to have anyway kind of angers me. Because he’s still throwing up as of yesterday,” said Covan.

Flu shots can have side effects, but pediatrician Dr. Pamela Michelle Grier-Hall said people should get them.

“Last year was one of the worst flu seasons we’ve seen in a very long time. We’re hoping this flu season is not as bad, but we are encouraging all parents for all the children 6 months and up to get their children vaccinated for the flu because it can actually save your child’s life,” said Dr. Pamela Michelle Grier-Hall, with Community Health Northwest Florida.

She said consent is mandatory.

“When we give a consent form here in our office it’s a consent form to the vaccine and when a parent reads it they’re actually consenting when they sign at the bottom and I think there may have been just a misunderstanding or some confusion if there was only a ‘yes’ box and that line to sign,” said Grier-Hall.

“Any child whose parent has filled out the form and signed it, giving us consent then we’ll vaccinate those students,” said Gannelli.

Healthy Schools sent Channel 3 News a statement on Tuesday saying, “We were made aware that a small number of students submitted signed consent forms with conflicting consent information.”

But Gannelli said it’s up to the nurse.

“A nurse will look at these forms and they use their judgment. There could be various reasons why people add things to it, but if we see a signature that verifies consent for us,” said Gannelli.

Healthy Schools said they are not aware of a child receiving a flu shot by one of their nurses without a signed consent form.