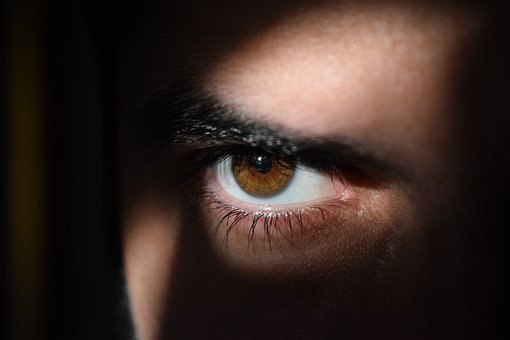 Boffins have developed a system to create images of a room without seeing what is actually inside it.

The new technology works as Wi-Fi is not restricted to physical boundaries and has the capability to travel through objects.

While most of the Wi-Fi signals are received by the likes of our phones and computers, some signals remain in the open, which scientists have found a way to utilise.

The technology from German engineers sees two antennae put to use: one is stationary while the other is mobile.

The fixed antenna records the background of the Wi-Fi field while the other antenna is moved to different points to gain alternative reference points.

Both antennae record the intensity of the Wi-Fi signals and its ‘phase’ – the light property that comes from the wave.

Recordings are simultaneously fed into a computer which is then able to generate 3D holograms. 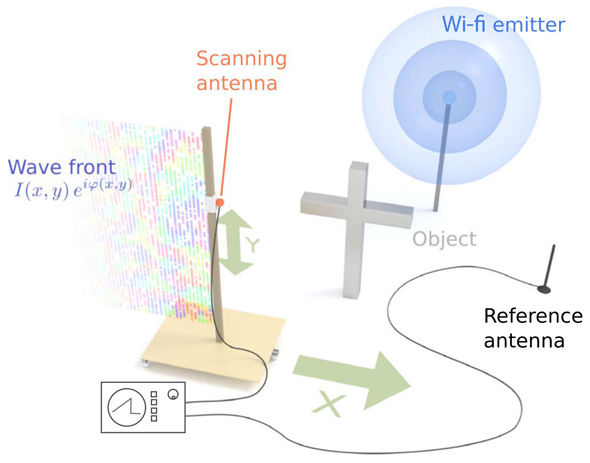 The remote and moveable antennae

Philipp Holl, an undergraduate physics student at the Technical University of Munich (TUM), told Business Insider: “It can basically scan a room with someone’s Wi-Fi transmission.

“If there’s a cup of coffee on a table, you may see something is there, but you couldn’t see the shape.

“But you could make out the shape of a person, or a dog on a couch. Really any object that’s more than four centimetres in size.”

An object through a wall

Eventually, the technology will be sufficient enough that “you could probably use a drone to map out the inside of an entire building in 20 to 30 seconds,” according to Mr Holl.

However, it does come with obvious security concerns.

TUM professor Friedemann Reinhard said in a press release: “Of course, this raises privacy questions. After all, to a certain degree even encrypted signals transmit an image of their surroundings to the outside world.

“However, it is rather unlikely that this process will be used for the view into foreign bedrooms in the near future.

“For that, you would need to go around the building with a large antenna, which would hardly go unnoticed. There are simpler ways available.”