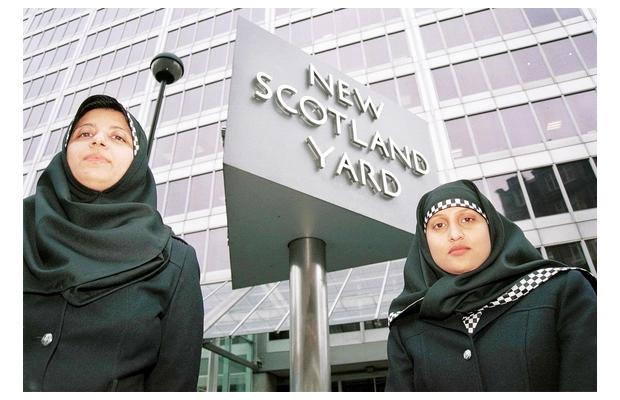 Published time: 7 Jun, 2016 12:14
© David Moir / Reuters
Police Scotland is to introduce a hijab to its uniform in an effort to attract more Muslim women to a force which is failing to reflect the diversity in the country’s population.
TrendsViral

Currently, only 1 percent of Scotland’s police officers come from a black or minority background, compared with 4 percent of the general population.

The “sourced and tested” hijab was announced by the Scottish Police Authority at a public meeting in Glasgow this week as part of their Work Force Diversity Strategy, aiming to encourage “people from under represented groups to consider policing as a career.”

“This prototype will now be presented to the Uniform Standards Working Group for their consideration,” the police document states.

Currently, female officers wishing to wear a headscarf have to seek permission from their line manager, who will most likely be a white male in an organisation where only one fifth of promoted posts are filled by women.

Of the 17,000 Police Scotland officers, only 175 identify as black, Asian or minority. With only 127 (2.6 percent) of applicants last year from non-white ethnic backgrounds, the force will need to recruit 650 to better reflect diversity in the country’s population.

This target was “unachievable” according to the Scottish Police Authority. However, the police diversity problem looks likely to grow exponentially as minority populations increase in Scotland, having almost doubled since the 2011 census and expected to double again by 2021.

This week’s hijab announcement comes 15 years after London’s Metropolitan Police permitted officers to wear hijabs. However, diversity in the Metropolitan police force is also non-reflective of the population, with recent data showing white officers to be proportionally over represented and all other ethnicities under represented.