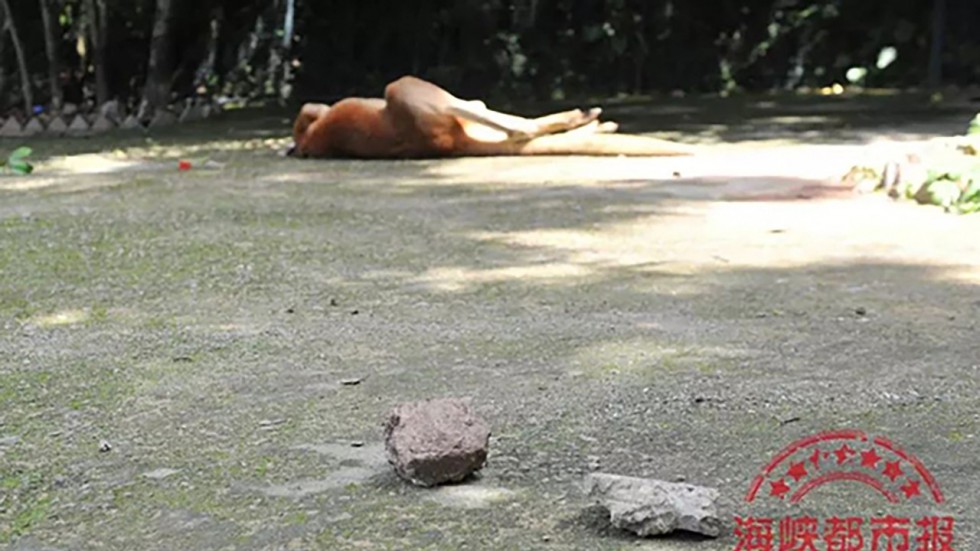 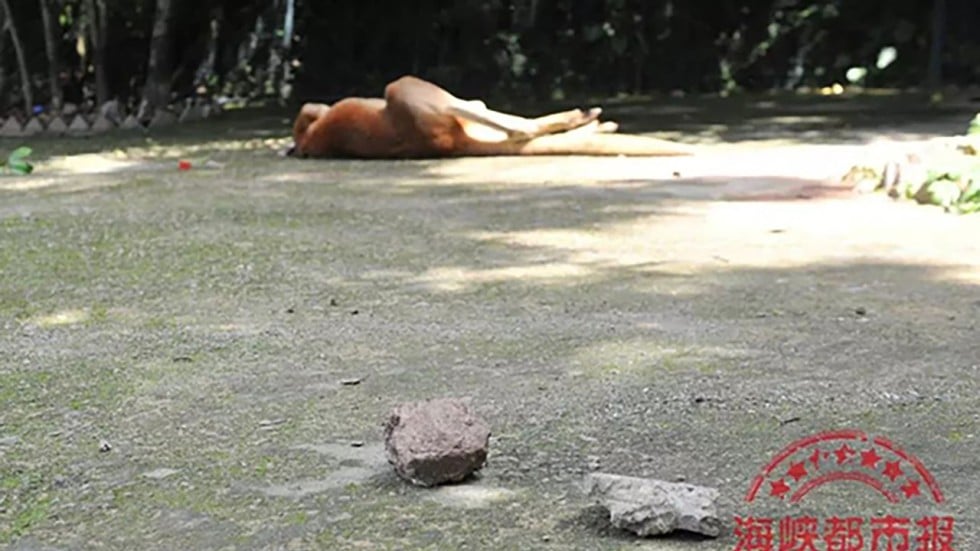 READ MORE
A 12-year-old female kangaroo suffered a severely injured foot when it was struck by bricks and concrete chunks on February 28 at the Fuzhou Zoo in Fujian province, China Central Television reported.

The kangaroo died days later and an examination by a veterinary surgeon revealed that the cause of death was probably a ruptured kidney after the animal was hit by the projectiles.

A few weeks later, a five-year-old male kangaroo at the same zoo was slightly injured in a similar way, according to the report posted on the network’s website late on Thursday.

Chinese man charged with stabbing kangaroo to death in Australia

The report included pictures of the first kangaroo’s smashed and nearly severed foot, and of the animal receiving treatment via intravenous drip before it died.

Visitors to the zoo were known to try to provoke the kangaroos to get them to display their signature hop.

The report did not mention whether anyone was punished over the matter, but it said the dead female would be stuffed and put on display and the zoo would look to install security cameras to deter visitors from harming animals in future. 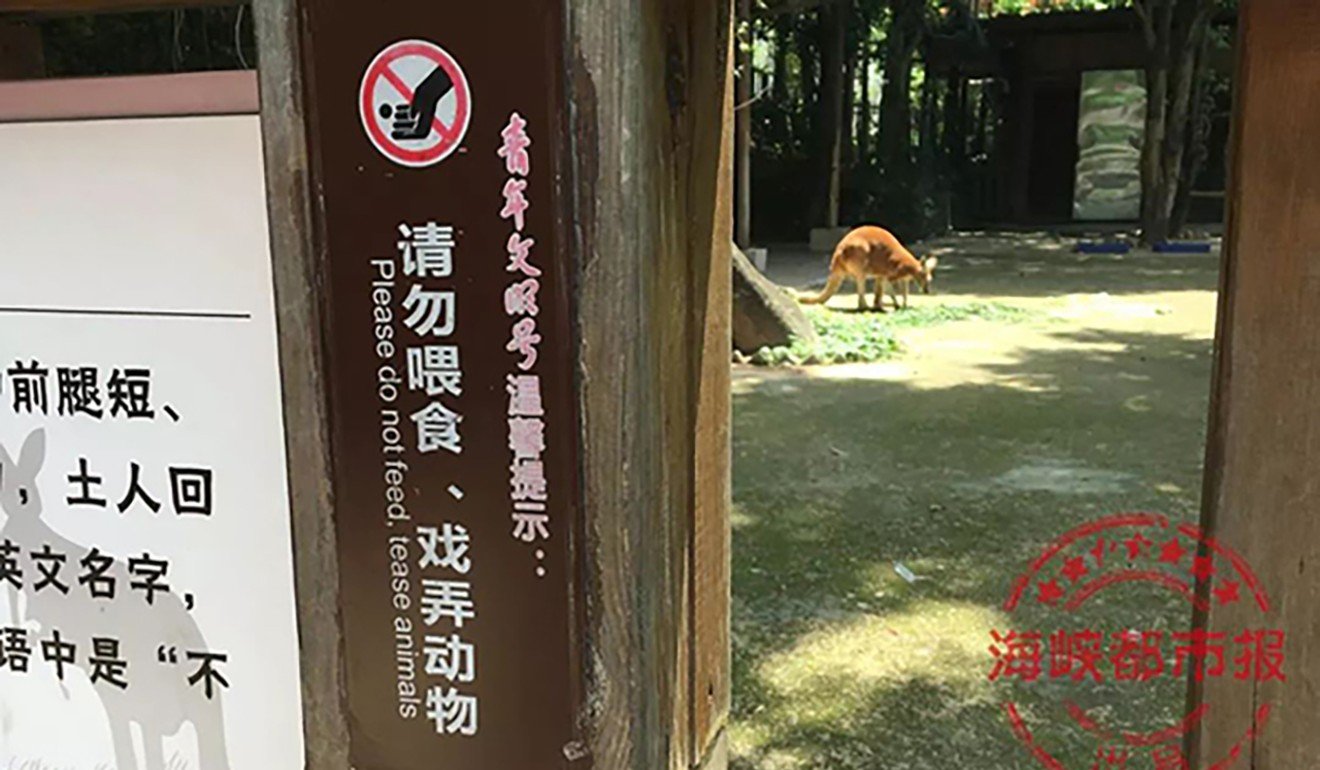 China’s lightly regulated zoos and wildlife parks often make news for the wrong reasons, typically involving abysmal conditions in which animals are kept or insensitive actions by visitors in a country where the notion of animal rights is not deeply ingrained.

Chinese man throws rocks at zoo kangaroos to get them hopping

Among recent examples, horrified visitors to an animal park in eastern China’s Jiangsu province watched last June as tigers killed a donkey that was released into their enclosure by investors angry over a business dispute related to the zoo, according to media reports.

A few months earlier, a zoo visitor died after he was mauled by tigers whose enclosure he entered in the city of Ningbo, south of Shanghai.