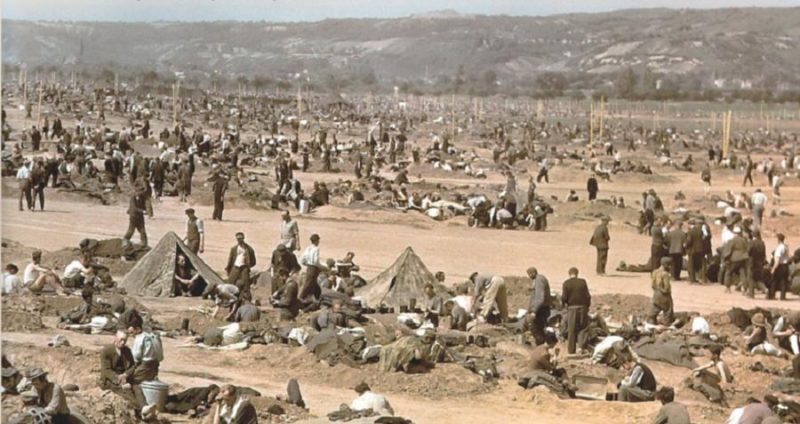 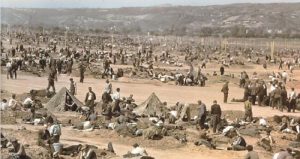 At the end of World War II in violation of the Atlantic Charter, between 12 and 19 million Germans were expelled from their long-established homes in East Prussia, Pomerania, Brandenburg, Silesia, Memel and the Baltic states, Danzig, Poland, Czechoslovakia (Sudetenland), Hungary, Yugoslavia, and Romania.

This mass expulsion of ethnic Germans from their homes was going on while the Nuremberg trials were prosecuting officials of the German Third Reich for mass deportations of Jews and Gypsies.

The allied expulsions of Germans exceeds in number the deportations by the Third Reich. Unlike the Israelis, the German government does not demand reparations for the dispossessed Germans. Instead of being compensated for their dispossession, the Germans pay compensation to the Jews, and the amount rises over time.

The number of Germans who died from the crimes inflicted on them during the expulsions rival the number of holocaust victims and is better documented. Estimates are that 25% of German expellees died in the process. That could be as many as 4,750,000.

While as many as nearly 5 million German expellees were dying from the starvation, exposure, and murder that characterized their deportation, the French chief prosecutor at Nuremberg sanctimoniously declared deportations by the Third Reich to be “one of the horrors of our century.”

11 Million Germans Were Murdered After WWII

During World War II the Americans expelled Japanese-Americans from their homes and businesses and kept them in concentration camps.

The Israelis have been deporting Palestinians from Palestine since 1947. Gaza today is the largest concentration camp in world history.

Stalin deported millions of Russians to the Gulags where they died from over-work, under-nurishment, and exposure.

But only Germans were punished for deportations.

The post-war mass deportations of Germans supports Hitler’s view that ethnic Germans needed to be gathered into one territory for their protection. Today ethnic Germans are being displaced in their own country by Third World peoples brought into Germany by Germany’s anti-German political leadership.

This is the last century of European peoples. By the end of this century, European people and European culture will not exist. A leaderless people cannot survive.

While reading chapter 6, keep in mind that you are not reading John Wear’s opinion. You are reading facts documented by many historians and published by Harvard University Press, Yale University Press, Basic Books, and Palgrave Macmillan.

You can read more in the book “GERMANY’S WAR: The Origins, Aftermath & Atrocities of World War II“

2 thoughts on “The Crimes Of The Allies Far Exceed Those Of The Third Reich: The Fate Of Post-WWII Germans Deported From Their Homes”