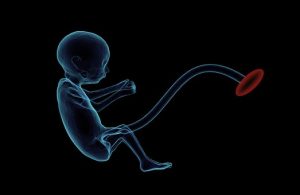 In a groundbreaking article for Children of God For Life, titled “Forsaking God For the Sake of Science,” [1] [1b] Debra Vinnedge outlines how the Rockefeller-Harriman eugenics movement gave rise to the practice of medical abortions for research purposes, including live births during which the infant was murdered and its organs harvested:

“…Abortion wasn’t legal yet; this was 1936. But abortion was most certainly legal and acceptable [to eugenicists] if it meant ending the life of a child who would be born to a ‘feeble-minded’ woman, one who might end up less than perfect or who might have to rely on society to pay for their care.”

And therefore, why not perform abortions for medical research? Behind closed doors, out of view, this was happening in several countries, including the US.

Consider this research report: “Human embryos of two and one-half to five months gestation were obtained from the gynaecological department of the Toronto General Hospital…No macerated specimens were used and in many of the embryos the heart was still beating at the time of receipt in the virus laboratory.”

The authors are certainly describing an infant who was taken from the womb alive, and after cells were harvested, was killed. For research on “growing virus in cell culture.”

Here is another research report that indicates the infant was born alive, its tissues taken, and then killed:

“Embryos of between 12-18 weeks gestation have been utilized. Rarely tissues were obtained from stillborn fetuses, or from premature infants at autopsy…In the experiments 3 sorts of embryonic materials were used: elements of skin, connective tissue, muscle; intestinal tissue; brain tissue…Whenever possible the embryo was removed from the amniotic sac.., transferred to a sterile towel and kept at 5 C until dissected.”

Again, the infant’s tissue was used, in the lab, to “grow virus in cell culture.” The cells were from the infant.

My readers know that, for the past year, I’ve been exposing virologists’ absurd claims that they’re isolating viruses in their labs. [4] [4b] [4c]

In fact, they create soups in dishes, containing toxic drugs and chemicals, monkey cells and human cells, and a mucus sample from a patient. When the cells start dying, they claim this is proof the virus is in the mucus, in the soup, and is deadly.

Of course, this is nonsense, because the toxic drugs and chemicals are perfectly capable of killing the cells; and the cells in the soup are being starved of nutrients, which would also lead to cell-death.

The isolation of viruses is no isolation at all. It’s a fraud.

But it never occurred to me, until now, that some of these human cells in the soup in the lab came from infants, taken from the mother’s womb alive, for harvesting, who were then killed.

This completes a circle of evil.

Of course, out of the virological research fraud and infant murder come THE VACCINES, including the COVID vaccines, which are causing huge numbers of injuries and deaths across the world.

People of faith everywhere must see that declaring a religious exemption from the shots is a DUTY, whether or not the authorities allow the exemption.

The last time I looked, appealing to Pontius Pilate for an exemption didn’t work, and the status of Anthony Fauci is not higher than the Authority to whom, at minimum, four billion people of faith pray.