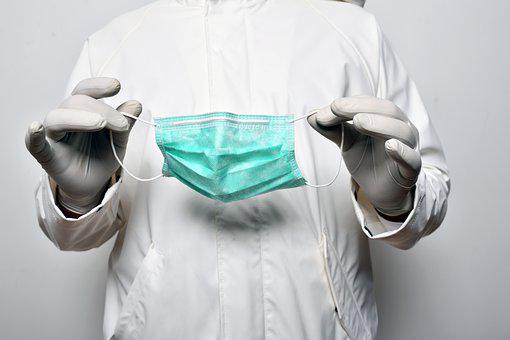 Actually, this is a point I’ve made before, but now I’m boiling it down to the bare essentials.

If you were a) honest and b) the head of a major public health agency, there is something you would do, before declaring COVID a worldwide pandemic requiring extraordinary measures (e.g., lockdowns).

You would carry out a study.

A study to confirm that a newly discovered virus (SARS-CoV-2) really exists and is causing illness and death on a global scale.

After all, that is the claim. So wouldn’t you want to prove it’s true? Wouldn’t you feel compelled to do that—rather than just SAY it’s so?

This study wouldn’t focus on 20 or 30 or 50 patients. Those numbers are far too small. We’re not talking about the assertion of a minor viral outbreak. This is supposedly a titanic disaster.

You would gather together a few thousand people, at minimum.

All these people have been diagnosed with the purported pandemic infection.

You would take tissue samples from these patients and analyze them. You would test them for the presence of the new virus.

How could you NOT?

—And yet, such a study WAS NEVER DONE.

Try making excuses for that omission.

We’re talking about science on such a basic level, a child would understand it. You say X is causing a global pandemic—so test for the presence of X. Test for it in a sufficient number of people. Immediately.

Since you’re claiming more than a billion people could become infected, surely you should test at least a few thousand people, to make sure you’re right.

THIS WAS NEVER DONE as one complete study.

Now, we could certainly argue about the kind of test you should run to see if the virus is present. Is the test accurate? Is it reliable? Is it relevant? Of course. I’ve covered that subject exhaustively. But here I’m putting all that aside. The point is, you WOULD test for the virus.

Even the staunchest most rabid defenders of the existence of SARS-CoV-2 would have to agree, if they were being honest.

In other articles, I’ve offered much proof that SARS-CoV-2 doesn’t exist—but here I’m just making the most basic of points: RUN THE STUDY, DO THE TEST.

So what do I get in the way of replies from the “defenders?” They completely ignore the need for the wide-ranging study I’m demanding; and instead they persist in offering up small studies that focus on three patients, 40 patients—as if that is sufficient for declaring a global pandemic and wreaking massive destruction, by lockdowns and other measures.

They keep insisting these little minor studies are sufficient. Why? Because that’s all they have. So they pretend they’re doing good science.

Some of them know they’re faking it.

Here’s an analogy anyone should be able to understand. Putting aside lying and cheating and fabricating in doing studies, when a company wants to gain approval from the FDA for a new drug or a new vaccine, how many people do they enroll in their clinical trials, to prove safety and efficacy?

Pfizer enrolled 30,000 people in their clinical trial of the RNA COVID vaccine.

Why didn’t they just enroll 40?

Because they couldn’t get away with it.

So why doesn’t the same standard practice apply to proving the existence of a virus that is supposedly causing widespread illness and death across the world?

The rabid defenders of the virus also try to make this point: since millions and millions of people have tested positive for SARS-CoV-2, this proves the virus exists and is causing terrible damage.

This is what I call “after the fact” proof.

By that standard, Pfizer would have been able to market its COVID vaccine without any clinical trials at all.

No. The proof required for a major medical/scientific assertion comes WHEN THE ASSERTION IS FIRST MADE, before all sorts of brutal measures are taken that are based on that assertion.

The rabid defenders of the virus twist and distort science to fit their agenda—and then claim OF COURSE everybody knows the virus exists.

You buy what they’re selling at your own peril. They have their story and they’re telling it over and over.

They’re naked, walking in the rain, pitching you raincoats.