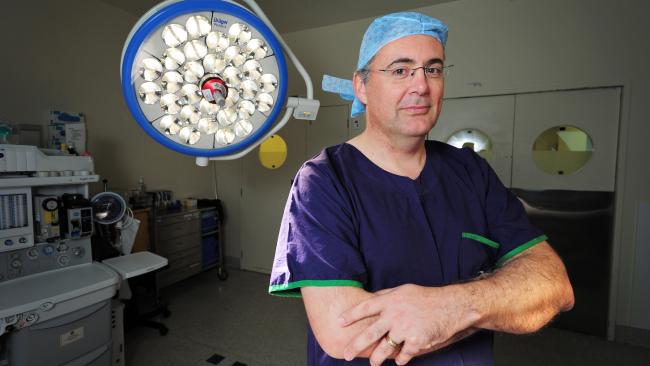 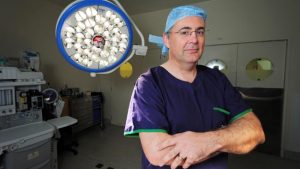 Pauline Hanson dared to suggest that parents should do their own research.

In late February 2017, Senator Pauline Hanson created quite a storm by suggesting that parents should do their own research and make their own decisions aboutvaccinations. This comment sounded rather innocuous as, after all we do live in a society which respects the right of the individual and insists on informed consent for all medical decisions (Good Medical Practice, The AMA Code of Conduct Item 2.3).

However it was met with a barrage of derision, and insults to the patient or parent’s capacity to make a decision, or to do adequate research on the matter. These comments clearly indicated that the commentators had no idea that many parents are far more

sophisticated in their search methods than just using Wikipedia or Google.

One of the most representative, and most distasteful, commentaries was provided in “The Conversation” by a Dr Michael Vagg, a pain specialist who, under current AHPRA regulations would be regarded as not qualified to give any opinion on vaccinations.(As a precedent I would cite the difficulties faced by Dr Gary Fettke, an orthopaedic surgeon who has been cautioned by AHPRA for giving (accurate and legitimate) dietary advice to his patients, when his specialist qualification does not specifically qualify him for that.

This comment stood out more than anything else: “You don’t need to do your own research” Unless you’re a senior research scientist with your own lab, a posse of postdocs and serious wad of cash, we don’t need your help.

Firstly we need to separate out doing research in labs and investigating the state of the current research and the process of synthesising that research in to guidelines, and then into clinical practice.

How Accurate Is the Science that we base our decisions on?

The first point of concern is that there is a serious crisis in the scientific world concerning the replicability of scientific research. John P. A. Ioannidis writes about this in his paper” Why Most Published Research Findings are False”

Further commentary and links to unsatisfactory results are found at this Open Science blog: This blog links to several resources including studies by Bayer in 2011 showing that more than 75% of their studies could not be replicated, and another study by Amgen, which looked at 53 studies deemed to be landmark studies but could only reproduce 6 of them.

How Biased is the Science that we base our decisions on?

There has been extensive discussion around the problems caused by the funding of research by pharmaceutical companies and many examples of dishonest practices. One of the most dramatic of these was the distorted research data that allowed Merck (also a vaccine manufacturer) to get its new anti-inflammatory Vioxx authorised by the FDA. That was shown to cause many heart attacks with a minimum of 50,000 deaths, and resulted in a damages payout of 4.85 billion dollars from Merck in a class action.This is only the tip of the iceberg, but it is pharmaceutical companies that produce vaccines and they are indemnified against damage caused by their products.

However, the issue goes much further than fraud. According to an article in European Journal of Clinical Investigation, it observes that in the USA between 57 and 87% of guideline authors have a conflict of interest.

Stamatakis et al list a number of areas of concern. Studies are funded by for profit organisations are four times more likely to find in favour of the studied drug. Furthermore the for profit studies are not looking at non drug treatments and the authors comment that “medical research is doomed to navigate only questions posed by the industry and their extensions.There is increasing direct evidence about the manipulation of reported results in industry-sponsored trials, which demonstrate favourable results and the avoidance of inconvenient findings.”

So the outcome of this is that only the questions that interest large pharmaceutical companies get studied. The corollary of this is that proponents of pharmaceuticals, and their allies in the so called “Science Based Medicine” movement are able to attack and marginalise complementary medicines with a view to removing them from the market because they don’t have any science to support them. These claims are usually false, but the total volume of published science in complementary medicine is clearly lower. Stametakis et al also highlight that between 57 and 87% of members of committees involved in establishing guidelines have conflicts of interest.

Guidelines and their flaws.

The published science is only part of the equation governing clinical care. Prepared clinical guidelines are becoming more dominant and while they were meant to inform clinical practice now they are increasingly dictating it, with the result that non compliance is seen as malpractice.However the preparation of clinical guidelines is a complicated process and there are many points at which it can fail.

I will use as my example here the Australian Immunisation Handbook, 10th Edition (2013) There are three committees involved in vaccination decisions ATAGI (Australian Technical Advisory Group on Immunisation, the (NIC) National Immunisation Committee and the Advisory Committee on the Safety of Vaccines (curiously the name of that committee has dropped removing the word safety).

It is relatively easy to find a conflict statement from the NIC (and 8 of the 15 committee members have disclosed conflicts ranging from payment for travel by vaccine companies to doing research partly funded by vaccine companies) but I could not find conflict of interest statements for the other two groups.Again Stamatakis et al observe that in the USA between 57 and 87% of guideline authors have a conflict of interest.

The science used by the NIC. The first problem with any Guidelines is the currency and relevance of the evidence.

Edition 10 of the Australian Immunisation Guidelines was published in 2013.

criteria for the data searched can be found here:

The criteria for exclusion were

• Language – searches were limited to items in English.

• In vitro – items discussing only in vitro studies were removed

So, by the time of publication, the research base was already 2 years out of date. In some areas it may be much more. For instance the Cochrane Collaboration was mentioned. The most recent Cochrane review of aluminium adjuvants appears to be 2004, based on 21 papers, all published between 1968 and 2003. By way of comparison this quick check on Pubmed using the terms “aluminium” and “neurotoxicity” revealed 417 papers, and many of them were recent:

Secondly we have no real information as to the extent of the searches being done by the NIC. We do know that the CDC has managed to find reasons to avoid considering many studies, and we have no assurance that the same is not happening in Australia.

Thirdly, we have no idea if the search terms used were adequate, and did not reflect the research and cognitive biases of the committee members. Restricting searches so that they avoid references to abstract only items is simply unacceptable. If a full article is not available for free then the Health Department should be paying for it.

The restriction on papers not written in English is unlikely to be a major problem given current practices ensuring that most science done is written in or translated to English Regardless of that an attempt should be made to at least assess the abstracts using translation software.The last two restrictions, however are more serious: namely the exclusion of animal only or in vitro studies.

The major concern here is around vaccine adjuvants. There is ample evidence of the toxicity of aluminium, and the only real question is the toxic dose. I suggest it would be impossible to get an ethics committee approval for a human study trialling injections of aluminium. It would also be hard to find a control population that was not dosed with it.

So in reality, when we look at the Australian Immunisation Guidelines it is clear that there are serious issues with the selection of the research which is used to inform the guidelines, that guidelines in general can never be current, and that the process that establishes these committees is lacking in transparency and is probably not free from bias.

So, in short, to answer Dr Vagg, and those who support his views, it is simply not possible to say that the science is as settled, complete and unbiassed as he claims. In this setting there is no way that imposition of mandatory vaccines, abolition of the right to refuse consent, or penalties for not vaccinating can ever be appropriate.

** Dubious Anonymous is a medical practitioner who has enough sense to keep a low profile when offering an intellectual critique of his profession, because he knows they can’t take it.